Zverev advances to US Open fourth round after Sock withdraws 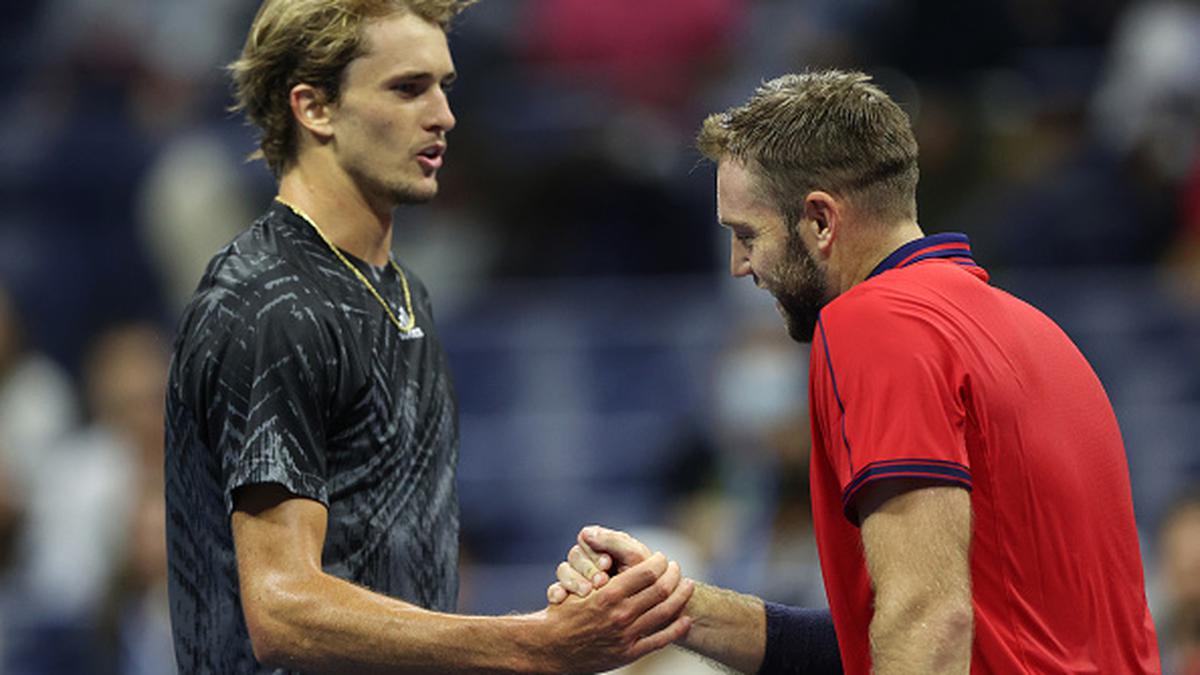 Fourth seed Alexander Zverev advanced to the fourth round of the US Open on Saturday, when Jack Sock retired with a thigh injury trailing 3-6, 6-2, 6-3, 2-1.

Zverev had looked to be headed for a long night against the big-hitting Sock, who convincingly won the opening set, but instead outlasted the American who refused to wave the white flag until broken in the fourth knowing there was not way back.

“I would have been planning my holiday in the South of France if Jack continued the way he played in the opening set,” said Zverev. “It’s difficult to sometimes play someone who was not at 100%.

“I think everybody saw that Jack was really struggling physically and … you have to keep your focus.

“I mean at the end of the day we’re all competitors, and we have to bring the match to the end.”

The Arthur Ashe Stadium crowd had barely had a chance to catch their breath after Shelby Rogers’s shock upset of world number one Ash Barty as Sock got the party started again taking the opening set from a flat-footed Zverev with a barrage of big serves and thundering forehands.

ALSO READ |
US Open 2021: Novak Djokovic fights back to beat Kei Nishikori and reach fourth round


But the atmosphere quickly turned serious after Zverev held serve to open the second set and Sock called for the trainer who immediately went to work on his right thigh and groin.

With Sock hobbling Zverev stepped up his attack rolling through the second set with little resistance.

Sock, however, would not quit, continuing to the third and grimly holding the German at bay until he finally broke through with a break to get in front 5-3.

Determined to finish the contest, Sock pressed on into the fourth but after being broken 2-1 he lay on the court clutching at his thigh, then got to his feet and called it a match.

“I’m very sorry for Jack,” said Zverev. “To be honest, I know how he feels a little bit because I have a brother as well who was struggling with injuries throughout his whole career and once he’s playing that level of tennis to get injured again is a very tough feeling.

“So to be honest, I feel very sorry for him. I hope it’s nothing serious, and I hope he’ll be back on Tour very soon.”