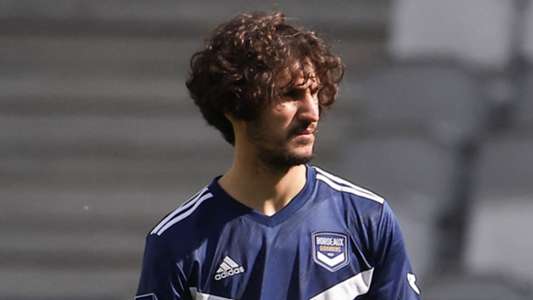 Nevertheless, the 21-year-old of Algerian background will stay at the Nouveau Stade de Bordeaux for the 2021-22 campaign

Yacine Adli has joined AC Milan on a permanent basis from Ligue 1 side Bordeaux, the Italian topflight side has announced.

The 21-year-old attacking midfielder began his professional career at Paris Saint-Germain, before moving to the Girondins in 2019 on a four and a half years contract.

In his first three seasons at the Nouveau Stade de Bordeaux, he featured in 63 Ligue 1 encounters – boasting five goals and eight assists to his credit

Notwithstanding, he caught the fancy of the Serie A giants on a five-year deal that will keep him at San Siro until 2026.

AC Milan also revealed that Adli will represent the French giants in the 2021-22 campaign.

“AC Milan is delighted to announce the signing of Yacine Adli from FC Girondins de Bordeaux on a permanent basis,” a statement from AC Milan website read.

“The footballer has signed a contract with the Rossoneri club until 30 June 2026. Adli will stay at the French club on loan for one year.

“Born in Vitry-sur-Seine, France on 29 July 2000, Adli spent his youth career at Paris Saint-Germain, making his first-team debut in 2018.

“In January 2019, he moved to Bordeaux, where he scored five goals in 72 appearances.”

The player went on social media to express his joy in signing for the seven-time Uefa Champions League winners.

So far this season, the youngster has featured in four Ligue 1 games for Vladimir Petkovic’s men.

After the international break, he will continue training with the club as they step up preparations for their next fixture against Lens on September 11.

Bordeaux are winless in their last six matches across all competitions with their last fixture a 4-0 defeat at Nice.

As it stands, they occupy the 19th spot in the log having garnered just two points in all four matches played so far.

Born in Vitry-sur-Seine to Algerian parents, Adli represented France at U17 level – participating in the 2017 Uefa European Under17 Championship and the 2017 Fifa U17 World Cup.

Even at that, he remains eligible to switch allegiance to the 2019 Africa Cup of Nations champions, Algeria.