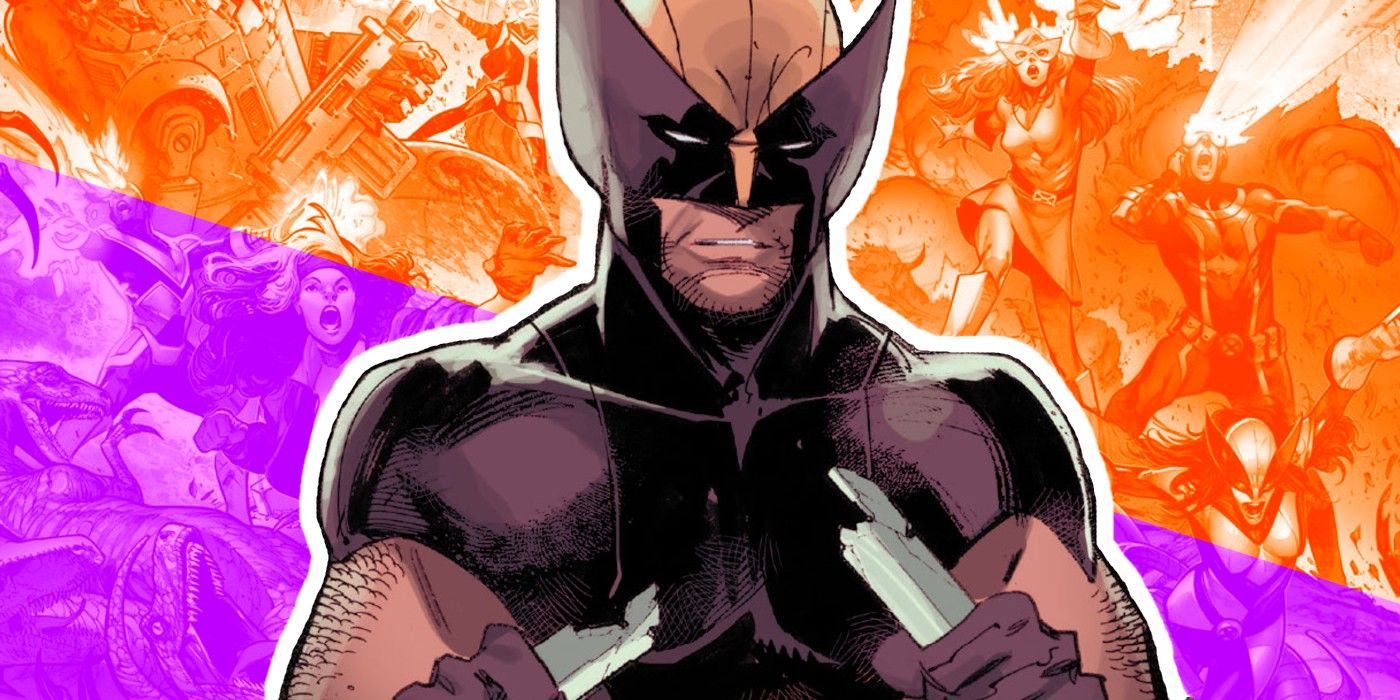 Wolverine has been part of the X-Men for years, and is currently a member of X-Force, but he’s not as committed to Krakoa as fans thought.

Fan-favorite hero Wolverine has seemingly been all-in on Krakoa since the mutant nation was founded, but it seems that Logan is more than ready to abandon the X-Men and X-Force the moment they start making decisions he disagrees with. Wolverine has been a linchpin of the X-Men (and their many offshoot teams) for years, and has even led more than a few X-Men and X-Force lineups. But now that things are finally going well for mutants to the point that they may not need him anymore, Logan is already prepared to set out on his own.

Wolverine has always been a bit of a loner, but the X-Men’s Krakoan era has felt like a real turning point for the character, giving him not just a cause to fight for, but a home and family to protect. Despite this, Wolverine #15 by Ben Percy and Adam Kubert makes it clear that Logan’s dedication to the cause shouldn’t be taken for granted. And with all the threats the X-Men are facing, they can’t afford to let one of their most important allies slip away.

While Wolverine #15 focuses primarily on Logan’s hunt for the Arakki pirate known as Solem, who he faced off with in X of Swords, Wolverine’s brief self-reflection in the issue shines a light on just how he feels about his place in Krakoa in a way most fans won’t expect. Logan says that he may call Krakoa home, but that doesn’t mean he always feels like he belongs. And while he’s still willing to serve his country as part of X-Force, that doesn’t mean it’s a job that Wolverine feels proud of doing, even saying “I’ll put in the time and put up a fight. But in the back of my head, I also know I can walk away at any second.”

Fans shouldn’t expect Wolverine to ditch his team in the middle of a fight, but it’s still a pretty surprising development that Logan’s ready to leave Krakoa at a moment’s notice. He is a wanderer at heart, but he’ll never back down when the ones he loves need his help. It’s more than possible that he’s fed up with his role in X-Force and what Beast has turned the team into, but Logan is no stranger to crossing the line to get the job done, and he’s not the type to walk away without confronting Hank head-on first.

This willingness to walk away is especially shocking considering Wolverine’s recent interaction with Man-Slaughter. In X-Force #22 by Ben Percy and Robert Gill, Logan told the Weapon X alum that Krakoa taught him about second chances and that running away would only get him so far. Now, Wolverine is already ready to turn his back on the nation and run away again if that’s where his heart takes him. Whether the man called Wolverine stays with Krakoa, fans will have to wait and see. But whether he’s working with the X-Men and X-Force or not, Logan is one of mutantkind’s most important protectors, and his place on Krakoa is indispensable even if he doesn’t realize it – Wolverine is the best there is at what he does, but he’s definitely not the best at staying in one place for too long.

Next: X-Men Reveals Marvel’s Most Devastating Event Lives on as a New Weapon

Tristan Benns is a freelance writer, grad student, and lifelong geek. He’s worked as a tutor, an editor, and even a salesman in a comic book store. If he isn’t asking you about your feelings on the Oxford comma, he’s probably asking you to name your favorite Green Lantern.