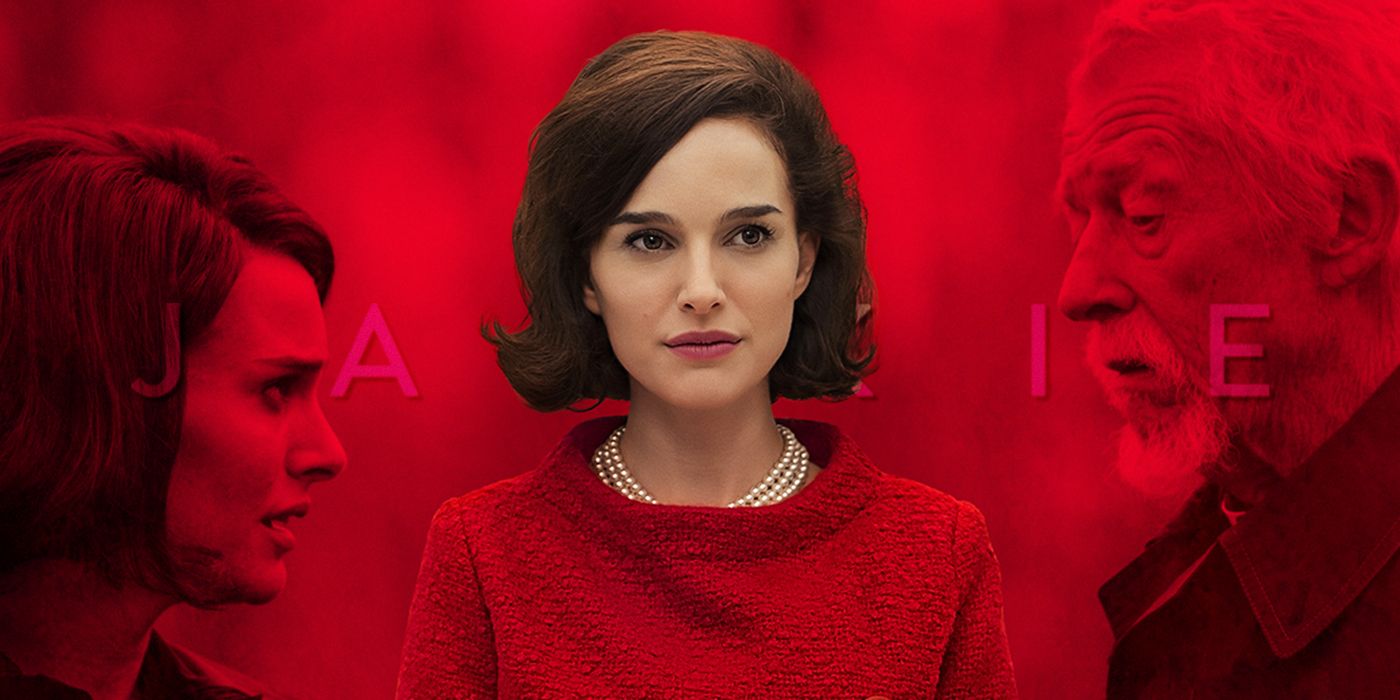 Pablo Larrain’s intimate biopic Jackie is arguably one of the best biographical films of the past decade. Rather than falling into the trap that so many biopics do of skimming through events without style or insight, Jackie offers a window into the “American Camelot” and the faded idealism of a nation in mourning. Jackie Kennedy’s (Natalie Portman) life was already steeped in tragedy before her husband’s death, but the shocking assassination inspires her to take an introspective look at her own mortality.

The theme of wrestling with the inevitable is integral to Jackie, and it is emphasized strongest in a powerful series of conversations between the former First Lady and a Priest, played by the late great John Hurt. The Priest is there to comfort her, but he doesn’t offer any definitive answers; he can’t explain why Jackie has been signaled out, nor does he have an easy solution for her adjustment to normalcy. What he does provide is encouragement that there is value in her life.

The touching scene of coping was made even more powerful given the real-life passing of Hurt only weeks before Jackie’s release. Hurt had been diagnosed with cancer in 2015, but continued to work after a period of remission. The role in Jackie is a small one, but it’s a beautiful reflection on mortality that inadvertently served as a sendoff for one of cinema’s greatest actors.

Hurt has been an established star since 1966’s A Man For All Seasons, and subsequent roles in 10 Rillington Place, Midnight Express, Alien, and The Naked Civil Servant solidified him as a powerful indicator of gravity. While he excelled at the leading roles that films like The Elephant Man or 1984 provided, Hurt became more prominent in supporting roles. With over 200 credits to his name, Hurt took on a variety of roles from fatherly mentors to wicked villains and films usually benefited greatly from his experience.

In the case of Jackie, the appearance of such a veteran performer doesn’t come as a distraction, but as a necessary friendly face as Jackie seeks compassion. With both Robert Kennedy (Peter Sarsgaard) and the Johnson administration tracking the political fallout of new leadership, Jackie is left out of the process for the first time. As she struggles to explain how their lives have changed to her young children, Jackie becomes obsessed with crafting a grand spectacle for her husband’s funeral as a means of distraction. She’s buried under the weight that her name carries; “I never wanted fame,” she remarks. “I just became a Kennedy.”

Hurt imbues her with comfort by cutting through the noise. As Jackie is surrounded by those who would stigmatize her emotions or offer her empty platitudes, the simple priest starts off by acknowledging that the randomness of death cannot be explained. Hurt retains a subtle sense of whimsy as he scolds Jackie for saying “God is cruel” with the follow up “Well, now you’re getting into trouble.” It’s a line that could’ve so easily been misdelivered and diminish her feelings, but it feels authentic coming from someone of Hurt’s gravity.

The Priest acknowledges Jackie’s anxiety by revealing his own. He explains that despite their different situations, he also spends sleepless nights considering what meaning his life really has. “Every soul on this planet does,” he tells her. “But then when morning comes, we all wake up and make a pot of coffee.” It’s a rare case in which someone relates to Jackie on a human level, but also a touching last insight into Hurt’s career. Momentary doubts fade as you get back to work, and Hurt was never not busy, regardless of which direction his career was headed.

The film builds towards a conclusion in which Jackie reveals to the kindly older man that she’s contemplated suicide. The Priest delicately handles this admission by adding personal to the impersonal. He starts off by citing a biblical passage referencing the Pool of Siloam, but tells Jackie that the one thing she’s always suspected: she was chosen to carry this burden, and the recognition of her individuality is the rare alleviation in what is so often a cold film. In The Priest’s final scene, he finds merit in all that brings comfort. “The darkness may never go away, but it won’t always be this heavy.” That it plays as one of Hurt’s final moments on screen makes this message even more impactful.

Hurt’s contributions to the scene were tremendous. Larrain had selected him for his fatherly presence, and was impressed with the insights Hurt added to the character in the middle of shooting. While originally The Priest was steadfast in his beliefs, Hurt decided that it would be more effective if he held doubts. As Larrain realized, this made the character’s confidence in life more powerful because “it comes from someone who can contemplate the limits of existence and create every possible angle on the existential terror that we all face every day.”

Jackie wasn’t Hurt’s final screen role, as posthumous work in films like My Name Is Lenny, That Good Night, and Damascus Cover officially closed out his filmography, but it’s among the best representations of his unique screen presence. Hurt’s scenes have insights on why he’s been such an enduring figure, but they also serve as a touching farewell to the great actor.

Netflix is set to release ‘Red Notice’ on November 12.