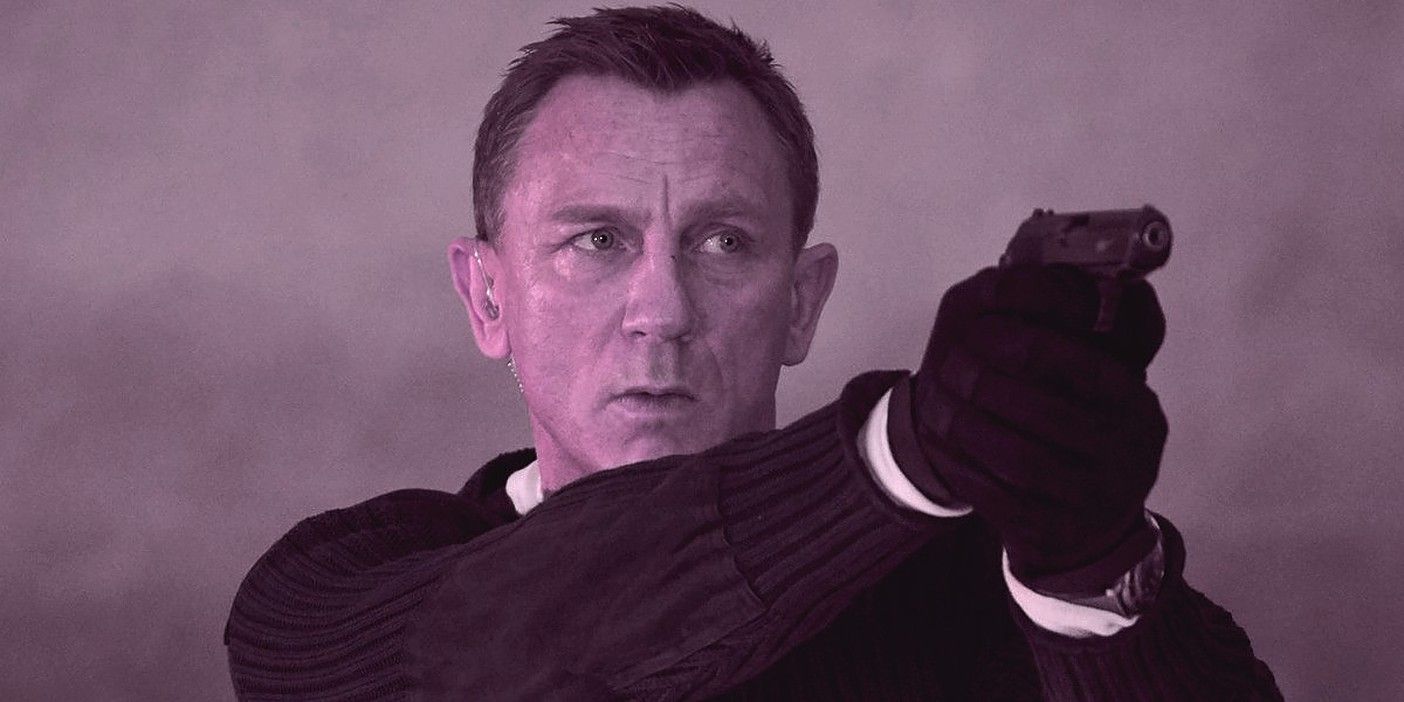 New James Bond film No Time To Die is still holding back on showing too much of Lashana Lynch. Here’s why the filmmakers are still focused on Craig.

With the release of No Time To Die, Daniel Craig’s time as James Bond is set to draw to a close. After 15 years in the iconic role, speculation is rife over who might follow in his footsteps. However, while we know from the new film’s trailer and wider marketing material that the next 007 will be played by star Lashana Lynch, No Time To Die’s marketing material is being significantly more restrained with this revelation than would be expected. As it turns out, there are a couple of very good reasons for this circumspection.

In the trailers for the upcoming movie, which serves as a sequel to 2015’s Spectre, it’s clear that Lynch’s character has inherited the 007 mantle from her predecessor James Bond. Although details remain extremely sketchy, the new 007 is seen engaging in a series of daring and dangerous missions, often alongside her forebear. The agent, also known as Nomi, is seen making jibes about Bond’s diminishing physical powers, specifically his dodgy knee, as well as engaging in hand-to-hand and long-range combat with as yet unidentified foes.

Related: James Bond’s Producers Made A Different No Time To Die In 1958

Given that, for the first time in the franchise’s entire history, 007 is represented by someone other than James Bond, there’s no doubt that No Time To Die is a significant moment in the series. As such, this shocking revelation is attracting significant attention ahead of the film’s release. However, despite speculation over what it could all mean for Bond, there are actually several good reasons why more of the marketing material isn’t centering around Lynch’s character, relating to both Craig’s time in the role and the future of the franchise.

The first point is that, as almost everyone invested in cinema is aware, this film marks Daniel Craig’s last outing as the legendary spy. Given that he has played the character since 2006’s Casino Royale, across five films and 15 years, it’s understandable that the filmmakers want the emphasis to be on Craig. Considering the significance of passing on a legacy such as James Bond and the rich cinematic history of the character, Craig’s final performance was always going to provide a compelling narrative, regardless of who else features in the film. In many ways, the filmmakers may see it as an opportunity to pay tribute to an actor who has inhabited the role for such a long period.

A second reason, however, may well be that, even though Lynch is taking on the 007 role for this film, she may not represent the long-term future of the franchise. There has long been a debate over whether or not James Bond is a codename. Lynch’s presence in the movie as 007 alongside Bond seems to confirm that while 007 can be anyone, it’s Bond that represents a specific character. This could all suggest that the future of the Bond franchise dispenses with the famous alter-ego while retaining the core of the character. This would in turn allow for greater diversity in casting future 007s, allowing anyone to take on the role of the secret agent – something that the series has been crying out for in modern times.

If true, this development could fundamentally alter the direction of the entire Bond franchise. It’s possible that future installments could see a new Bond interact with a variety of different 007s in a life outside MI6. We also know from Bond’s words back in Casino Royale that double-0’s do not have a very long life expectancy. In many ways, it would be quite poetic is 007 was killed at the end of Daniel Craig’s era, even if the character of Bond survives. Either way, it makes sense that the filmmakers are determined to keep the destiny of Lynch’s character under wraps. Whether she is the true heir to James Bond or a new permanent 007 working alongside Ian Fleming’s creation, No Time To Die promises some intriguing answers for the series.

More: James Bond Is Better Off Replacing 007, Not Daniel Craig

Dwayne Johnson Has A Doppelganger That Looks EXACTLY Like Him

After an eclectic career incorporating scuba diving, cheffing and teaching, Tommy eventually found his calling as a writer. With an early focus on food, he now specialises in all aspects of entertainment. Despite being a Lord of the Rings and Alien obsessive, his real passion is for truly terrible movies. He loves anything with a 0% Rotten Tomatoes rating and rarely passes up an opportunity to watch The Room. Tommy is based in London and joined the Screen Rant team in 2021.