Why Climate Change Is Not A Crisis 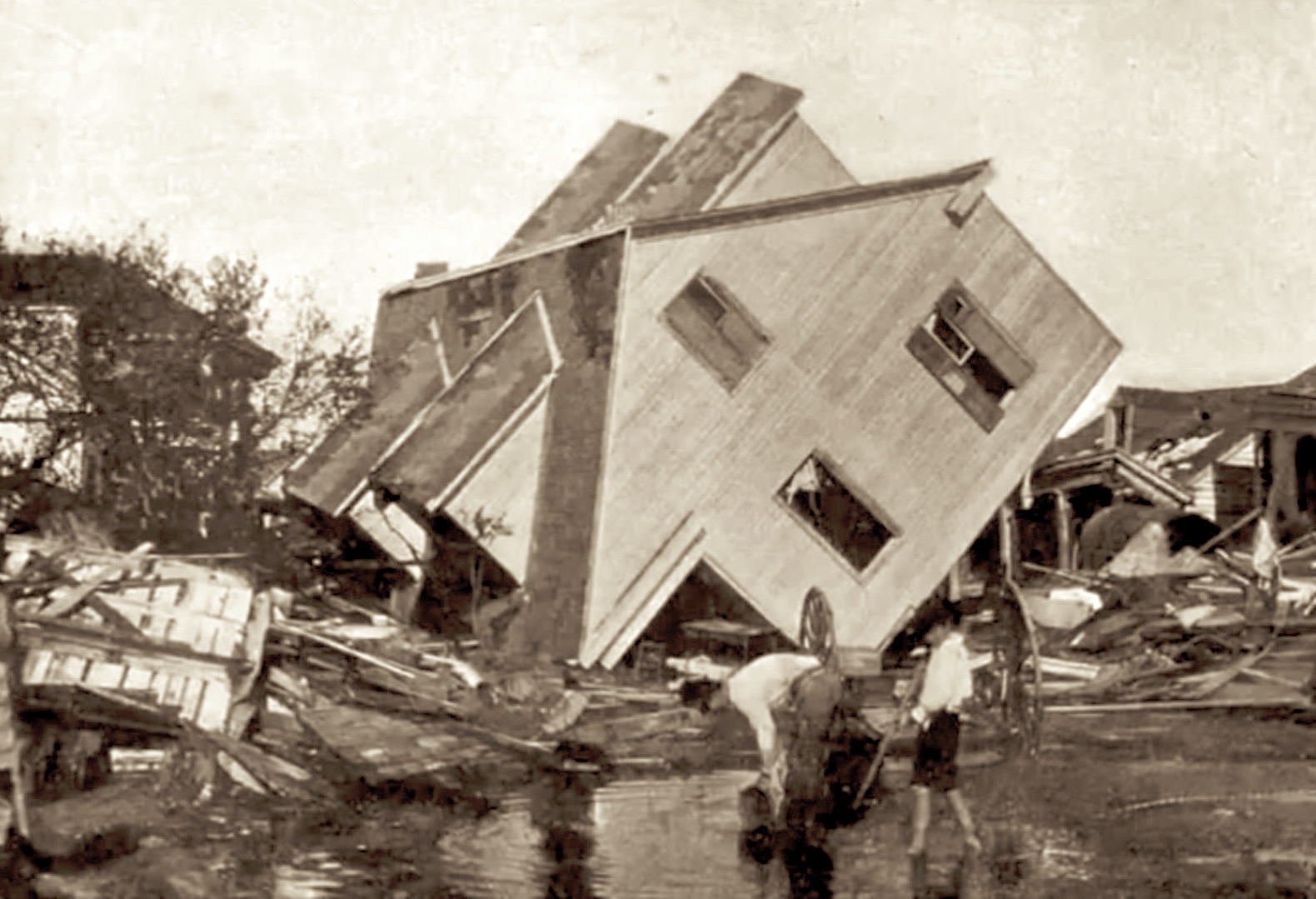 President Joe Biden contends that the recent hurricanes that hit the United States prove we’re in a “climate crisis.”

It is, no doubt, quite convenient for politicians to treat every hurricane, tornado, and flood as an apocalyptic sign from Gaea — and then blame political apostates for the existence of nature.

But it’s an irrational way to think about the world. Because our situation is, in most ways — including our ability to adapt to the vagaries of climate — quantifiably better than before on nearly every front.

This reality is probably difficult for a generation subjected to decades of fearmongering to accept, but climate anomalies are nothing new.

When a freak snowstorm hit Texas earlier this year, the administration used it to push draconian policy ideas. But the Texas storm was no different than the rare 1973 blizzard that hit the South. It happens. And there’s nothing we can do about it.

While victims of Ida will take no solace in this fact, historically speaking, hurricanes aren’t touching land at higher frequencies either.

Nor is there evidence that storms that make landfall do so with more intensity than in previous years. Certainly, they aren’t any more dangerous.

Back in 1900, the Great Galveston hurricane (pictured above) likely killed somewhere around 10,000 people in Texas.

In 1926, the Great Miami hurricane killed 372 people, causing an estimated, inflation-adjusted $157 billion in damage. Only around 150,000 people lived in all of Dade County in those days.

When Katrina hit New Orleans in 2005, it was a Category 3. Most of the damage had to do with how ill-prepared the city was for any storm.

As Biden has pointed out, hurricanes are less destructive because governments and the private sector adapt and prepare.

Acclimatizing to the realities of climate change — whatever they may be — is far cheaper and more moral than the state-compelled dismantling of modernity.

Indeed, the climate has always been bad for our health. We’ve spent most of humanity’s existence attempting to mitigate its destructive power.

Today, people still tragically die from, say, extreme heat (air conditioners save far more lives!). But overall, deaths due to nature have dramatically plummeted during the past century — falling over 98% since 1900, and over 70% since Joe Biden showed up in Washington.

Weather accounts for somewhere around 0.07% of worldwide deaths, and 0.01% in the United States. We’re safer, even though far more people live in areas with extreme heat and freezing cold and in the paths of both hurricanes and tornadoes.

And the notion that places such as Central America and the Middle East are experiencing conflicts and migration because of some unique climate changes ignores the entirety of history.

By claiming we are in an unprecedented “crisis,” we distort not only a proper understanding of our technological abilities but our moral outlook as well.

Ponder this rhetorical question of a columnist at The Hill: “Could climate change finally expose China as a global outlaw?”

So, it wasn’t the concentration camps that did it. Or the ethnic cleansing. Or the slave labor. Or the decades of collectivist-induced economic misery and authoritarian control. Or the state censorship. It was the Chinese government’s refusal to live by the precepts of the Paris Accord.

Indeed, certain pundits have been openly envious of the ability of Chinese Communists to compel their citizens to adopt carbon-mitigation policies. The commissars must be such a disappointment to them.

The problem, though, is that today’s progressives often embrace illiberal ideas as a means of solving the climate “crisis.”

As a recent Nature journal piece notes, COVID-19 lockdowns have prepared people for “personal carbon allowances.” Restrictions on individual freedoms “that were unthinkable only one year before” have us “more prepared to accept the tracking and limitations” to “achieve a safer climate,” the piece notes.

And many self-professed defenders of our “democracy” have been clamoring for the Department of Health and Human Services to take unilateral action and treat climate as a “public health issue” or to declare a “climate emergency.”

The White House has given the issue a required identity-based twist, noting that global warming’s risks “disproportionately affect poor and minority communities.” (Which reminds me of P. J. O’Rourke’s old joke about NPR coverage — “World to end — poor and minorities hardest hit.”)

Americans experienced the authoritarian reach of government during the pandemic. We see what normalizing those ideas can look like in Australia. Carbon emissions are embedded into nearly everything in our economy.

If Democrats believe that the CDC should be empowered to declare an eviction moratorium, retroactively tear up private contracts and unilaterally discard property rights, you can imagine what sort of things await this nation if they can declare climate change an “emergency.”