Which Twilight Character Are You Based On Your Zodiac Type? 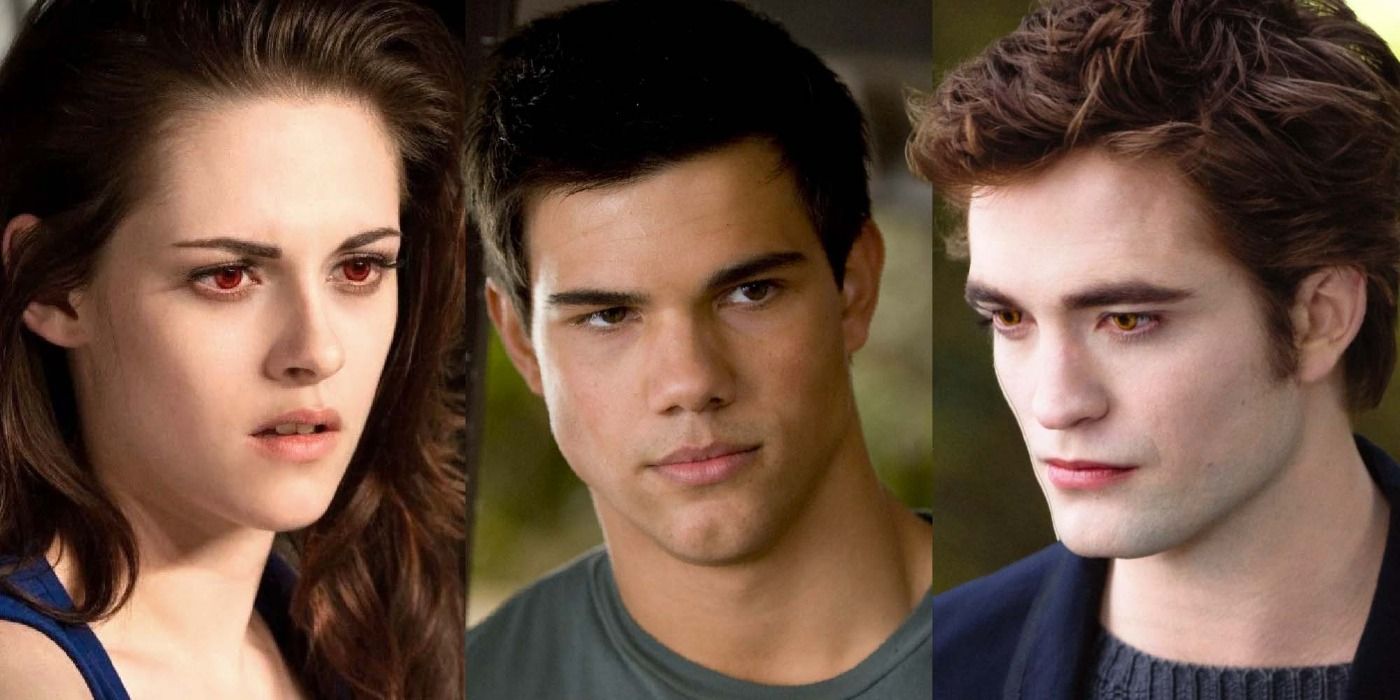 The characters from The Twilight Saga are a diverse group of seemingly disparate personalities who somehow grew into one big family (or in the unfortunate cases of a few, enemies of this big family). And like most characters in any big television or film franchise, a lot of their personality traits and characteristics fit into the standards of individual zodiac signs.

Of course, the Cullen family, and most of the vampires they know, have lived so long they’ve seen the ebb and flow of zodiac sign popularity. It’s unlikely they would put much stock in zodiac signs, but their fans still can. So, which members of the Twilight squad represent which zodiac signs?

Updated on October 14th, 2021 by Amanda Bruce: With all of the Twilight Saga back on Netflix for fans to stream, it’s the perfect time for the audience to reconnect with the characters who first came to movie screens in 2008. While there is always debate about the romantic relationships in the movies (and the books that inspired them), there is more to the characters than their love lives. Looking at the story through the lens of the Twilight characters’ zodiac signs can allow fans to examine their personalities more closely.

It should come as no surprise that the first sign of the Twilight zodiac is represented by the most aggressive member of the fan-favorite Cullen clan, Emmett.

It’s not so much that Emmett is incapable of thinking things through, but he is someone who would rather be doing something than thinking about doing something. The same could be said of the typical Aries, while some people want to think about what they’re doing before they do it, Aries would rather just do it and see what happens.

Edward Cullen is truly a perfect Taurus. They’re typically very low-key and they might seem reserved or shy, but beneath the surface they are actually extremely willful and stubborn.

Tauruses are very family-oriented, but if they think they know the right thing to do they’re going to do it, and they really don’t care about anyone else’s input or ideas. Convincing them to see from another perspective is no easy feat.

Victoria’s vampire superpower seems to be very in tune with a standard Gemini “superpower”, and that is knowing what to do and when to do it. Victoria is an expert at reading situations, but Geminis are experts at reading people, and while they have a reputation for being “two-faced”, they’re actually just very good at understanding what people want from them and displaying the parts of themselves that those people will like.

While Jessica isn’t quite as good as Victoria, she does have the bubbly and social nature associated with Geminis down. She becomes Bella’s closest friend in her high school social circles partly because she’s one of the first people to make an effort to get to know Bella. Jessica doesn’t hesitate to jump into new situations and adapt to them.

Although the sign of Cancer is represented by the crab, sometimes symbolism can be misleading. Yes, they can be “crabby”, however, Cancers are actually incredibly kind and have a lot of emotional awareness and intelligence. That is why Carlisle Cullen is an ideal Cancer, his kindness and his emotional connections to others is what made his family into such a strong and loving squad of vampires.

Leah Clearwater represents a deeply feeling cancer as well. Her emotional connections, however, are born from her own pain at seeing someone she thought she would spend the rest of her life with end up with someone else. While Cancers can be incredibly kind, they can also hold a grudge, and it takes a long time for Leah to work through her pain.

Leos tend to have a lot of pride in themselves (the pride of a lion, so to speak) and they tend to be extremely confident people. They also have a reputation for being quite fiery and aggressive.

They can be a lot to handle, but the truth of it is that they’re just unashamed to be themselves and they like to put everything out on the table, just like Rosalie Hale. Though book fans get to know Rosalie a bit better, her prideful nature, and her tendency to overshadow her siblings at times, comes across in both the movies and the books.

What is Bella Swan’s zodiac sign? It’s one of the more guarded signs. People born under the sign of Virgo are typically very loving and kind people, even though they can be quite shy. Earning the love of a Virgo isn’t always easy, but once someone has it they pretty much have it for life. Just like the human and vampire versions of Bella Swan, being a part of her inner circle is an extremely exclusive club, but once you’re inside of it you have her love and protection forever.

That nurturing aspect of the Virgo sign is why so many Virgos are seen as the “mom friend.” Angela Weber is a good example of that in the franchise as someone who doesn’t end up with protective vampire abilities. Angela takes care of her friends, and it’s no wonder that she and Bella got along so well.

Air signs are known as the intellectuals of the zodiac, but Libras are very much in touch with their emotions as well. And as anyone might be able to surmise, Librans are very concerned with balance in life.

RELATED: 10 Characters Bella Should Have Been With In Twilight (Other Than Edward)

So then, a character like Jasper Hale represents their standard traits perfectly. He can intuit the emotions around him, but also control them, bringing himself and other people into a more balanced state.

Scorpios are the true scorpions of the zodiac. They are often dark and mysterious, and they are very in tune with their emotions. They also excel at reading other people, which is why Aro seems to be the Scorpio of the Twilight world.

Scorpios know how to play the long game better than anyone too, which is a very Aro-like way of operating. They see what they want and they go after it. Aro just happens to have more power to do that than the average Scorpio.

Jacob Black seems to be diametrically opposed to so many of the other characters in Twilight, because he’s outgoing and fun-loving, but can also be temperamental and has trouble hiding his emotions. So then, Jacob is truly a Sagittarius through and through. These hot-blooded members of the zodiac are the most easygoing of the fire signs, but they can’t hide their true selves from others, and their flame can flare up or go out at the drop of a hat.

That’s why Bella’s mother also fits the bill. She and Bella don’t always see eye to eye, but there’s a deep affection there, just as there is between Bella and Jacob. Renée also has a bit of the adventurous spirit of a Sagittarius as she marries and embarks on a new chapter in her life while trying to get her daughter to be more settled. She might not have always made the best parenting choices, but she still wanted what was best for her daughter.

Capricorns are strong, reliable, love their families, and are usually very tradition-oriented, just like Charlie Swan is.

They may seem pretty reserved on the surface, but once anyone gets to truly know a Capricorn it’s easy to see that they are one of the strongest and most steadfast signs in the zodiac. Charlie is always there for Bella, even if she might not want him to be.

Aquarians are well known for living outside of the box and seeing the world around them in a completely unique and individualistic way. These people aren’t just deep thinkers, their way of thinking is totally their own, and they don’t really care about fitting in with the crowd.

In that sense, the perfect Alice Cullen zodiac sign is Aquarius. She’s totally unique, and she loves it.

Some of the clearest and most common traits of a Pisces is that they are driven by emotions, they’re extremely compassionate, and their wisdom is sought after by most other signs in the zodiac. They can sometimes have their head in the clouds, but they’re deep thinkers who connect emotionally.

So it makes sense that the Cullen family matriarch, Esme Cullen, is a Pisces amongst the Twilight character zodiac signs. Her gentle nature and kindness win everyone over, which is just like a Pisces.

NEXT: 10 Memes That Will Make Devoted Twilight Saga Fans Nostalgic

Who Is Scream 2022’s New Killer? Every Ghostface Theory Explained