What’s new at Daily Kos? Highlights and updates from the month of August 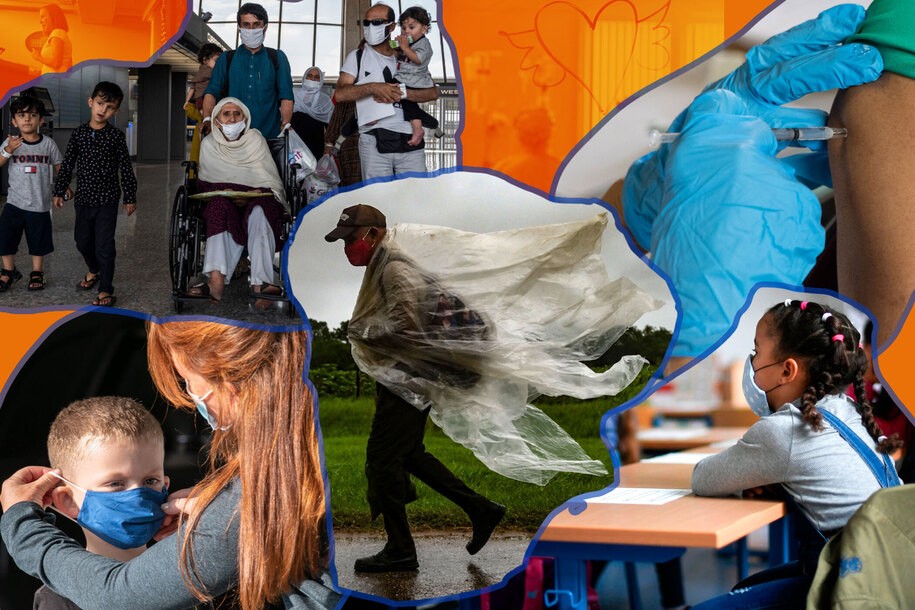 August is typically a slower month here, but Daily Kos actually saw a rise in engagement in July and then again in August this year. There was plenty to cover and discuss with the delta variant spiking, Afghanistan and the many issues surrounding the ending of a 20-year war, and Hurricane Ida and its aftermath. We had a lot of stories about deaths of notable anti-vaxxers and anti-maskers, which have been occurring at a record pace. And even with Congress on vacation most of the month, our news teams focused on pushing Democrats to act on infrastructure, jobs, voting rights, racial injustice, immigration reform, and of course, ending the filibuster. We also covered the Supreme Court using its shadow docket to attack immigration rights and ending the eviction moratorium, prompting another round of calls to reform and expand the court. And last but certainly not least, the conservatives on the Supreme Court silently killed abortion rights without doing a damn thing—and this will obviously continue to be a major topic here in September.

Interestingly, our most engaging stories this month had little connection with any of the major topics above. The top story this month was Nine charged in elaborate multi-agency sting targeting online predators at Sturgis Motorcycle Rally by Community Contributor Darrell Lucus, followed by CNN buries Pillow Man with in-depth report on his delusions by Community Fellow Aldous J Pennyfarthing, and Real Time with Bill Maher has become unwatchable by Marty Essen (which also brought in the most first comments this month). Notice anything about those stories? Yep, they’re all written by community members—in fact, half the top 10 most engaging stories and 40% of the top 50 stories at the site were all by community members.

Here’s a fun chart that shows the breakdown of stories in the “front page” or top section on the site (staff stories and some community contributor stories) versus community stories:

That’s a lot of story-writing you all are doing. I continue to be amazed at how active this community is, even during slower months!

August was also the month when new census data dropped, and the geniuses who make up our Daily Kos Elections team dove right in, crunching all those numbers, compiling raw data, and publishing this comprehensive analysis on their initial findings. Some other stories from that team we hope you didn’t miss include this one about the Minneapolis mayoral race, coming after a year of serious turmoil after the murder of George Floyd, this piece puncturing the Beltway narrative that the Ohio special election between Nina Turner and Shontel Brown was just some sort of Clinton-Bernie redux, and a recap of Andrew Cuomo’s career as well as Kathy Hochul’s, who is now New York’s first female governor.

Our Daily Kos Activism team continued leading our judicial advocacy work. Before the Senate went on recess, another nominee, Eunice Lee, was confirmed to the Second Circuit Court of Appeals; our nominee work will pick up again after Labor Day. We are also leading GOTV volunteer recruitment efforts for the California recall election, getting folks to phonebank, textbank, and write postcards. You can join those GOTV efforts here.

Our Activism team also spent August advocating for passage of the For the People Act in the U.S. Senate by helping turn out attendees for in-person and online strategy and rally events and calling on Democrats for various actions, like eliminating the filibuster to defend our democracy. You can join that campaign here. Our team also led efforts to pass the historic Build Back Better Act, generating constituent pressure with six active campaigns—you can add your name to them here, here, here, here, here, and here. And we will continue to focus on efforts to fight back against SB 8 in Texas, including judicial-focused abortion actions and fundraising for abortion funds in Texas and surrounding states. Join our action to expand the Supreme Court here.

Other cool stuff you might have missed in August:

Anything stand out to you last month at Daily Kos that you’d like to add? Fire away in the comments.

Do you plan to get a COVID-19 booster shot when it becomes available?

Do you plan to get a COVID-19 booster shot when it becomes available?