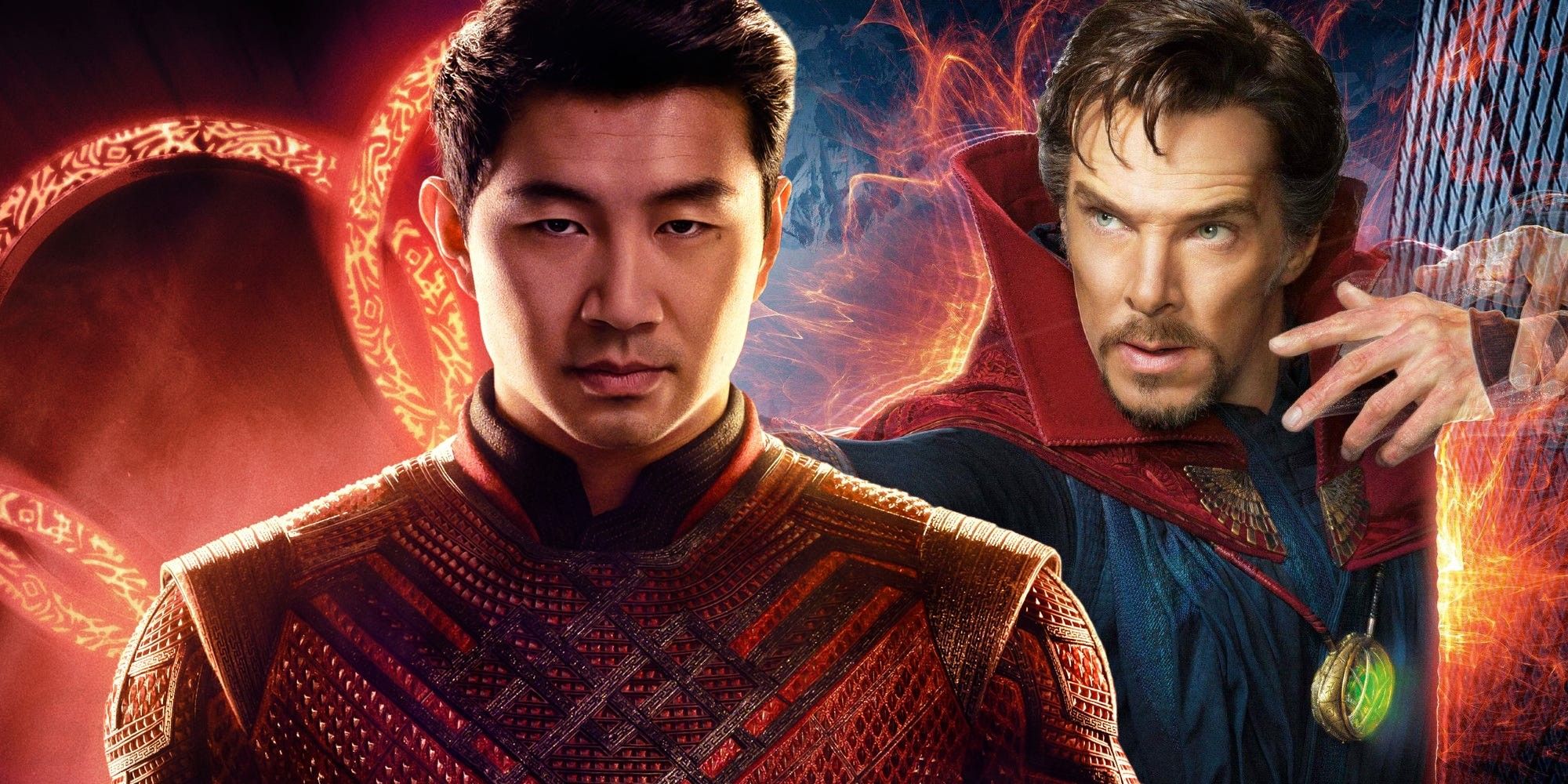 Warning: MAJOR SPOILERS ahead for Shang-Chi and the Legend of the Ten Rings.

Simu Liu masterfully dodges questions about if Shang-Chi will appear in Doctor Strange in the Multiverse of Madness after Shang-Chi and the Legend of the Ten Rings. The second film of Phase 4 of the Marvel Cinematic Universe is now out in theaters. After waiting longer than expected to see Shang-Chi’s solo film, the movie has proven to be worth the wait. Shang-Chi is Certified Fresh on Rotten Tomatoes, earned an A Cinemascore, and is wildly exceeding box office expectations for its opening weekend.

The positive reception to Shang-Chi and the Legend of the Ten Rings and how it introduces the MCU’s latest Avenger will only increase interest in Liu’s return. Marvel hasn’t confirmed any future plans for the Master of Kung Fu so far, but Shang-Chi‘s ending clearly sets up his MCU future. Shang-Chi and Katy (Awkwafina) are recruited by Wong (Benedict Wong) and meet Bruce Banner (Mark Ruffalo) and Captain Marvel (Brie Larson) over a hologram. The mid-credits scene teases more mysteries about the Ten Rings Shang-Chi now possesses and teases multiple upcoming Phase 4 MCU projects in the process.

Screen Rant recently had the opportunity to speak with the Shang-Chi and the Legend of the Ten Rings star about his MCU debut and future. This included discussing the film’s final teases and the possible setup for Shang-Chi to return in Doctor Strange 2 now that he’s met Wong. Liu might be new to the MCU, but he’s already a master of dodging spoilers and questions that might elicit such answers. Check out the video above to see how Simu Liu masterfully dodges our question about Shang-Chi returning in Doctor Strange 2. The transcript of the exchange can also be found below:

Screen Rant: To start off, I’d like to talk about the end of the film as well as the credits scene, about how you’re brought in by Wong into the world of the Avengers and the superheroes…

Screen Rant: Well, does that mean, based on what we see, that we can expect to see you in Doctor Strange 2?

Simu Liu: Man, you are good. You’re good – but unfortunately for you, I’m better! It was an extreme pleasure to be a part of the MCU, and if and when the call comes for me to return to the universe, I will be more than ready. But beyond that, I have no knowledge whatsoever of any of the future Marvel plans for this character or any other character.

Even though Shang-Chi doesn’t confirm when and where Simu Liu will make his MCU return, Doctor Strange 2 is as strong of a possibility as any confirmed Phase 4 movie or Disney+ show. Wong’s interest in the Ten Rings and saying they felt Shang-Chi use them all the way in Kamar-Taj means these objects and Shang-Chi should be on Doctor Strange’s radar too. Shang-Chi director Destin Daniel Cretton already said that there is a good reason why Benedict Cumberbatch doesn’t appear in the movie, and that could be because Marvel Studios is saving the Shang-Chi and Doctor Strange crossover for Cumberbatch’s sequel.

Nevertheless, the possibility of Shang-Chi appearing in Doctor Strange 2 is exciting to consider. The movie already is confirmed to feature the return of Scarlet Witch (Elizabeth Olsen) and the MCU debut of America Chavez (Xochitl Gomez). It is also rumored to feature plenty of other familiar MCU characters through its multiverse story, with Loki‘s Mobius (Owen Wilson) and Sylvie (Sophia Di Martino) the latest linked to the sequel. An appearance by Shang-Chi could be in the cards too after Shang-Chi and the Legend of the Ten Rings. But, if Liu has already filmed a Doctor Strange in the Multiverse of Madness cameo or is scheduled to do so in the future, he clearly won’t be the one who reveals that information.

Why Worth Was Right Not To Show The Terrorist Attack

Cooper Hood is a news and feature writer for Screen Rant. He joined Screen Rant in late 2016 following a year-long stint with MCU Exchange, which came after first developing an MCU blog of his own. He graduated college in 2016 with a Bachelor’s degree in Media & Public Communication, with a minor in Media Production. Cooper’s love for movies began by watching Toy Story and Lion King on repeat as a child, but it wasn’t until The Avengers that he took an invested interest in movies and the filmmaking process, leading him to discover the world of film journalism. Every year Cooper looks forward to seeing the latest blockbusters from the likes of Marvel, DC, and Star Wars, but also loves the rush to catch up on Oscar films near the end of the year. When he isn’t writing about or watching new releases, Cooper is a fantasy football obsessive and looking to expand his Blu-Ray collection – because physical media is still king! Follow Cooper on Twitter @MovieCooper.