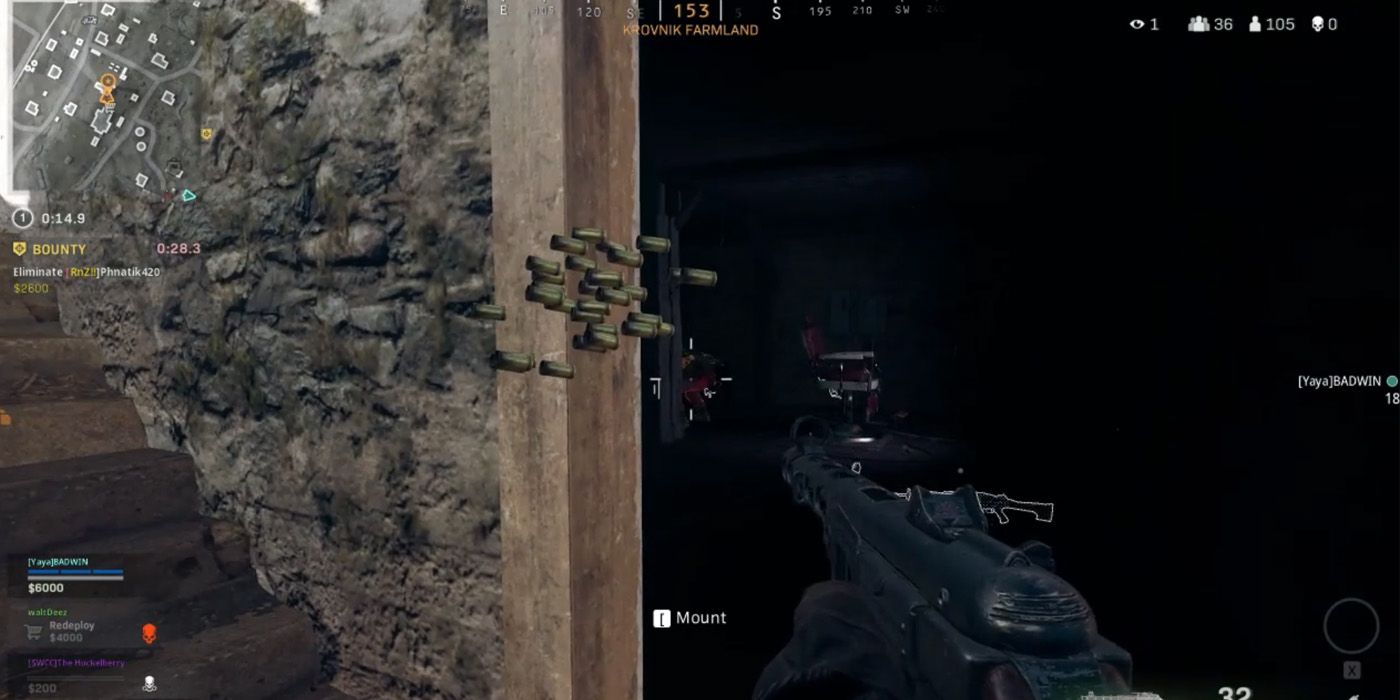 A Call of Duty: Warzone player recently found themselves confused as their bullets stopped in mid air as if The Matrix’s Neo were present.

A Call of Duty: Warzone player caught in a bout of lag suddenly found themselves facing a Matrix moment, with their bullets stopping in mid-air as if Neo himself had entered the game. Portrayed by Keanu Reeves, Neo is the protagonist of the iconic film franchise The Matrix. In the trilogy’s plot, he’s the chosen one to free humanity from their enslavement by antagonistic machines thanks to his unique abilities, which allow him to manipulate the simulated world most humans are forced to live in.

Although Call of Duty: Back Ops Cold War and Warzone‘s Season Five was delayed to August 13, it will bring with it a large content drop that will include a brand new 100 tier Battle Pass when it does arrive. As with every season update, new maps and modes will be added, with Kitsune, a Japanese, eye-patch clad cyber security expert taking center stage as Season Five’s newest operator.

Reddit user It aroseClemente shared a video of a confusing moment in a recent Warzone match, jokingly stating that The Matrix‘s ultimate hacker had come to the game. In the clip, the Redditor rushed into a room, pausing briefly to shoot several times at an enemy player crouching inside. Surprisingly, no bullets came out of their gun each time they shot, with their enemy keeping eerily still despite being under attack. SurgioClemente looked around briefly before they were teleported back to the entrance of the room, where they were met with their missing bullets, seemingly frozen in mid-air in front of them for a short while before dropping from suspension. While the Warzone player attempted to make sense of what they had just seen, their opponent quickly took advantage of their confusion and eliminated them.

SurgioClemente fittingly paired the clip of their encounter with a scene from the 2003 film, The Matrix Reloaded, wherein Neo famously stops a hail of incoming bullets, leaving them frozen in mid-air momentarily before letting them fall to the ground. Rampant hacking in Call of Duty continues to frustrate the game’s large player base, with developer Raven Software recently banning 50,000 Warzone cheaters in its latest ban wave. While the Surgio’s Matrix moment may certainly seem like it was caused by outside influence, players with poor internet connections will recognize it as a bad case of lag.

Although poor latency can be incredibly frustrating in fast paced games where every second counts, SurgioClemente’s lag-induced Matrix moment was evidently more amusing to the player than annoying. While Raven Software doesn’t have to worry about Neo, the developer may still have its work cut out for it with real in-game hackers.

Call of Duty: Warzone is available on PS4, Xbox One, and PC.

Carol is a Games Writer based in Melbourne, Australia. An avid gamer most of her life, she has a Bachelors Degree in Games Design. Her favourite games include The Witcher 3, The Mass Effect Trilogy, and Dragon Age. Aside from that, she loves cats, Daft Punk, and soup.