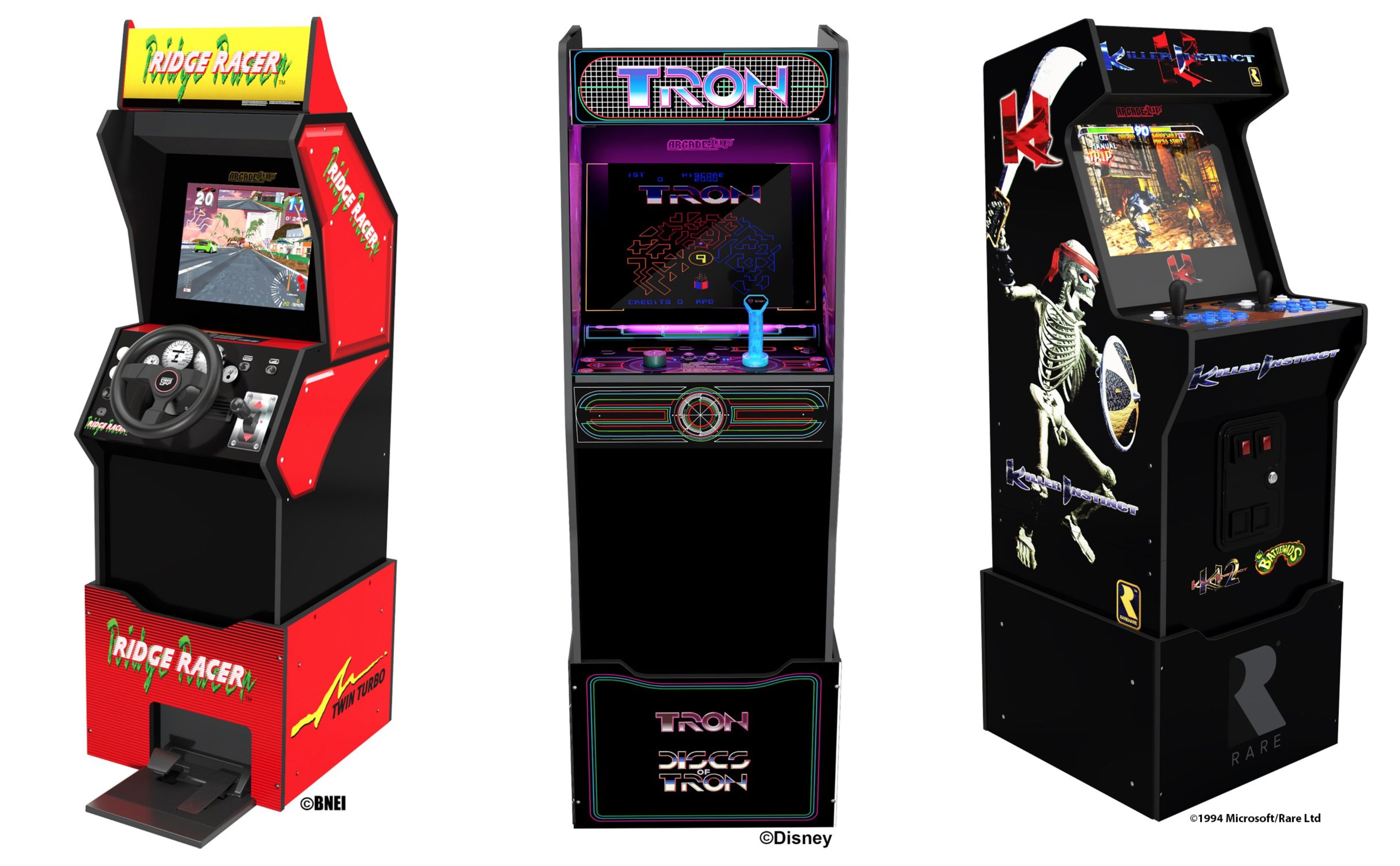 Just in time for the holiday season, Arcade1Up has announced three new machines that will be dropped for your own at-home gaming setup. Tron, Ridge Racer, and Killer Instinct will finally make their way from the arcade to your rec room, living room – or even your home office.

The most anticipated of the three is the Tron console which won over fans of the 1982 Disney movie by the same name and even took home the distinguished title of “Coin Operated Game of the Year” in 1982. The beloved original film was the first of its kind to incorporate live-action characters with early computer animation to chart the course for what would be the mega world of computer graphics to come. With its sleek, colorful design, gamers can rejoice at feeling like they are a part of the digital world of Tron.

And, as an added bonus, the good folks at Arcade1Up have included the sequel game to Tron, Discs of Tron. Buyers will also receive a matching stool to add to the aesthetic and really pull your at-home gaming den together. Lose yourself into the glowing blue universe of Tron and become the hero of your own adventure.

From PAC-MAN to Teenage Mutant Ninja Turtles: Turtles in Time, Arcade1Up cabinets have been a gamer’s paradise since they first launched in 2018, bringing a slightly smaller version of popular arcade games to the homes of the people that love them the most. This fall, along with the long-awaited debut of Tron, Killer Instinct will be released for preorder on November 10 to include a version of Battletoads. The makers will even toss in a few other unannounced, extra games along with Battletoads and Killer Instinct.

For those with a need for speed, Ridge Racer will also be released in this new wave of at-home arcade games with preorders for the classic racing game on November 22. Included in the bundle will be Ridge Racer 2, Rave Racer, Ace Driver, and Ace Driver: Victory Lap. That’s a whole lot of speed thrill games rolled into one console!

With the help of the team at Arcade1Up, you won’t need to spend countless quarters in smelly arcades fighting your way through the waiting line to play your favorite game. Bring home your own Tron cabinet with pre-orders opening on October 19 at the links here: Tron, Ridge Racer, and Killer Instinct. Feel free to even drop this article’s URL into a loved one’s inbox. They’ll get the hint, and you’ll get the gaming system of your dreams.

Promotion does a team good.