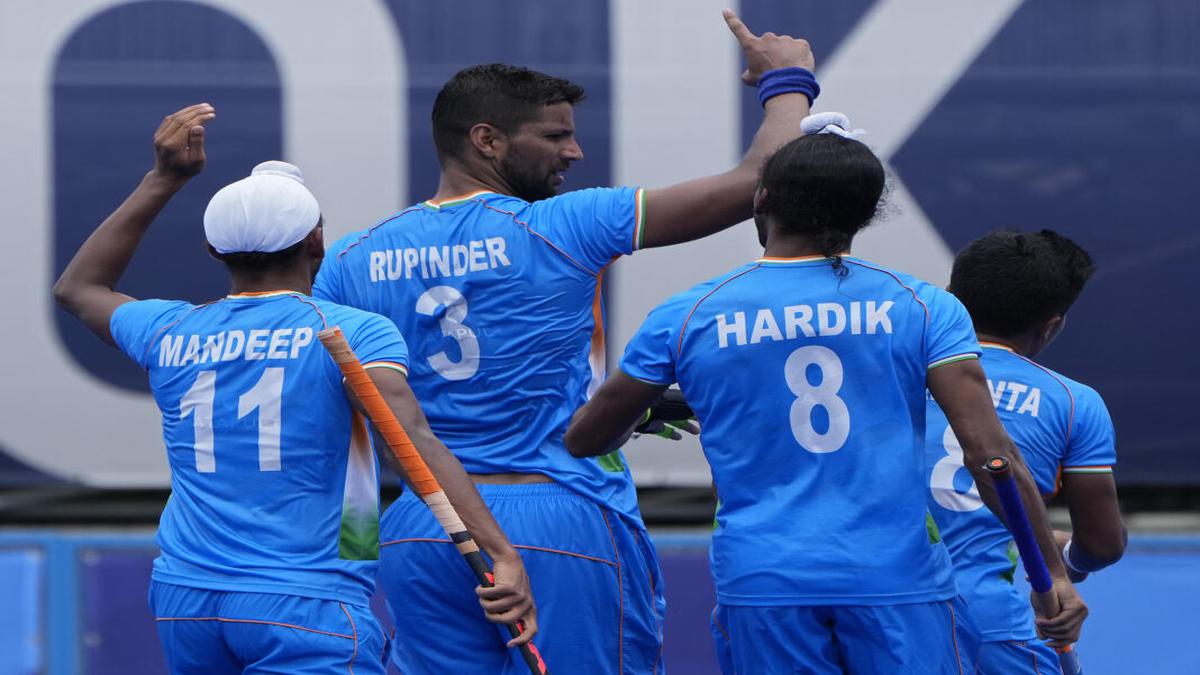 Welcome to Sportstar’s live coverage of Indian men’s hockey team’s Tokyo 2020 Bronze Medal game against Germany. This is Dominic Richard taking you through the action as it unfurls at the Oi Hockey Stadium.

The team lineups are out!

The Indian men’s hockey team’s dream of winning a first gold medal in 41 years at the Olympics was shattered by a 5-2 loss to Belgium in Tokyo on Tuesday, but the squad has quickly shifted focus to the bronze medal match against Germany.

“We huddled up after the game and I said we cannot change the result but our fortunes in the next game are in our hands. We still have the chance to win a bronze medal and all the senior players will boost the morale of the youngsters to ensure they remain positive ahead of our next game,” skipper Manpreet Singh said.


Coach Graham Reid, too, wants his team to focus on the game ahead. “To come third, you need to be the third-best team and beat either Australia or Germany [India will face Germany] to win the bronze medal. I am already pushing the fact that it is a team-first mentality. To be a team member we need you to keep your head up and go there and win this bronze medal,” he said.

India went toe-to-toe with the Belgians until the third quarter but fell short in the fourth. “Hockey is about gaining momentum and keeping that momentum. Maybe it was the green card (to Manpreet) and they scored after that. It’s a momentum thing and we lost it. It’s very hard to get that momentum back against a team like Belgium,” the coach said.