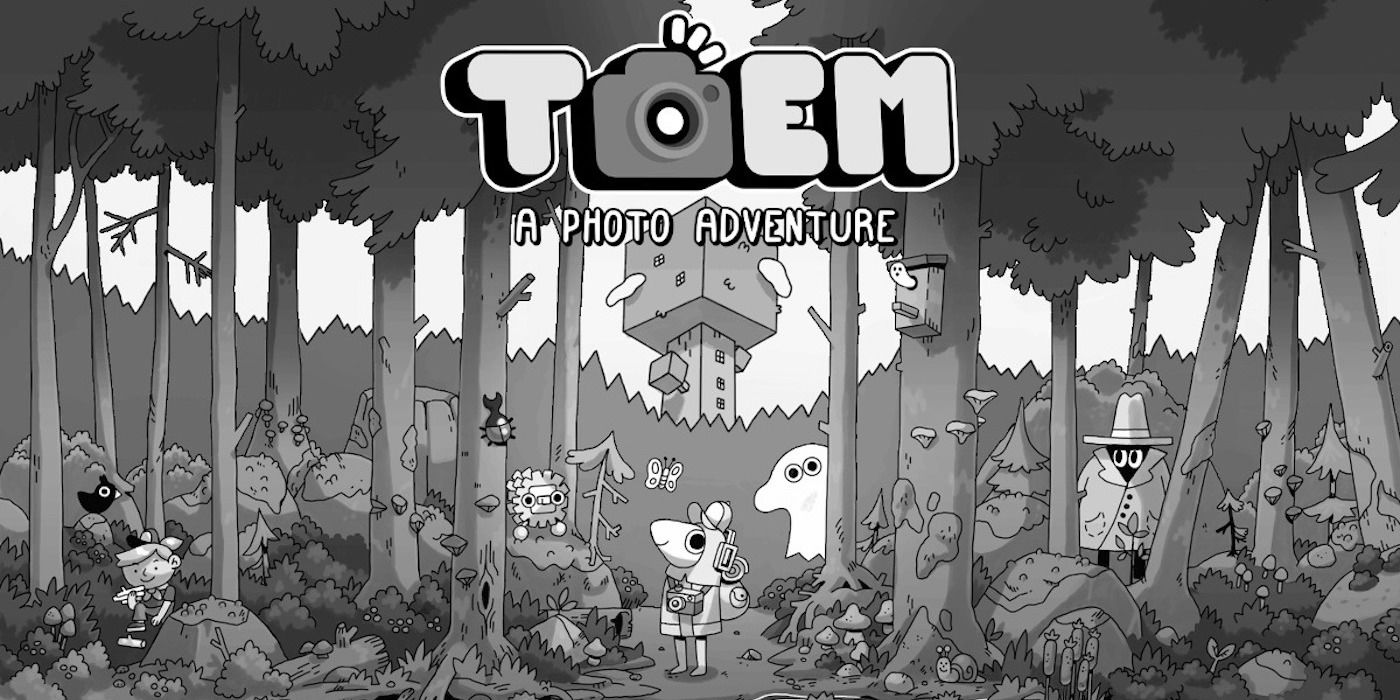 A wholesome game that appeals to one’s artistic spirit.

If you are looking for a casual and relaxing game to help you unwind from the stress of everyday life, where there are no high-stakes goals, just an unrushed creative journey, TOEM might just be the game for you. TOEM has just announced through a new trailer that the charing new game is coming out on September 17.

Developed and published by the Swedish independent studio Something We Made, whose motto is, “Our games are something of its own kind and we take pride in that,” TOEM is a visually adorable hand-drawn adventure game in which the player has to use their photographic eye to complete tasks. In TOEM, you’ll head on an expedition across a magical black-and-white world filled with quirky and endearing characters whose problems the player will aim to solve by taking the best photos.

The characters and Scandinavian-inspired landscapes seem like they could be straight out of one’s childhood drawing book, which gives TOEM a nostalgic feeling. To accompany its cute visuals, the player can also listen to chill music as they navigate through the map solving puzzles and helping people in need. If you’re looking for another island-based burst of cuteness after Animal Crossing: New Horizons, TOEM might be your answer.

TOEM made it into the official selection at the London Games Festival 2021 and Day of the Devs 2021. The demo for TOEM was launched on June 16 and is still available. If you’re looking for a calming game to wind down from the restlessness of daily life while still making use of your creative instincts, you may want to give TOEM a try. TOEM will be coming to Nintendo Switch, PlayStation 5, and PC on September 17. Check out the endearing release date announcement trailer for TOEM below.

We have our first look at the upcoming spinoff of ‘The Suicide Squad.’

Margarida Bastos is a native Portuguese writer with an avid interest in gaming, anime, theatre, books, film and TV. Essentially, everything that has to do with the multifaceted nature and fascinating power of storytelling. She has graduated from university in London with a BA in English with Creative Writing and is currently residing in Lisbon, Portugal. Other interests include Psychology, Philosophy, History, D&D, yoga and an unconditional love for animals.