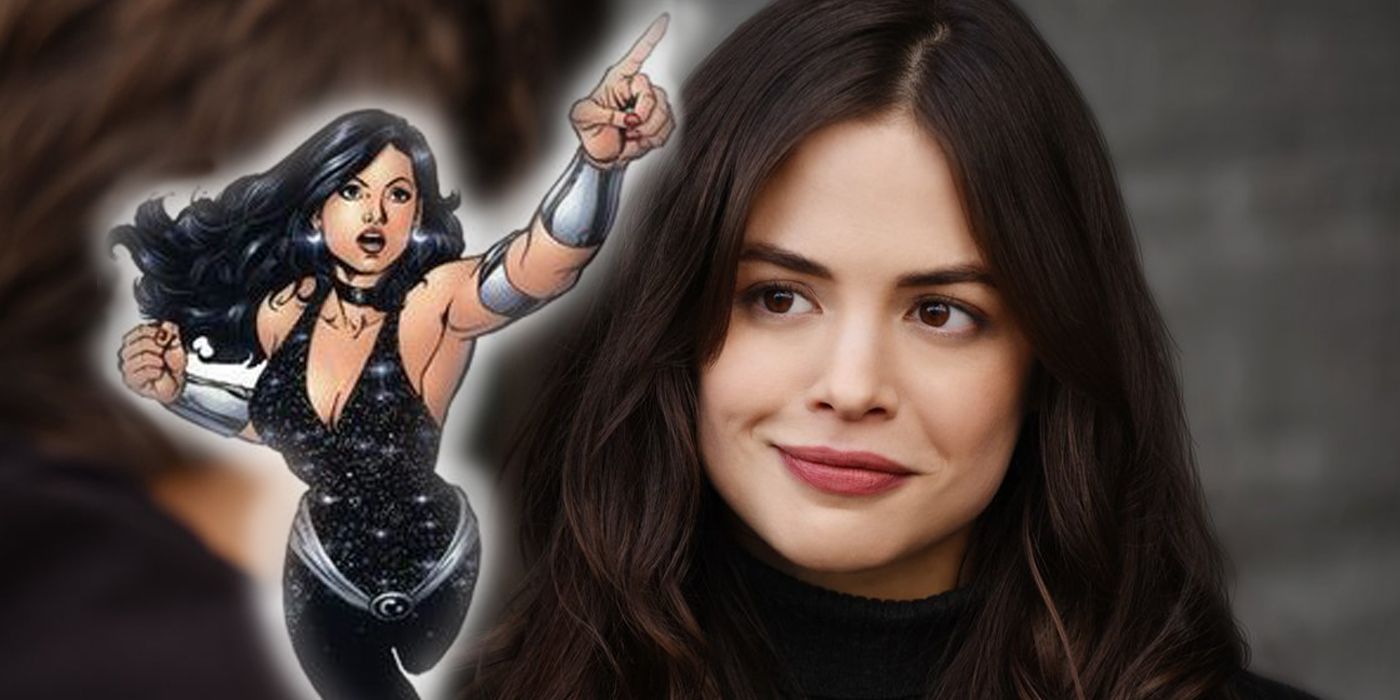 Donna Troy unexpectedly died in Titan’s season 2 finale, much to the shock and dismay of fans; however, the show may be setting up her revival.

The Titans season 2 finale saw the unexpected death of original “Teen Titan” Donna Troy (Conor Leslie). Donna was introduced in season 1, episode 8, “Donna Troy,” which established that Troy, now an investigative journalist, was previously Wonder Girl, the sidekick to Wonder Woman and a former Teen Titan along with Dick Grayson. While her story arc could have ended when she died at the end of season 2, episode 12 “Nightwing,” superheroes are bad at staying dead and Wonder Girl returned during Titans season 3.

Season 2 further developed Donna Troy’s character, showing her continued ties with Themyscira, her developing friendship with Koriand’r, aka Starfire (Anna Diop), and her tragic romance with the late Aqualad, Garth. Donna Troy became an important figure in the series, offering her moral perspective and being a fierce defender of the younger generation of masked crime-fighters. After facing-off against a mind-controlled Conner, the clone of Superman and Lex Luther, Donna Troy died suddenly when she sacrificed herself to save innocent bystanders: the Titans’ battle with Conner, aka Superboy, damaged the foundation of a large metal tower, which collapsed after the fighting had resolved. This unexpected, and somewhat anticlimactic, death frustrated some viewers.

Donna Troy’s death never felt like it was terribly likely to stick. Immediately after her rushed death scene, Raven raises the possibility of being able to resurrect her and departs with the Amazonians to Themyscira along with Donna’s body. Titans season 3 finally sees Donna reincarnated in episode 9, “Souls,” as the temporarily dead Tim Drake (Jay Lycurgo) and the deceased Hank Hall (Alan Ritchson) find her in the afterlife as she journey to the next place. Together they work to break Tim and Donna out of the afterlife by escaping Hade’s ghouls and crossing the bridge back to life being restored to their bodies. Sadly, Hank Hall is unable to follow them, but is reunited with his dead brother and the vow to work together to help people in the afterlife.

Donna Troy’s resurrection was not only telegraphed by Titans but also by her previous comic existence, and those comics might also suggest what will happen to Donna now that she has returned to the land of the living with her and Tim suggesting that they feel in some way different after their close call with death. Donna Troy is a complicated figure in DC Comics, who has been retconned numerous times. Wonder Girl was originally imagined as a younger version of Wonder Woman, then as Wonder Woman‘s younger sister. Wonder Girl was a founding member of Teen Titans, which got its own spin-off series in 1966. Writer Marv Wolfman gave the character an origin story in 1969 and established her secret identity, Donna Troy. In Wolfman’s version, Wonder Woman rescues the orphaned Donna Troy from an apartment fire, bringing her to Paradise Island (later Themyscira). Titans so far has followed Wolfman’s version of Donna Troy from the 1960s run of Teen Titans. However, the events of the season 2 finale suggest that going forward, the show may incorporate other storylines from the comic, such as an adaptation of her transformation into Troia, or her Darkstars run.

Wonder Girl has continued to be retconned following Crisis on Infinite Earths, which reset Wonder Woman’s continuity. Following Crisis, Donna Troy was given a new backstory in which she was saved from a fire not by Wonder Woman, but by the Titan Rhea. In this new storyline, Wonder Girl eventually embraces her mystical gifts from the Titans by changing her name to Troia and adopting a new costume and hairstyle. After giving up her powers to prevent a future catastrophe, Donna would later become a Darkstar, relying on the abilities provided by her Darkstar powersuit. The character was once again retconned in the late 1990s, this time becoming a magical duplicate of Wonder Woman created by Magala. She would eventually be killed by a rogue Superman robot in the Titans and Young Justice crossover “Graduation Day,” although the character later returns; this resurrection is explained in Phil Jimenez’s miniseries The Return of Donna Troy.

There have been numerous attempts in the comics to reconcile the Donna Troy’s numerous, and contradictory, backstories, which leaves open the possibility of Titans finding a way to connect its current depiction of Donna Troy to one of these other storylines. Donna Troy’s showdown with the brainwashed Superboy in the finale may have been a nod to her death at the hands of a Superman robot in “Graduation Day.” With hints that Donna Troy might take on a new leadership role, it is clear that Titans is not done with Wonder Girl just yet.

Sarah Milner is the Weekend Lead Editor for Screen Rant’s Film/Television features (SR Originals) division. She is a writer, editor and folk musician. Her culture writing has appeared in Exclaim!, GameRant, Bluegrass Canada, and Electric City Magazine. She often watches movies — sometimes she reviews them too.

A graduate of Trent University, Sarah’s MA thesis examines Frankenstein adaptations and their relationship with popular culture. She has a fierce love of all things “spooky,” and a deep appreciation for classic cinema.