The Walking Dead Reveals The Zombie Cure Might Be… Mushrooms? 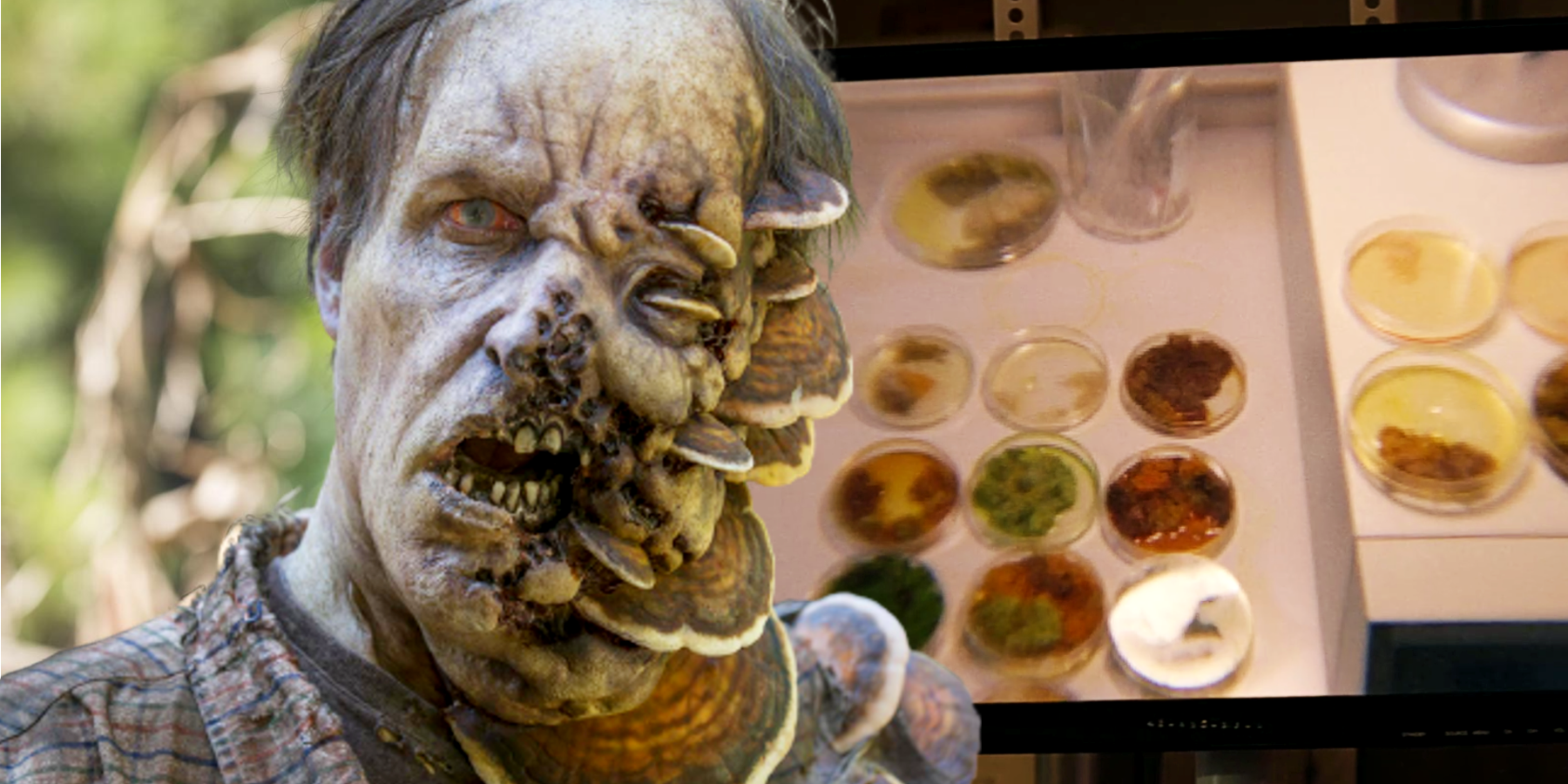 The Walking Dead: World Beyond season 2 reveals more of the Civic Republic’s research and one of their potential zombie cures could involve mushrooms.

Warning! SPOILERS ahead for The Walking Dead: World Beyond season 2 episode 2.

More of the Civic Republic’s research is revealed in The Walking Dead: World Beyond season 2, and one of their potential zombie cures involves mushrooms of all things. Though the Civic Republic and their military wing, the CRM, are still shrouded in secrecy, World Beyond has been slowly showing more of what the organization is all about. Namely, they’re determined to end the apocalypse and bring back civilization, but the means by which they’re going about this are questionable at best.

World Beyond‘s season 2 premiere confirmed the CRM destroyed Campus Colony and Omaha, resulting in thousands dead as they directed columns of walkers to tear through the settlements. Why, exactly, they did this is still unclear, but it’s possible that in addition to returning civilization, the Civic Republic also wants to rule that civilization. In which case, the attacks on other communities could be a part of consolidating power and resources. Meanwhile, they’re also recruiting the smartest survivors they can find to work on a cure for whatever disease causes people to turn into walkers. That’s a noble goal, but the Civic Republic’s authoritarian ways sure make it hard to appreciate any of the good they’re doing.

Of course, many of the scientists working for the Civic Republic are unaware of the CRM’s more unsavory methods, like Dr. Leo Bennett, Hope and Iris’ father. In The Walking Dead: World Beyond season 2, episode 2 “Foothold”, Leo is shown to be a great asset for the Civic Republic’s plans. For instance, he figured out how to get the biorecorder working (a device which monitors and records data from walkers) in just two months time when other scientists had spent years trying to crack it. But that isn’t even the focus of his research. Leo’s main course of study is fungi, and specifically the strains of fungi that grow on necrotic flesh. He believes that with the right modifications, fungi could be used to speed up a walker’s rate of decay and essentially neutralize them as a threat. Additionally, fungi could even be the cure to the disease itself, with some strain of mold or yeast potentially being the key to counteracting the zombie pathogen.

Most famously, penicillin is what comes to mind when thinking about medicinal cures derived from fungi, but dozens of antibiotic and antiviral treatments that come from fungi. Much of the Civic Republic’s work determining the cause of The Walking Dead‘s zombie outbreak, and while it is potentially fungal in origin, the cure could also be found in Leo’s research. More immediately, though, the idea that fungi and specifically mushrooms could be used to more quickly break down dead flesh is itself a kind of cure, ridding the world of the many walkers who pose an even bigger threat than the disease itself.

While using fungi to decompose dead flesh may not actually prevent dead humans from turning into zombies in the first place, it would be an incredibly effective tool in combatting the thousands of walkers roaming around. How zombies are able to keep moving after death and decay at much slower rate than the typical dead body are among the biggest questions the Civic Republic is looking to answer in The Walking Dead: World Beyond. In the meantime, though, preventing a dead body that’s been reanimated by the disease from even reaching the point of becoming a mobile threat would be gamechanger. Mushrooms could very well be the answer, naturally and quickly decomposing walkers before they can amass to a point where they’re tearing through whole cities.

Next: Walking Dead Finally Confirms What’s Happening Outside The US