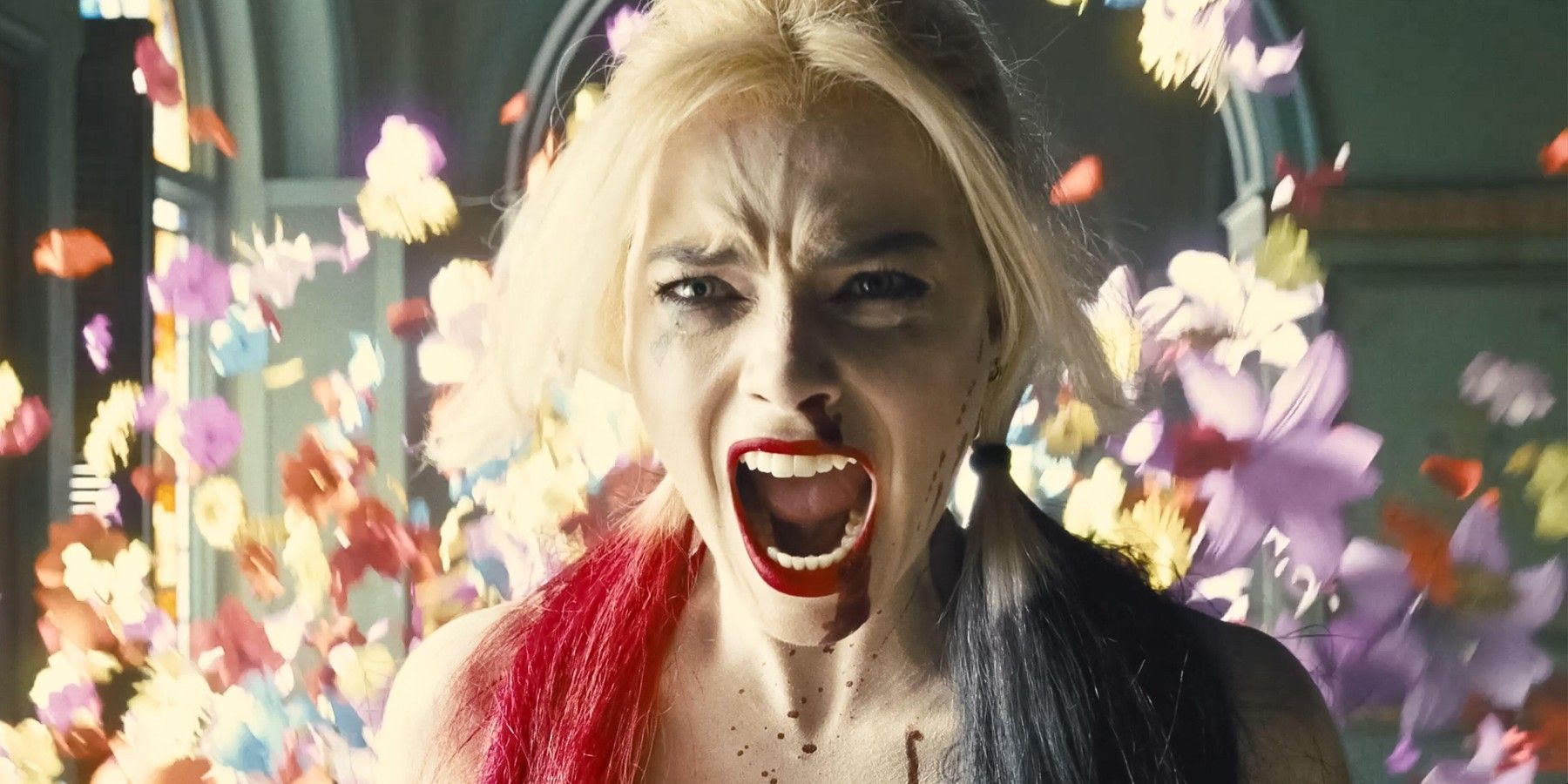 During a recent watch party for The Suicide Squad, James Gunn shares an interesting tidbit about the filming of Harley Quinn’s epic action scene.

James Gunn reveals The Suicide Squad‘s epic Harley Quinn action scene was shot over three days. Writer-director Gunn made the jump from Marvel to DC with The Suicide Squad, a semi-reboot, semi-sequel of the 2016 film of a similar name about the titular anti-hero team. After David Ayer’s Suicide Squad failed to resonate with fans, DC turned to Gunn for its second attempt. What resulted is a blood-soaked, surprisingly heartfelt action flick that makes good on its title. The Suicide Squad rolled out in theaters and on HBO Max earlier in August.

While most of the characters in The Suicide Squad are newcomers, Gunn held onto a few characters from the original film. That includes Margot Robbie’s Harley Quinn, a personal favorite of Gunn’s who goes on her own miniature adventure. This culminates in a lengthy action scene that sees Harley single-handedly free herself from the military forces of Corto Maltese. That she does it all while wearing a red evening gown and after starting out chained from the ceiling says a lot about both Robbie’s skill as an action star and Harley’s own prowess.

Monday night, Gunn held a Suicide Squad watch party and shared some new behind the scenes details about the movie. When it came to the Harley Quinn action sequence, Gunn explained that they shot the scene “from the first gunshot in three days.” If one counts the moment where Harley strangles a guard with her legs, it was four. “No second unit,” Gunn added, meaning it was not separate from the main production. He also shared that “I call the overhead twirling shot ‘The Umbrellas of Cherbourg shot.’“

We shot this entire Harley action scene from the first gunshot in three days (four days if you consider strangling guard with legs). No second unit. I call the overhead twirling shot “The Umbrellas of Cherbourg shot.” #TSSWatchParty

Harley Quinn is by far the most successful aspect of the original Suicide Squad, and both this new effort and Robbie’s turn in Birds of Prey have continued to give her more exciting stories and fight scenes. Ahead of The Suicide Squad‘s release, Gunn revealed the Harley action sequence was the biggest one he has ever written, and then later that his biggest regret was not showing more of Robbie’s face during the moment with the guard. Though the scene only lasted a few minutes in the overall runtime, it was an epic effort for just one character, and it’s clear it took a significant amount of time as well.

It seems like a given that Harley will be back in another DCEU project, but which one remains to be seen. There are still several movies involving her in development, including the much-anticipated Gotham City Sirens. As for Gunn, he’s still overseeing the HBO Max spin-off series Peacemaker, though he is also expected to return for additional DCEU works. If it reunites him with Robbie, hopefully he’ll find a way to give her another amazing action scene like the one in The Suicide Squad. At this point, audiences will expect nothing less.

More: The Suicide Squad: How Every Returning Character Changed From The Original

The MCU Just Teased A Bigger War Than Endgame

Rachel LaBonte is a news, feature, and movie review writer for Screen Rant with a deep passion for film and television. A graduate of Emerson College, she majored in Media Arts Production while specializing in screenwriting. She’s been a writer ever since high school when she realized she was rather good at it and joined as many entertainment news clubs as she could while in school. Most notably, she wrote for Emerson’s website Emertainment Monthly, and one of her film reviews won an Evvy (Emerson’s student awards) for Best Review. Her deep love of movies led to her working at a movie theater for five years, which she loved despite the angry customers. An avid reader who constantly buys books before reading the ones she already owns, Rachel is a huge fan of superheroes (especially of the Marvel variety) and wizards and will likely never be able to catch up on all the movies/TV shows she longs to watch.