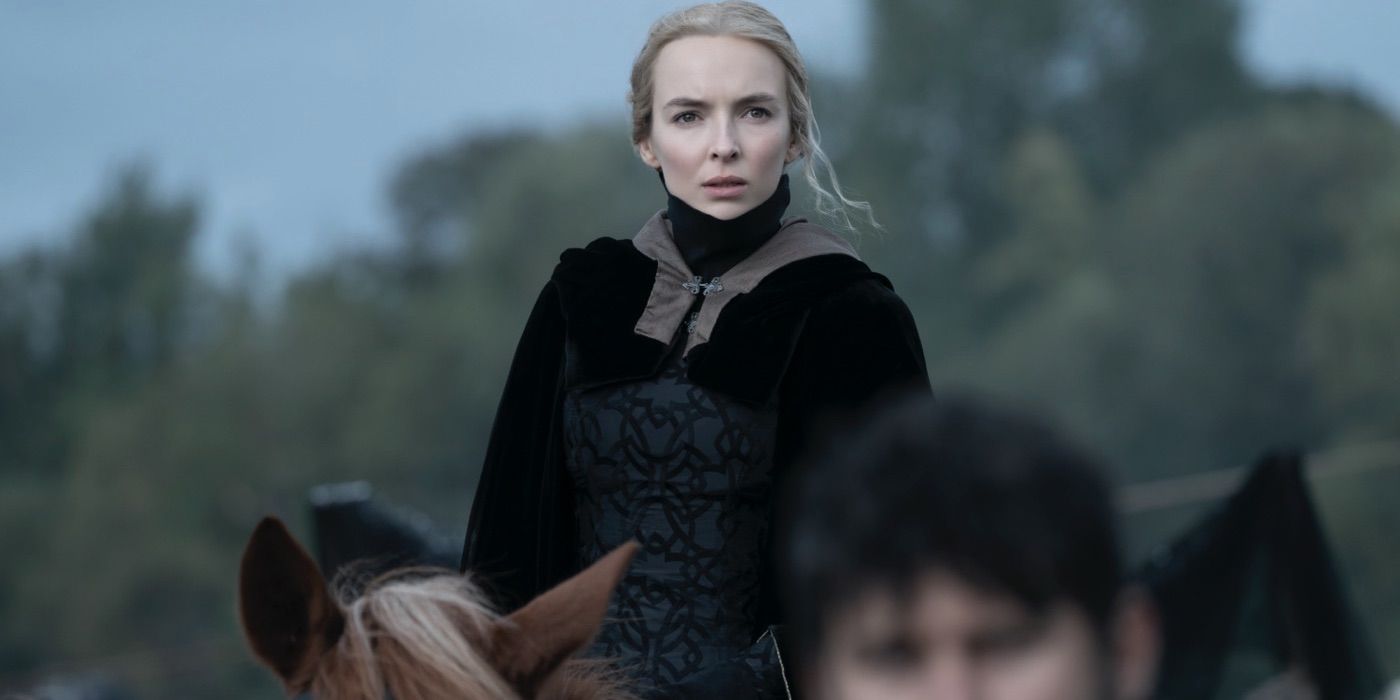 The Last Duel brings the most brutal sword-fight scenes in decades, proving that no one really does it like Sir Ridley Scott when it comes to medieval period pieces, who sets a new standard for grounded sword-fights. Still, the gnarly action is but a delicious aperitif for the main course: an exquisite The Handmaiden-like script that shows a series of tragic events told from three different perspectives, with stunning performances that change subtly depending on who is telling the story, while presenting a poignant exploration of power and gender that still fails at making its female side characters feel like anything more than just props.

Set during the Hundred Years War, a time where France and England are engaged in endless battle and conflict, it is a great time to make a name and a living for yourself winning glory and land for your feudal lord — as long as you pay your rent in time and give a cut of everything you and your neighbors do to a far-away count or duke. This is a time where everything, including people, is just considered property. From the opening scene, Scott makes it clear that this is a cruel and unforgiving time in history, where thousands of people gather at a public square to see two men joust in a fight to the death while the king and his court watch with delight. Just before the lances hit their target, we go back a few years.

We follow knight-to-be Jean de Carrouges (Matt Damon), a squire known for his skill in battle. His is a tragedy of Greek proportions, as we see how Jean’s battle exploits in the name of the king get him only pain and humiliation. First, the plague claims his family, workers, and crops, then the count he’s forced to swear fealty to, Pierre d’Alençon (Ben Affleck) treats him with disdain. Worse yet, the count starts conspiring with Jean’s best friend Jacques Le Gris (Adam Driver), who takes all of Jean’s inheritance, his wife’s dowry, and eventually, his wife herself. When Marguerite (Jodie Comer) claims she was raped by Le Gris, Jean decides to leave justice in the hands of god, and the blade of his sword, challenging his former friend to a duel in front of the king.

Then we go back to the beginning once again, as we revisit the facts once again, now told from Le Gris’ perspective, a la The Handmaiden or Rashomon. It is a testament to the actors that they are able to deliver three distinct, subtly different performances according to who is telling the story. Damon delivers an impressive performance that transforms de Carrouges from a proud, confident squire in his own eyes, to a pathetic, laughable fool when Le Gris is telling the story, to a dutiful if angry, resentful, and jealous husband when Marguerite is telling the story. Driver, on the other hand, acts like an Alexandre Dumas character come to life, with the charisma of a romance hero, combined with the raw and loud energy of his SNL Medieval Times sketch. Arguably, it is Affleck that gives the most entertaining performance, digging deep into his libertine playboy persona from 20 years ago for a deliciously and absurdly cruel and joyful role as the bleach blonde-goateed count.

Still, this is unequivocally Comer’s star vehicle, as she emerges from the shadows in the third act, having purposedly tricked the audience by acting quietly and on the sidelines as little more than as a prop to aid the stories of the two men about ot fight to the death because of her. Comer’s ability to inject humanity into Marguerite’s character with the subtlest of expressions, slowly but surely revealing more of the pain, the frustrations, and also the joy of the newlywed’s life before her side of the story is told is what really sells the movie, as the entire story rests on her shoulders. The script, co-written by Affleck, Damon, and Nicole Holofcener (who handles Marguerite’s version of events) makes the right choice not to play into ambiguity on whether the rape actually happen, but rather play into the way societal norms taught and allowed men to perceive a woman running away in fear as just innocent foreplay, or screams of terror as a farse done by married women as an obligation towards god rather than true protests. The Last Duel makes it clear that the reason Marguerite’s version of events is factual is that she is the only character that fully sees everyone else as human, objectively recognizing their qualities and their flaws, rather than looking at others as property or objects.

But the script works as well as it does because of Scott and cinematographer Dariusz Wolski‘s camera, changing the framing and the camera angles from one chapter to the next, reframing events to show how we perceive ourselves, and how we are perceived by others. De Carrouges may be a big, impressive man in his eyes, with his heroic fight scenes presented in slow motion and with low angles that play his greatness, but when Le Gris is telling the story, the camera pulls back and makes Jean shrink like a fool in a sea of actual greatness. Indeed, the blocking, and even the editing peel back at scenes we’ve already seen, and almost like a whodunnit, reveal details or even people that were there, hiding just out of sight of the two men too big and self-absorbed to notice them before.

Sadly, for a movie that tries so much to be a different kind of medieval drama for the #MeToo era, The Last Duel doesn’t offer its female side characters the same humanistic treatment as it does Marguerite, treating them mostly as plot devices, appearing only when strictly necessary and quickly disappearing from sight. Likewise, the film focuses so much on the rape scene, extending the scene and with the sound editing accentuating groans and screams, that it almost feels gratuitous and counterintuitive in a film that supposedly is all about giving women their voices back and portraying them as humans rather than objects.

So what about the titular duel? Well, despite a lengthy 152-minute runtime, the wait is absolutely worth it to see Scott flex his action muscles in a way not seen in mainstream Hollywood filmmaking since Kingdom of Heaven. This is not the kind of romantic swordfight of something like Lord of the Rings, or the over-the-top focus on gore of Game of Thrones, but a grueling, brutal, slow fight to the death that is as unromantic as a movie can be, with each hack, slash, and stab carrying tremendous visual, auditory, and emotional weight behind it to the point where this critic felt almost tempted to look away during the fight. You know the stunt team did their homework the moment Damon’s de Carrouges starts holding his sword with one hand on the actual blade, and the rest of the fight feels as grounded — even if it is flourished in order to make what was a very short affair appear more cinematic.

A movie about a duel to the death over the rape of a woman, written by two men, had a lot of skepticism riding against it, but The Last Duel rises against any skepticism with a nuanced, complex script, phenomenal performances that should be studied in acting class, and some of the best medieval fight scenes put to the screen.

That ‘Malignant’ Ending Is the Wildest Horror Set-Piece In Years; Here’s Why That Matters

James Wan’s bonkers Giallo is important for reasons other than “because it rules.”

Rafael Motamayor is an entertainment writer and critic for sites like Collider, Observer, Rotten Tomatoes, /Film, IGN, and more. He specializes in writing about horror and animation, and yearns for the day a good animated horror project comes along so he can combine the two.