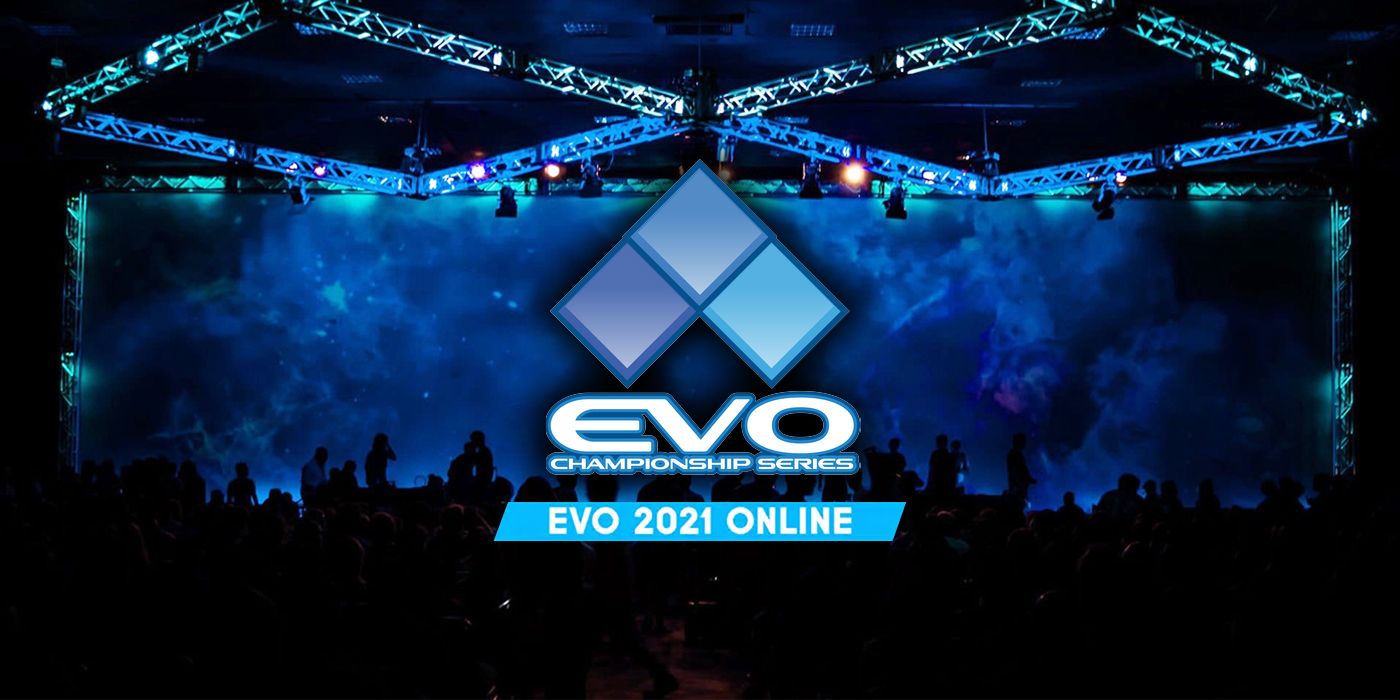 The Fighting Game Community (FGC) lives in its own little bubble for most of the year, but anything related to the EVO Championship Series usually penetrates through to the wider gaming world. It’s a weekend-long celebration of the best aspects of fighting games: the grandest spectacle, the highest levels of competition, and the perfect stage for developers and publishers to announce new titles to get the already-enthusiastic crowd as excited as possible. For over a decade now, the FGC has treated EVO like its own Super Bowl: months and months of training all boil down to one weekend in Las Vegas where you have the most potential to make the biggest splash in front of the most eyeballs.

What if we told you that this year’s EVO was already happening, and we’re in the middle of it right now? Did you know it’s split between two separate weekends? What about the lineup of games? If you’re totally in the dark, don’t blame yourself. All of the best aspects of EVO—the spectacle, the competition, the new announcements—are completely absent this year. You might even have been under the impression that the event was outright cancelled based on what you heard about it last year. What exactly is going on here?

The FGC is not a monolith; it consists of countless different sub-communities and people with distinct interests and roles. But there was always one unspoken truth that everybody could agree on: You aren’t truly a part of your community unless you show up in person, and not just purely for competitive integrity reasons. Fighting games are one of the last bastions of live energy in gaming that can only be felt by sitting down directly next to someone else and duking it out one-on-one. The interactions you have with other people in this environment run the full spectrum from friends to enemies, too; bitter rivalries are formed just as often as iron-clad, life-long friendships. As online play grew more and more prevalent, though, playing games together in person slowly became a dying art form, and these authentic personal moments became harder to come by.

So the trend towards online-only was already well underway for the FGC long before COVID-19 forced the issue. The advent of Discord in 2015, combined with the sudden trend of fighting games getting proper PC ports and day-and-date releases with the console versions, resulted in a steady increase in players who felt more comfortable just staying at home with the boys on voice chat. Tournament organizers were still booking major events at hotels to serve as milestones for competitive players, and they still pulled huge numbers of entrants, but you can probably chalk this up to the thousands of long-time community members who had simply gotten used to that lifestyle and didn’t want to give it up. Once COVID-19 became too much for anyone to ignore in March 2020, that lifestyle was forcibly taken from them, and the effect on the community has been suffocating.

Like all other offline events, EVO was forced to cancel its usual Las Vegas plans and adopt an online-only format last year. The game lineup changed to accomodate this, too. As you may recall, though, the entire event got cancelled at the last minute. It was a dark and shocking few days of reckoning for the FGC for reasons completely separated from the global pandemic, and we won’t belabor them here. Just know that it resulted in the removal of one of EVO’s co-founders, and a very bleak-looking future for everyone involved. Everyone in the community was apprehensive, yet curious to see how the world-renowned brand was going to rebound in 2021.

There’s No Going Back From Rollback

Remember that one detail about the game lineup changing? The original roster remained mostly in-tact, but four new titles had been added: Mortal Kombat 11, Killer Instinct, Skullgirls, and Them’s Fightin’ Herds. These four titles all had one thing in common: rollback netcode. Compared to most other genres, the concept of online play that you can actually trust is relatively new to fighting games. (“Relatively new” being 2006 with the first iteration of “GGPO.”) You can read all about what makes it work and why it’s so fantastic here, but all you need to know is: The moment you experience it, you can just feel the difference.

The first huge, mainstream fighting game to properly incorporate this technology wasn’t until Mortal Kombat XL in 2016. Some of Capcom’s older arcade games like Street Fighter III: Third Strike Online Edition and the PSN and XBL version of Marvel vs. Capcom 2 had first-generation versions of rollback netcode retro-fitted into them by US-based developers, but Japanese developers themselves turned up their noses at adopting an American-made technology for years. They simply thought they could do it better. Capcom’s first attempt at their home-grown rollback netcode was Street Fighter X Tekken, and it was absolutely abysmal. You’d think for a game as critically important as Street Fighter V that they’d get their act together, or at least swallow their pride and adopt GGPO, but the execution still wasn’t good enough for a competitive environment, and the SFV community has been hounding Capcom about it for the last five years.

By 2019, the FGC said enough was enough and would collectively demand rollback netcode as early as possible for every fighting game going forward, starting with Guilty Gear: Strive. The moments that The King of Fighters XV and Melty Blood: Type Lumina were announced, the developers couldn’t get a word in about anything related to the games themselves without fans asking for a concrete answer about whether or not they’ll be playable online. That’s how much of a distinction this type of netcode makes now: Street Fighter V, Tekken 7, and Dragon Ball FighterZ players will claim their games are simply “not playable online” anymore. Even the freaking Nickelodeon Smash Bros.-style game is getting a fair chance by comparison. Rollback is now non-negotiable for anyone even considering taking a fighting game seriously.

So How Is This Year’s EVO Going?

To put it bluntly: EVO sure doesn’t feel like the most prestigious fighting game tournament in the world anymore. Only three of the five games—MK11, Strive, and Skullgirls—feature proper rollback implementation. The popularity of SFV and Tekken 7 relative to other games granted them spots on the roster this year in spite of their poor netcode, making this the first time the competitive validity of EVO tournament results have been brought into question for either series.

The online-only nature of the event has also forced the EVO staff to break each game up into four different regional sub-tournaments: North America, Asia, Europe, and Latin America. The only tournaments that took place last weekend were for two of those four regions for each game, with the other half of the regions scheduled to play this coming weekend. The logistics of the Latin America tournaments have already turned into a huge debacle: The geographical net that the EVO staff decided to cast under the “LATAM” umbrella stretched from Mexico all the way to Argentina, and that’s a distance so vast that not even rollback netcode could salvage the Guilty Gear: Strive matches. Viewers were left staring at a static “We’ll be right back” image for over an hour before learning that the rest of the LATAM Top 8 couldn’t be streamed. Oh, by the way, none of the pool play is being streamed, either, just the Top 8s and 16s. If this all sounds frustrating as a viewer, you can imagine how frustrating it must be for the players.

Sony (the new owners of EVO as of March) have also muddied the waters with their “Side Tournament,” “FGC Arcade,” and “Online Warm-Up” events that have been taking place since June. While it’s nice to see a spotlight shown on other games that didn’t make the main roster cut, even the games that did make that cut were included in these events, and they were brought down by a combination of a lack of top talent and a dry stream production. These were all broadcasted on EVO’s main Twitch channel, too, leaving many viewers confused about whether what they were watching even counted as “EVO” and when the “proper EVO” would actually begin.

If you’re curious, feel free to tune in this weekend for the other half of the tournaments. Some matches for some games will definitely still be worth checking out! There’s even the slimmest possibility of some exciting new announcements. Forget about that League of Legends fighting game, though. That was a fever dream we all made up.

KEEP READING: ‘Guilty Gear: Strive’: The Fighting Franchise Characters We Most Want to See in the DLC

Michael Keaton Describes the First Shot of Batman in ‘The Flash’: “Whoa, This Is Big”

Tim Burton fans will be very happy about what Keaton just told us.

AJ Hurst probably spent more time playing Team Fortress 2 and the Left 4 Dead games in college than any of that education or socializing nonsense, but the student newspaper did give him a platform to write game reviews. His love of fighting games and the Persona series also gave him no choice but to become a tournament-level Persona 4 Arena player, and even organize, promote and run tournaments for his local community in Kansas City. And he unironically loves ska music.