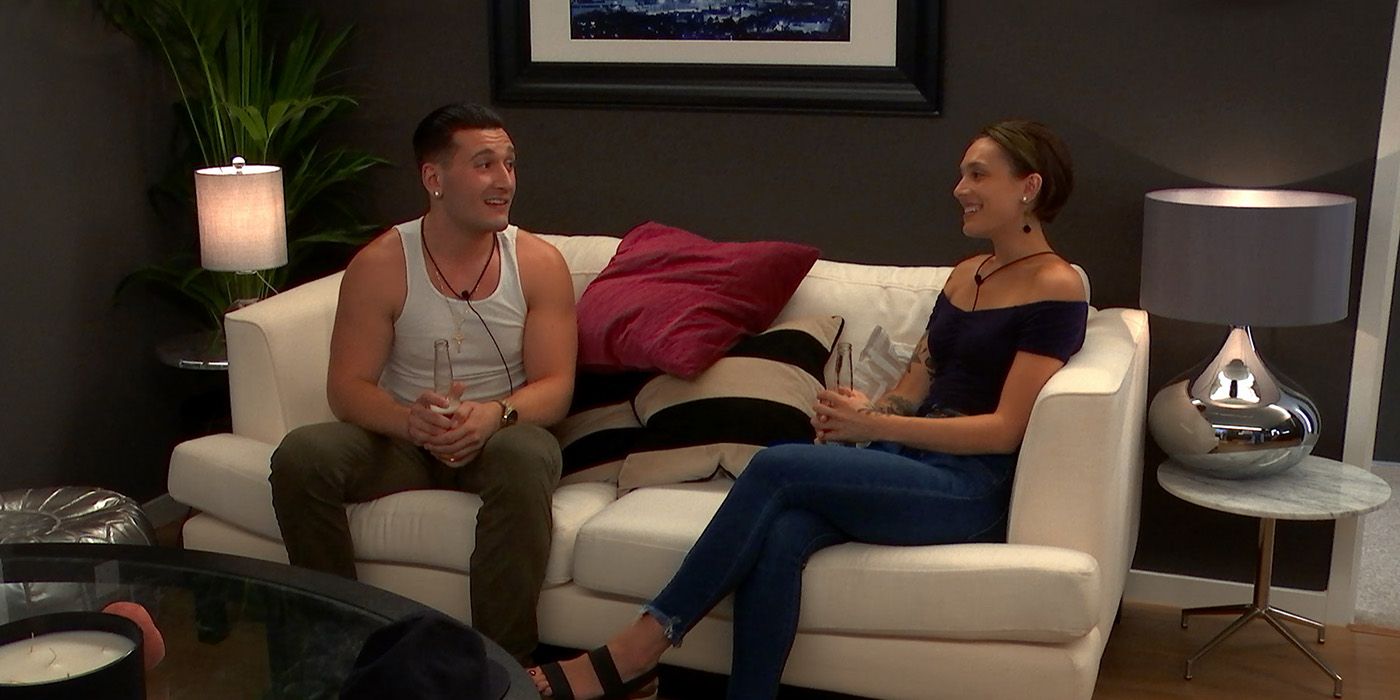 Joey and Miranda, co-stars from season 1 of The Circle, share a humorous collection of photos together, hinting at what could be a new Circle couple.

Joey Sasso and Miranda Bissonnette, two fan favorites from Netflix’s The Circle, have been rumored to be in a romantic relationship. As one of the most original new reality shows to hit streaming, The Circle challenges contestants to utilize their detective skills in a social media-esque competition. Each contestant has the chance to choose to be either authentic or a catfish, leading to unpredictable alliances and plenty of shocking reveals. While many of the contestants have faded to the background, Joey and Miranda are still an iconic alliance from the series and remain at the forefront of fan’s minds as they think about the outcome of season 1.

Since season 1, the show has evolved and progressed, expanding into various countries as well as exploring a handful of diverse points of view and experiences. The Circle has kept reality television fresh and inventive, constantly evolving and even including famous contestants. While many reality shows on Netflix have felt drama-focused, avoiding authentic and meaningful conversations or content, The Circle has become a platform for hope, love, and friendship, amidst the overall competition of the series.

Related: Netflix’s The Circle: The 10 Most Popular Cast Members, Ranked By Instagram Followers

First posted on Instagram, Joey shared a photo of himself and Miranda this week, claiming they are a “dynamic duo.” Having ended in 2020, Joey has gone on to achieve his dreams, those dreams possibly even including a future with Miranda, his co-star from the series. The humorous collection of photos posted on Joey’s account feature the two with arms wrapped around one another, close as can be. Miranda even commented on the post saying “I love you!” in response. While the posts could very well be platonic, there seems to be an intimacy between the two, the photos and mentions of “love” only adding to fan suspicions since season 1.

Since Joey and Miranda’s passionate moments on-screen during season 1, fans are desperate to know what has developed since the end of the season. Joey shared an update about his relationship with Miranda in an interview with Screen Rant after last season, alluding to what involvement the two have with one another. In the interview, Joey shared that “we are definitely still in each other’s lives…we really just care and love each other.” When asked directly about their relationship status, Joey mentioned, “I don’t want to say if we’re together or not together.” He also wished Miranda well, no matter their status, “I want her to be with someone who is going to respect her and treat her well, just like she deserves.” Without much confirmation, Joey seems to want to keep his relationship with Miranda confidential, whether they are dating or just friends.

Despite Joey and Miranda living separate lives, they have made the effort to stay in contact, no matter where their lives and career paths take them. With obvious feelings for one another, neither has been willing to divulge their relationship details and if there is a possibility for a love connection. As photos of the two together are released on social media, fans are certain to be intrigued where this relationship will go and if The Circle may be responsible for a budding new romance.

Josh Flores is a features writer for Screen Rant, focusing on the latest news in the world of reality television. He recently graduated from Biola University with a B.A. in English and an emphasis in writing. Previously, he has held the title of editor, staff writer and student.

When he is away from his laptop and writing projects, he can be found discovering new bookstores around Orange County, binging the latest episodes of Married at First Sight, playing Kacey Musgraves on repeat, exploring cozy coffee shops and obsessing over Bob’s Burgers.