The Case for Douglas Sirk as the First Postmodern Filmmaker 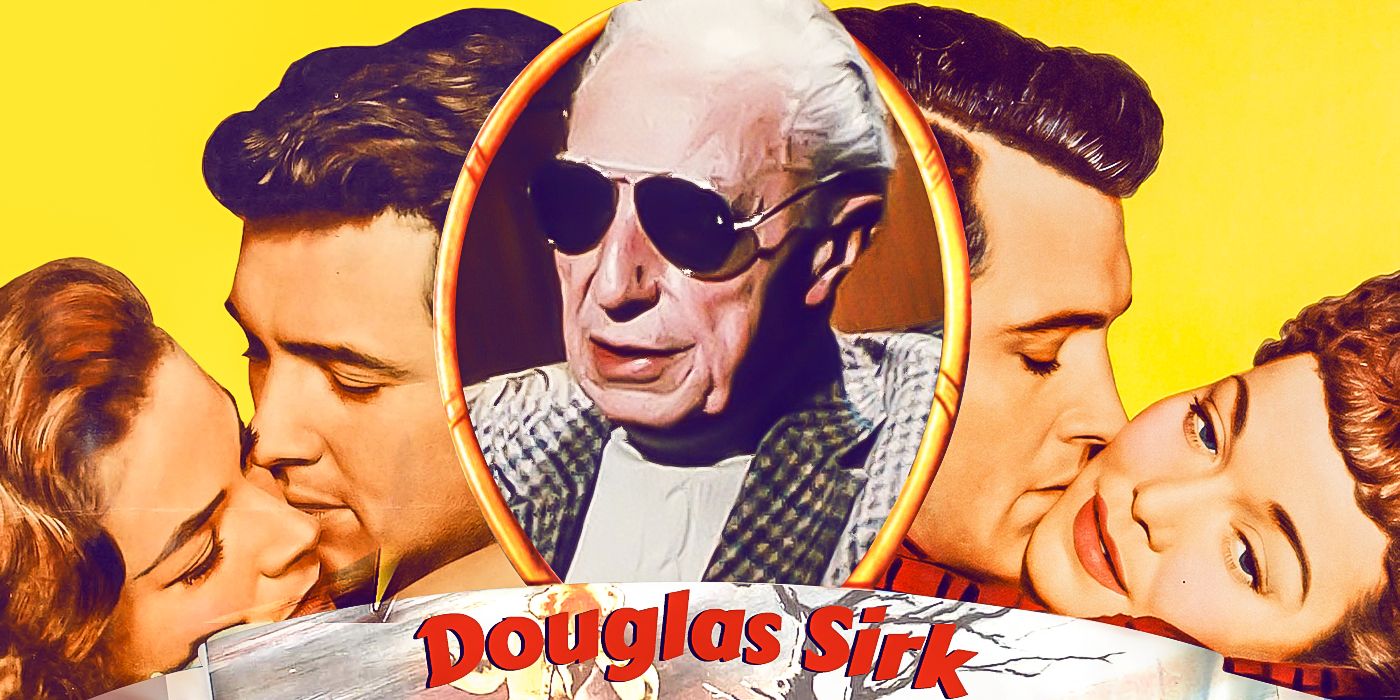 When placing film into the larger narrative of modern art, it becomes very clear that postmodernism is the leading movement in mainstream cinema to this day. Postmodernism is variously considered the only natural progression from modernism by some and a disease in the world of modern art and cinema by others. If modernism was a movement of sincerity, of “serious” filmmakers like Ingmar Bergman and Michelangelo Antonioni looking at the human condition and asking “Why?”, then postmodernism is a movement of irony, an era of “commercial” filmmakers as disparate as Paul Verhoeven and Quentin Tarantino looking at the history of cinema itself and asking “Why not?”. The major consensus is that postmodernism came into popularity in the 1980s, slowly killing the era of the middle-budget art film and ushering in a new age dominated by high-budget studio blockbusters and low-budget independent films.

While precursors to the postmodernist film have been defined as early as the ‘60s and ‘70s, with critics pointing to Jean-Luc Godard’s French New Wave work, Federico Fellini’s 8½ and Martin Scorsese’s Taxi Driver, a much earlier figure who is not often identified with the movement seems to have pioneered much of its spirit. Douglas Sirk worked in the Hollywood studio system during its Golden Age, making big-budget, technicolor melodramas throughout the ‘40s and ‘50s. From All That Heaven Allows to Written on the Wind, these were films that had an ironic detachment from the lifestyle of their characters, while also being entirely self-aware and reflexive of the tropes of melodrama. For these reasons, Sirk may just have been cinema’s first postmodernist. While expanding on this, it may be helpful to dive deeper into what exactly postmodernism is in the realm of film, and how it deviates from cinematic modernism.

RELATED: Why ‘First Knight’ Is the Steamy 90s Melodrama Version of King Arthur You Must See

Perhaps the first major tenet of postmodernist film is a tone of irony. Modernism was characterized by the straight-faced sincerity with which it portrayed its subjects, often leading to an intimacy between filmmaker and character. Think John Cassavetes’ raw and deeply personal dramas like A Woman Under the Influence. In direct contrast, postmodernism is defined by a sarcastic tenor, and a detached orientation with a film’s subject matter. This ranges from the very obvious satirical tone of Paul Verhoeven’s Starship Troopers, in which the characters are mindless drones of patriotism being controlled by systems they can’t understand, to the more subtly layered dramatic irony with which Paul Thomas Anderson portrays his characters in Magnolia, a film full of people together only in their isolation.

Sirk was born in Germany, only immigrating to Hollywood in the middle of his career, and his films provide a detached, necessarily “outsider” perspective. The type of materialistic bourgeois middle American that so many Hollywood melodramas focused on are given a deeply critical look in his films. All That Heaven Allows reveals the suffocating expectation to conform in this culture, while Imitation of Life exposes its damaging racism. Bitter ironies punctuate the characters’ struggles with these issues, most notoriously in Magnificent Obsession, which has Rock Hudson desperately attempting to assist Jane Wyman after he accidentally kills her husband in a boating accident. Everything he does to aid her only makes her life considerably worse, to increasingly ridiculous effect.

The second major tenet of postmodernist film would be a high degree of self-reflexivity. Modernist films took directly from life in attempts to say something about it at large. Robert Bresson’s grim look at the passiveness of humanity when faced with their own self-destruction in The Devil Probably is as good an example as any. Postmodernism shifts focus to other films. Disillusioned with the ability to say something real and stirring about the world with art, the postmodernist filmmaker instead takes what they will from their inspirations, imitating, commenting on, or making fun of various existing cinematic trends for little more than their own (and the audience’s) enjoyment. The king of this would be Quentin Tarantino, whose films are painstakingly packed with as many references to noirs, westerns, and exploitation films as possible. David Lynch riffs on the classics in a less wholeheartedly appreciative way, taking on the restraints of the Hitchcockian crime drama or the Hollywood romance to reveal the nightmarish things these genre trappings can often hide in films like Blue Velvet and Wild at Heart.

Sirk’s films are similarly negative in their reflexive take on the classical melodrama, even despite having been released simultaneously with genuine takes on the genre. The artifice of Hollywood studio films is taken to self-parodic extremes in his work. The music and style are constantly instructing the viewer to cry in a manner so overbearing that one can’t help but question the honesty of what they’re seeing. This genre of film is known to have been specifically designed to appeal to middle-aged, middle-class women, and Sirk’s work self-consciously borders on a cinematic display of his audience’s fantasies. From Magnificent Obsession to All That Heaven Allows, the youthful and attractive Hudson is always there to sweep much older women up and away from their miserable lives.

One final major tenet of postmodernist film is a blurring of the lines that distinguish “high” culture from “low” culture. A common criticism raised against the kind of art films that made up modernism is that they’re “elitist.” This point is arguable, but what’s certain is that they were never streamlined for the commerciality that often appeals to mainstream audiences. The impenetrable nature of modernist films like Alain Resnais‘ Last Year at Marienbad or Sergei Parajanov’s The Color of Pomegranates is concrete proof of this. Postmodernism, on the other hand, is far more open to recognizing the artistic merit of more commercially viable films. As an umbrella term, postmodernism includes both arthouse metafilms like Abbas Kiarostami’s Through the Olive Trees and the overtly commercial blockbusters of filmmakers such as Brian De Palma, Steven Soderbergh, and the aforementioned Paul Verhoeven. There’s no distinction between “high” and “low” culture as long as the work is done well.

In this area, too, do Douglas Sirk’s films have significance. Despite being of a genre widely considered a trashy precursor to the modern television soap opera, Sirk’s work is as masterfully constructed as any Bergman or Antonioni film. A true auteur, Sirk uses everything at his disposal, from the carefully calibrated composition of shots to the vibrantly stylized lighting and costumes, in order to tell stories and explore characters in purely cinematic terms. A harrowing scene in Written on the Wind, for instance, has an unstable nymphomaniac (Dorothy Malone) attempting to seduce Hudson’s protagonist. The exaggerated camera angles make her appear to tower over him in the shadowy room, lit coldly with ominous shades of blue.

Whether postmodernism is an inevitable reaction to modernism, a fascinating new aesthetic perspective, or the scourge of contemporary cinema, one thing is clear. In his penchant for irony, self-reflexivity, and implanting artistry into the most “artless” of genres, Douglas Sirk was the film movement’s ultimate forefather. In this age dominated by sly, megabudget blockbusters and small indie films brimming with self-conscious homage, his touch on culture is felt now more than ever, and it’s high time he receives proper recognition in this area.

Cameron Olsen has a boundless passion for the art of cinema, and loves nothing more than to closely examine the great works thereof. He has a bachelor’s degree in film from the University of Utah, and has had several short films in international festivals. His belief is that film is the ultimate medium to explore human ideas because of its preoccupation with actual human faces. Thematic interests of his include existentialism, psychoanalysis, and ethical dilemmas, while stylistic interests include surrealism, neorealism, and expressionism. His favorite filmmakers include Ingmar Bergman, Andrei Tarkovsky, Carl Theodor Dreyer, and Abbas Kiarostami.