The best builds for Sayu in Genshin Impact 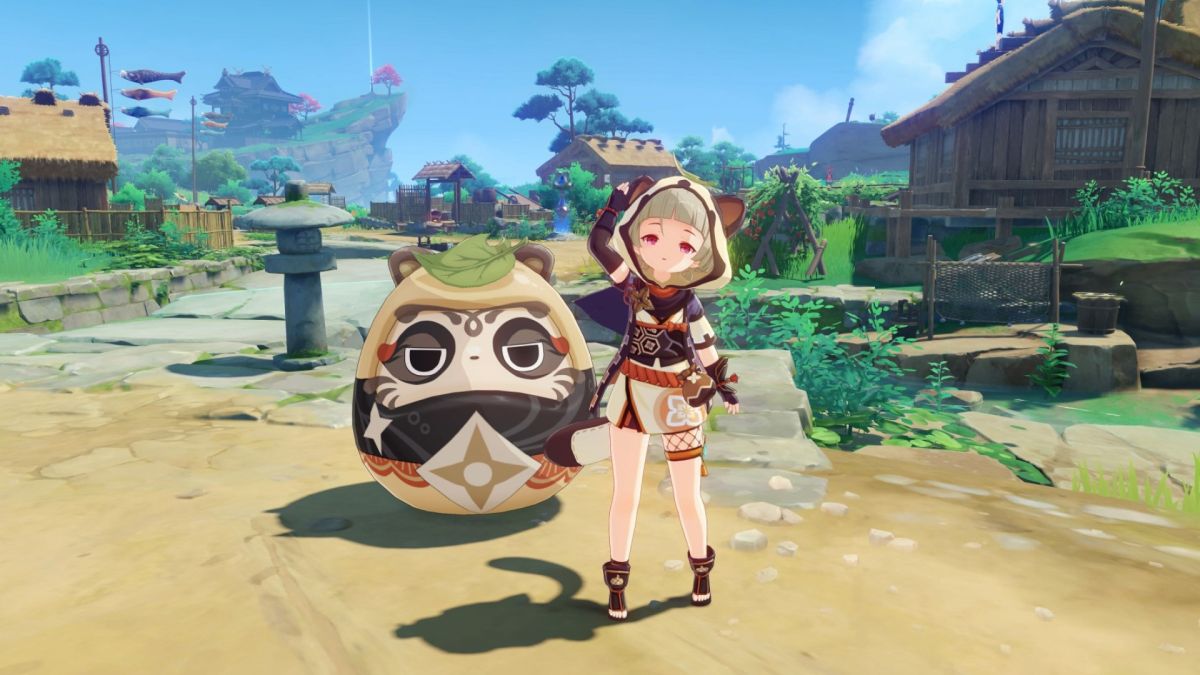 Looking for the best Genshin Impact Sayu build? This napping ninja drops alongside Yoimiya’s Banner of Golden Flames, and she looks like a lot of fun in a fight. She’s not just Genshin’s first pint-sized claymore user, but she can also turn into a ball and roll around the battlefield, running down poor enemies.

Sayu may have been somewhat overshadowed by Ayaka and Yoimiya, but some of her abilities are still pretty powerful. Mujina Flurry, for example, offers Bennett-esque healing, but when it hits that 70% cap, it starts to cause Anemo damage to nearby opponents instead, which is pretty useful.

With less than a month left until Genshin Impact 2.1 and a whole crop of strong new characters including Aloy, and possibly Baal, it could be easy to lose excitement for a four-star like Sayu. But personally, I’m just happy crushing enemies under a ball of Anemo death.

Here’s our best Genshin Impact Sayu build, along with details on how to get her, and what Ascension materials you’re going to need.

The best Sayu build takes advantage of her amazing support abilities, increasing Anemo damage, while also boosting energy recharge so she can use them more.

The new craftable four-star claymore, Katsuragikiri Nagamasa, is a very good fit for Sayu. It boosts energy recharge by 10%, as well as elemental skill damage by 6%. Every time an elemental skill hits and opponent, your character loses three energy, but regenerates three every two seconds for the next six seconds. This can happen once every ten seconds.

It sounds complex, but considering Sayu’s Muji-Muji Daruma can continously attack opponents, it offers a damage boost, as well as some great energy regeneration, so she can use her burst more often. You can get the diagram for this claymore by completing the Tartara Tales quests on Tatarasuna, and entering The Arsenal.

This artifact set is made for Anemo characters, with a two-piece set granting an Anemo damage bonus of 15%. Four pieces also increases Swirl damage by 60%, while decreasing enemies’ elemental resistance to the element infused in the Swirl by 40% for ten seconds.

This set really boosts the strength of Sayu’s Swirl reaction, and allows her to better support any character on her team, by decreasing enemy resistance to their particular element.

How to get Sayu in Genshin Impact

Sayu arrived in Genshin Impact as part of the Banner of Golden Flames on August 10. She’ll be featured alongside boosted rates for new five-star character, Yoimiya, but also Cryo archer Diona, and Pyro claymore-user Xinyan.

As Crystal Marrow is literally the bone marrow of the Tatarigami serpent you can find it attached to the giant snake skeleton scattered across Yashiori island. Whopperflower-series items are dropped by Whopperflowers of different world levels. They appear all over, but I find the best way to locate one is to go into the enemies section of my Adventurer’s Handbook and select navigate.

As mentioned, Whopperflower Nectar and its other types are dropped by Whopperflowers of different world levels. Teachings of Light are a reward from the Violet Court domain on Wednesdays, Saturdays, and Sundays.

The Gilded Scale is earned through the level 70+ Azhdaha boss challenge in the trounce domain, and Crowns of Insight come from seasonal events, and upgrading either the Frostbearing Tree of Dragonspine, or the Sacred Sakura of Inazuma.