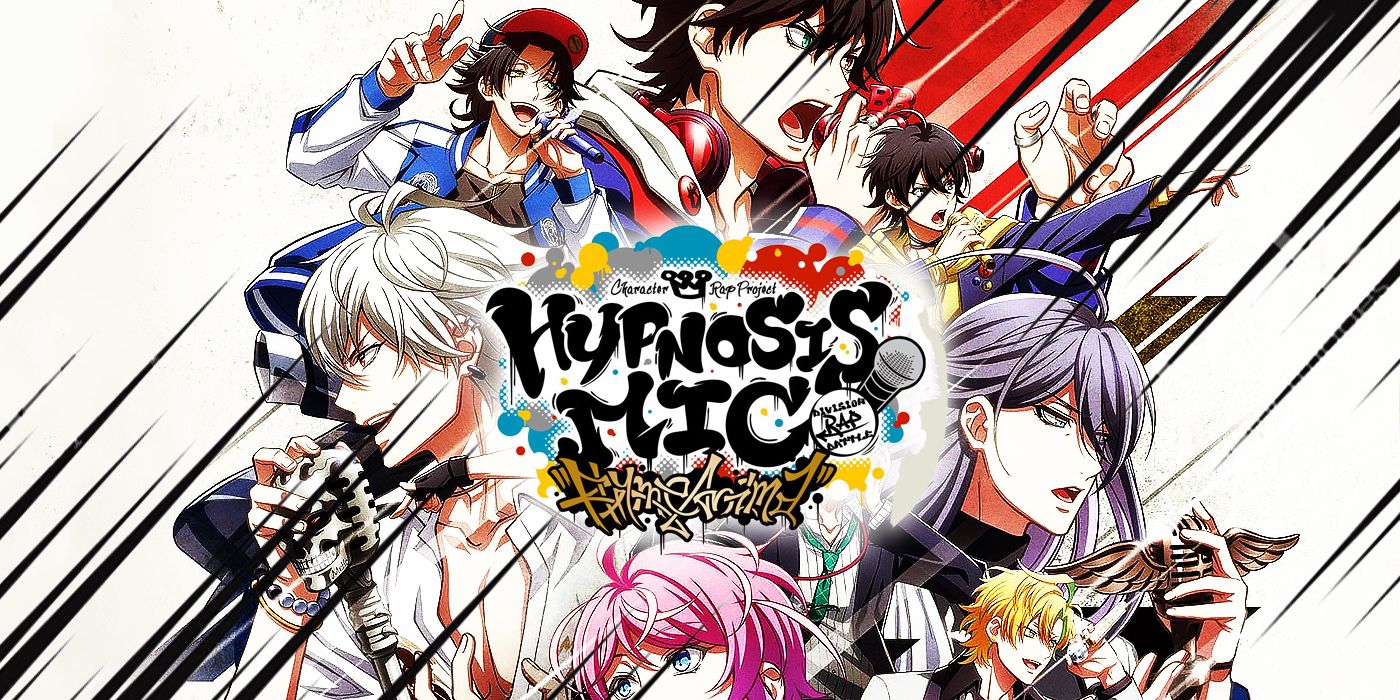 Hypnosis Mic: Division Rap Battle: Rhyme Anima is only a small portion of the grand project that is Hypnosis Mic: Division Rap Battle. A multimedia project that started in 2017, Hypnosis Mic uses music, manga, and stageplays to tell the story of a society where weapons are banned and have been replaced with hypnosis microphones, which can use words to simulate physical and mental attacks. In 2020, the project was given an anime adaptation that involved four of the six rap groups of the project: Buster Bros, Mad Trigger Crew, Fling Posse, and Matenro. The leaders of each of these groups used to make up a group called The Dirty Dawg, who held legendary status among the territory.

With rap battles being the main form of conflict resolution, the music of the series is obviously of huge importance. Hypnosis Mic: Division Rap Battle: Rhyme Anima put forth 16 pretty killer songs, but which ones are truly worthy of a rap battle win? Look no further; here’s a list of the top 7 songs of the anime series to get you bopping along with Hypnosis Mic!

Performed in order to take out a rival yakuza boss moving in on the Yokohama territory, “Red Zone (Don’t Test da Master)” is the first song we hear from Mad Trigger Crew. This Yokohama based group consists of yakuza member Samatoki Aohitsugi, corrupted cop Jyuto Iruma, and ex-Navy sergeant Rio Mason Busujima. The group is known for their cutthroat and dark lyrics and sound, as well as their central themes of justice and loyalty. This song is the perfect example of that with its hard and fast beat and intense lyrics. It is also a much better showcase of the flow and abilities of each member of the group than their other number in the anime, “Bayside-Suicide.” This song is a perfect fit on any workout playlist; it’s uptempo, badass, and sure to get your blood pumping.

Upbeat, youthful, and a bit rebellious, “Run This City” is the first number we see from Buster Bros, a group from Ikebukuro made up of Ichiro, Jiro, and Saburo Yamada. The three brothers use this song to diffuse a hostage situation at a local bank, and there honestly isn’t a better way that this crew could have been introduced. The song is full of all the youthful, boyish charm and attitude the group is known for and showcases their fun flow. It’s also far more memorable and fun than their other song, “3 Seconds Killer.” It’s another great addition to any workout playlist with its high energy, exciting beat!

The best of the three division rap battles in the anime, this song has it all. An excellent beat and variety of rap styles make this fun to listen to, even during Doppo’s awkward and stilted first verse. Plus, the showdown between Fling Posse and Matenro has a great dichotomy of ideals and genres. Fling Posse is all about fun-loving, uptempo pop sound and lyrics that pester the enemy while Matenro is mysterious, mixing multiple genres and lyrics centering around themes of protection and salvation. It’s the most dynamic of the division rap battles in the anime and it’s the one you’ll find gets stuck in your head most easily…not that you’ll mind it being there, of course.

The first of Matenro’s songs, performed in response to a stalker trying to frame Doppo for murder, is without a doubt one of the most enjoyable songs in the series. With a club style beat mixed with a hint of electronic flair and a flow that’s easy to nod along to, it’s a great example of the versatility of Matenro, comprised of doctor Jinguji Jakurai, host Hifumi Izanami, and salaryman Doppo Kannonzaka, as well as their Shinjuku home. However, an honorable mention here is their other number, “Fallin’.” While not as catchy or memorable as “Welcome U,” it plays into the more mysterious side of Matenro. However, “Welcome U” will easily find a home on any dance playlist with its interesting beat and energetic lyrics.

Performed by anime exclusive group Secret Aliens, which consists of street photographer Tom, web designer Iris, and assistant photographer Taromaru, “Love Dimension” is a bop, plain and simple. It has a great mix of pop and disco beats and a mingling of smooth singing and staccato rap that will make you want to get up and dance. It’s also a demonstration of how Hypnosis Mic likes to combine genres to create lots of unique and enjoyable sounds. “Love Dimension” is easily one of the catchiest songs from the anime, so don’t be surprised if it ends up on repeat after the first time you hear it.

“Shibuya Ghost Night” is the first song from Shibuya based crew Fling Posse, made up of fashion designer Ramuda Amemura, novelist Gentaro Yumeno, and gambler Dice Arisugawa. Performed in a live house that’s been nearly put out of business due to rumors of it being haunted, the song is meant to draw a crowd and bust the rumors. Its upbeat, bubblegum pop sound and playful lyrics are perfectly fit for the crew, who pride themselves on their fun, youthful, and flashy image. It’s another tune you can’t help but dance to or hum along with because of all the energy behind it.

As the anime’s ending song, “Kizuna” had a lot of pressure to be good, or at least good enough for people to not get tired of hearing it at the end of each episode. It succeeded, and as such is one of the best numbers of the series. The song consists of segments from each crew, which are each used as an ending for about three episodes, and a few moments where they all sing together. Upbeat, full of record scratches, and displaying the best transitions between groups out of the three mixtape styled songs in the anime series, it’s easy to listen to and gets you nodding along with it. It also has the most easily learned lyrics (at least in the chorus), so you’ll be singing along in no time!

How to Watch ‘Shang-Chi’: Is the New MCU Movie Streaming or in Theaters?

Premier Access questions? Looking for showtimes near you? We’ve got you covered.

Sebastian Stoddard is an Anime Features writer for Collider. He also writes video game reviews for Popzara, where he enjoys being able to try out tons of great (and not so great) titles. When he’s not writing (which isn’t often), he can be found playing D&D, reading and researching, making and taking quizzes online, and watching documentaries about whales and dolphins. He also may or may not be thirty tarantulas disguised as a human boy…but that’s classified information.