Thailand Women set to return to cricket with Africa tour 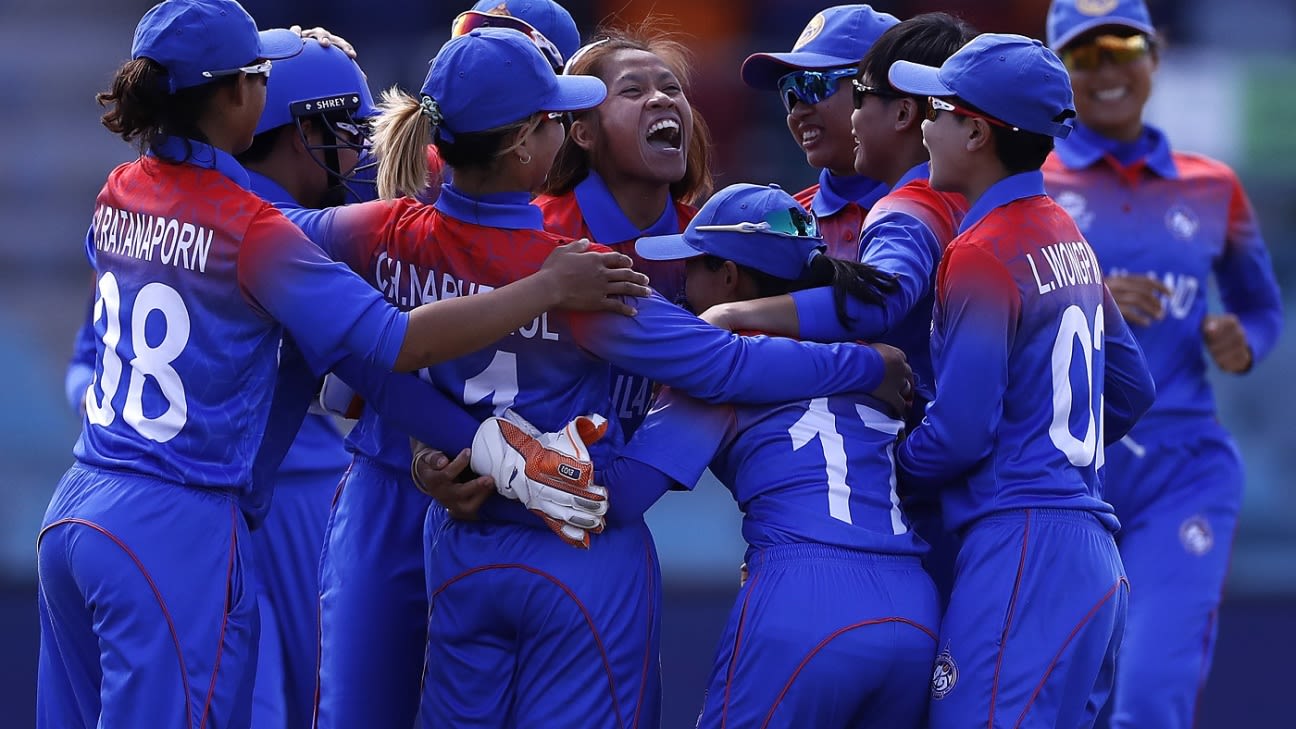 Playing for the first time since the pandemic, the side will look to tune up for the 50-over World Cup qualifiers this December

Thailand will get some much-needed match-time, ahead of the 50-overs World Cup qualifiers later in the year, when they tour Zimbabwe and South Africa for a spread of limited-overs games starting August 15.

Thailand will have a first-time captain in Naruemol Chaiwai. The top-order batter takes over from Sornnarin Tippoch, who led Thailand to their maiden T20 World Cup in Australia in February-March 2020. Thailand is one of only two teams from that competition that hasn’t had international games since the onset of the Covid-19 pandemic.
Nannapat Khoncharoenkrai, the wicketkeeper, will be Chaiwai’s deputy, replacing senior batter Nattaya Boochatham. As such, there are only two changes from the squad that featured in Australia 17 months ago: medium-pacer Aphisara Suwanchonrathi and offspinner Sunida Chaturongrattana replace wicketkeeper Suwanan Khiaoto and left-arm spinner Soraya Lateh.

“It’s going to be our first tour to Africa and also our first after the World Cup, so it’s going to be interesting to see how we fare in a new continent and adapt to foreign conditions,” said Shan Kader, Thailand’s cricket development manager. “Everyone in the squad is quite excited and looks really good in training so let’s see how it translates on this tour.”

The global qualifier will identify three teams that will join the top seven for next year’s 50-over World Cup in New Zealand. The qualifier was originally scheduled to be hosted by Sri Lanka in July 2020, but has now been pushed back to November-December 2021, with Zimbabwe, one of the participants, slated to host the event.