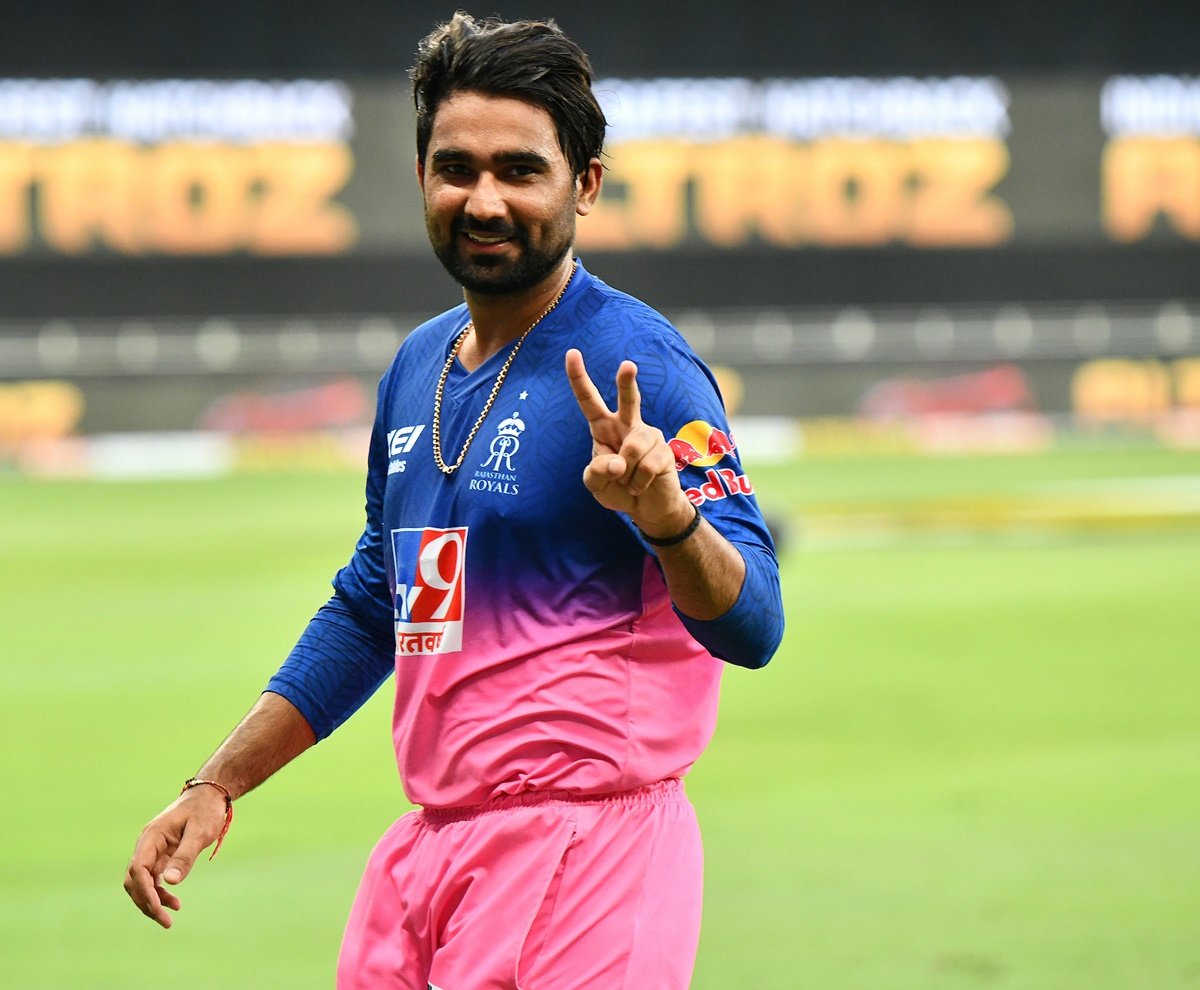 ‘I know my performances weren’t up to the mark with regards to the high expectations I keep of myself, both when it comes to batting and bowling.’

IMAGE: Rahul Tewatia scored just 86 runs and took two wickets in the seven matches he played for Rajasthan Royals before the IPL was suspended due to multiple COVID-19 cases inside the bubble earlier this year. Photograph: BCCI/IPL

Rajasthan Royals all-rounder Rahul Tewatia admits his performance hasn’t been up to the mark in the first leg of the IPL and promised a better show that could see his team make the play-offs when the T20 league resumes on September 19 in the UAE.

The 28-year-old could score only 86 runs and take two wickets in the seven matches he played for Rajasthan Royals before the IPL was suspended due to multiple COVID-19 cases inside the bubble earlier this year.

“I know my performances weren’t up to the mark with regards to the high expectations I keep of myself, both when it comes to batting and bowling,” he said.

“However, I will put in the effort to improve the output in the next seven matches that we’re scheduled to play in the UAE.”

Tewatia, who had smashed five sixes in an over against Punjab in the last edition, said the feat gave him the confidence of being capable of producing “extraordinary” performances.

“I am really looking forward to it; however, not just that match, but all the seven matches. I like to play all my matches with the same intensity and intent, but, of course, there are good memories facing Punjab Kings, so it feels special.

“It also gives me great belief and confidence that I can produce similar performances and do something extraordinary whatever the situation may be. My intent will always be to make the team win from anywhere.”

The talented all-rounder has 452 runs and 26 wickets to his kitty in 41 IPL matches.

“My aim is to contribute to the team’s performance and excel in the role of a lower-middle order batsman and a finisher when it comes to batting.

“When it comes to the team’s overall performance, we won three out of the seven matches, and there were a couple of matches which were really close, so I think all-in-all, we put in some great performances and there is lot more to come from the team in the UAE,” he said.

Tewatia, who has spent most part of the off-season at his home in Faridabad, said he’s managed to address some of his concern areas.

“Bowling-wise, there were a few areas we had identified during the season where I could improve.

“Sometimes you don’t realize it when you’re constantly playing, but things like your wrist position can become inexact. So I had the chance to really work on it and bowl with a set rhythm,” added the leg-spinner.

However, in terms of his batting, Tewatia said he wants to maintain his natural game.

“I want to maintain my process and keep doing the things which have produced results for me and just back my strengths.”

Tewatia said he and his teammates have maintained their fitness levels ahead of the IPL.

“I had the chance to train under the guidance of our strength and conditioning coach A T Rajamani Prabhu, and focused on my strength, speed and agility, which are crucial.

“I kept following the schedules at home as well, and I think if you see, the whole team has maintained fitness and I’m confident it’ll reflect on the field as well.”

Sharing his insights on the conditions in the UAE, Tewatia said: “I think the grounds in Abu Dhabi and Dubai are slightly bigger, so that works for the spinners. The wickets were playing well (last year), and when you have bigger grounds, as a bowler it gives you more confidence.

“However, Sharjah is obviously a smaller ground with a high-scoring wicket, so whoever scores more will have a better chance (laughs). The main thing really is to focus and execute your plans regardless of the size of the ground.”