Tesla should say something – TechCrunch 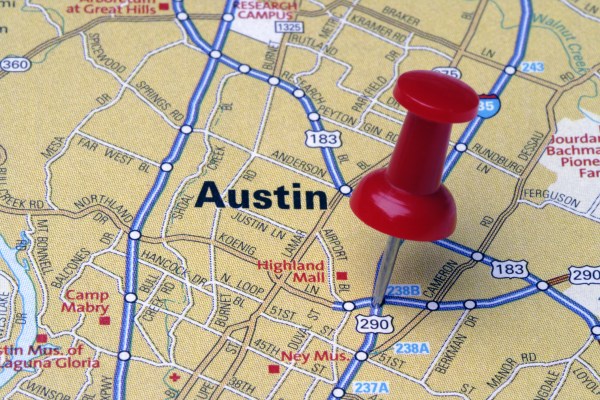 Last weekend, a reader wrote to this editor, politely asking why tech companies should speak up about the abortion law that Texas passed last week.

“What does American Airlines have to do with abortion?” said the reader, suggesting that companies can’t possibly cater to both pro-abortion and anti-abortion advocates and that asking them to take a stand on an issue unrelated to their business would only contribute to the politicization of America.

It’s a widely held point of view, and the decision yesterday by the U.S. Department of Justice to challenge the law, which U.S. Attorney General Merrick Garland has called “clearly unconstitutional,” may well reinforce it. After all, if anyone should be pushing back against what happened in the Lone Star State, it should be other legislators, not companies, right?

Still, there are more reasons than not for technology companies – and particularly Tesla – to step out of the shadows and bat down this law.

It’s a fact that abortion restrictions lead to higher healthcare costs for employers, but one consequence of the Texas law that could hit tech companies especially hard is its impact on hiring. According to a study by the social enterprise Rhia Ventures, 60% of women say they would be discouraged from taking a job in a state that has tried to restrict access to abortion, and the same is true for a slight majority of men, the study found.

Texas’s abortion law also creates an extra-judicial enforcement mechanism that should alarm tech companies. The new law allows private citizens to sue not just abortion providers but anyone who wittingly or unwittingly helps a woman obtain an abortion, whether they have a connection to the case or not. More, there are significant financial awards should a plaintiff win: each defendant is subject to paying $10,000, as well as subject to covering the costs and plaintiff’s attorney’s fees.

Just imagine if this precedent were applied to an issue that involves technology companies, such as consumer privacy. As Seth Chandler, a law professor at the University of Houston Law Center, observed to ABC this week. “[the] recipe that SB 8 has developed is not restricted to abortion. It can be used for any constitutional rights that people don’t like.”

Tech companies might very well say that taking asides on the Texas abortion debate would be the political equivalent of jumping on a live wire, and it’s easy to sympathize with this viewpoint. Even though Pew Research reports that about 6 in 10 Americans say abortion should be legal in all or most cases, passions are heated on both sides.

Still, corporations have safely stood up for their values on controversial issues before — and they’ve shown that corporate pressure works. In a 2016, a group of roughly 70 major corporations, including Apple, Cisco, and even, yes, American Airlines, joined a legal effort to block a North Carolina law that banned transgender people from using public bathrooms consistent with their gender identity. Their ‘friend of the court’ brief argued that the law condoned “invidious discrimination” and would damage their ability to recruit and retain a diverse workforce.

By 2017, having already experienced severe economic consequences a lot of these same companies stopped doing business with North Carolina, the ban was rescinded.

The handful of CEOs, including from Lyft, Uber, Yelp, and Bumble have already taken very public positions against the new Texas law.  A company like Tesla could have an even bigger impact on the state’s politics. Elon Musk’s move to Texas ignited a firestorm of interest in the Texas tech scene, and Texas Governor Greg Abbott was so cognizant of Musk’s influence that he said Musk supported his state’s “social policies” the day after the new law was passed.

Musk — whose many financial interests in Texas include plans to build a new city called Starbase and to become a local electricity provider — has so far refused to take a stand on the law. When asked about the issue, he responded, “In general, I believe government should rarely impose its will upon the people, and, when doing so, should aspire to maximize their cumulative happiness.”

He also added that he would “prefer to stay out of politics.”

That could prove a mistake as lawmakers and executives in at least seven states, including Florida and South Dakota, have said they’re closing reviewing Texas’s new law and considering similar statutes.

In May 2019, nearly 200 CEOs, including Twitter’s Jack Dorsey and Peter Grauer of Bloomberg a signed a full-page New York Times ad declaring that abortion bans are bad for business: “Restricting access to comprehensive reproductive care, including abortion,” the ad read, “threatens the health, independence and economic stability of our employees and customers.”

If Musk truly believes government should “rarely impose its will upon the people,” he should take a similar, public stand in Texas while the federal government fights what could be a protracted, uphill battle.

He has little to lose in doing so — and much to gain.