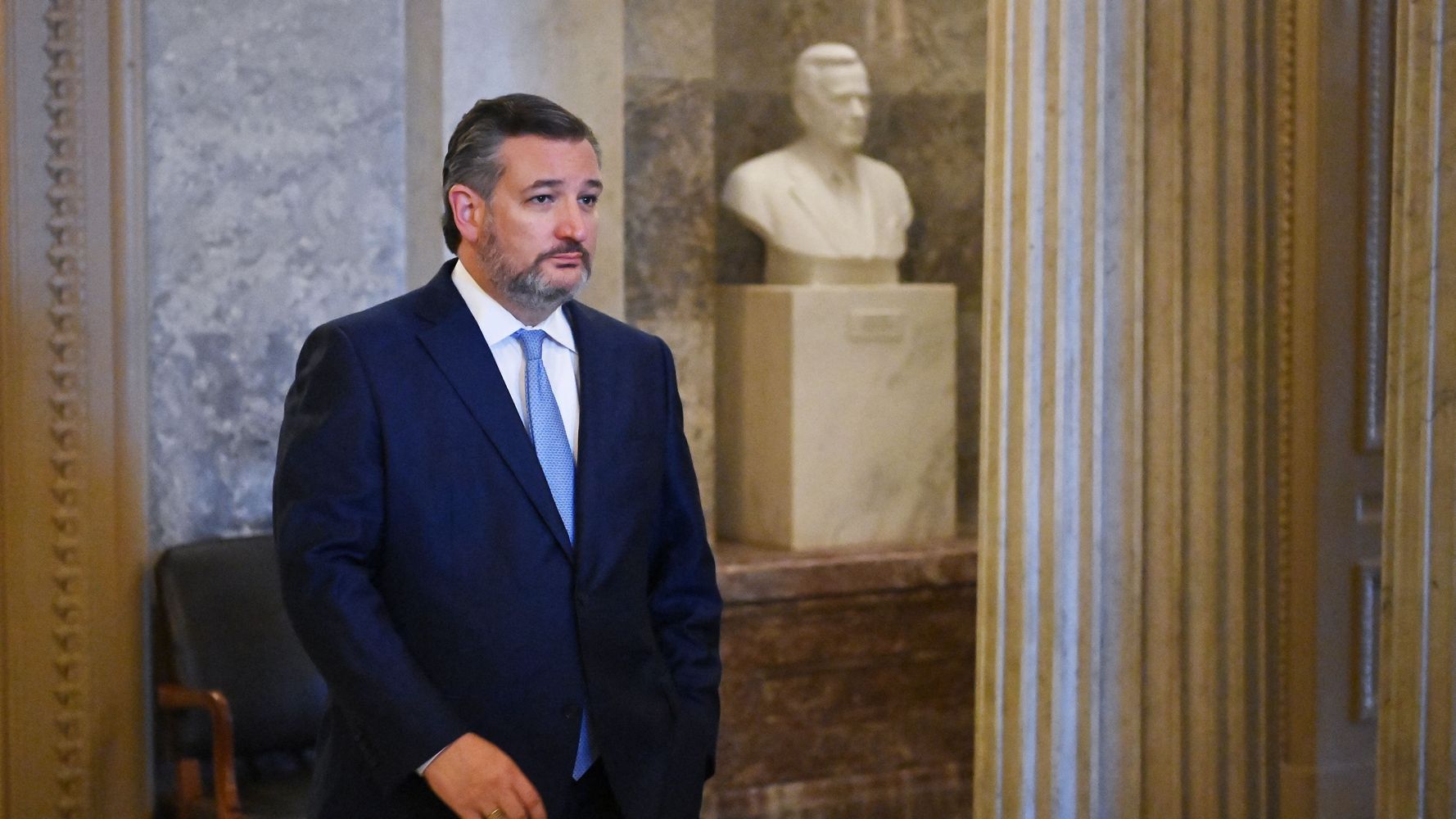 Not everybody who stormed the U.S. Capitol on Jan. 6 deserves criminal punishment, according to Sen. Ted Cruz (R-Texas).

“If an individual assaulted a police officer, they should spend a long, long time in jail,” Cruz told HuffPost.

“If, on the other hand, the Biden administration is targeting and persecuting people for exercising political speech that is nonviolent and simply expressing their peaceful support for a political party different from that in power, that is not the purpose of our criminal justice system,” he added.

The Justice Department has arrested more than 570 people in connection with the attack. Many of the defendants have been charged with low-level misdemeanors, like unlawful picketing.

But even if they didn’t punch a cop on Jan. 6, those who stormed the Capitol weren’t simply expressing their “peaceful support for a political party.” They believed lies about a stolen election and were convinced they had to “stop the steal” as heirs to the American Revolution.

Now some allies of former President Donald Trump are upset that protesters who didn’t assault police officers are being charged with misdemeanor offenses, the same type of charges they’d face had they been arrested at any protest inside the Capitol. Demonstrations are banned within the Capitol complex, and even an errant laugh during a congressional hearing can get you led out of the room in flex cuffs.

Republicans have downplayed the riot from the moment it happened: Before the broken glass had even been swept off the Capitol floor, 147 members of the House and Senate (including Cruz) voted against certifying the results of the 2020 presidential election — just like the rioters wanted.

But the party’s resistance to the insurrection’s political and legal consequences seems to be intensifying. GOP lawmakers stymied what would have been a typical bipartisan investigative commission, and they’ve pivoted to blaming House Speaker Nancy Pelosi (D-Calif.) for the Capitol’s vulnerability, as though she allowed Trump supporters to assault 140 police officers in order to make Trump look bad.

Some Republicans have been decrying the treatment of Jan. 6 defendants locked up at the D.C. Jail (which is certainly not a good facility). Far-right Reps. Matt Gaetz (Fla.), Marjorie Taylor-Greene (Ga.), Paul Gosar (Ariz.) and Louie Gohmert (Texas) staged a protest at the jail in July.

But they didn’t bother diving into the individual stories of the defendants jailed before trial. The majority were caught on video violently assaulting law enforcement officers. Those stories are not politically convenient: It’s more effective to make broad proclamations that Joe Biden’s administration is mistreating Trump supporters than to get into the messy details.

Earlier this week, Chief Judge Beryl Howell questioned why the government wasn’t taking a more aggressive posture in Jan. 6 cases. While accepting a misdemeanor plea this week from Glenn Wes Lee Croy, Howell got the defendant to admit that he went to the Capitol to stop the certification of the electoral college vote ― not just to demonstrate.

Such an admission would support a felony conviction for obstruction of an official proceeding, the felony charge that federal prosecutors have deployed against some Capitol defendants. The federal prosecutor admitted it was “apparent” what purpose Croy had in demonstrating inside the Capitol, but said an obstruction charge was not part of the plea agreement.

Trump’s role in the attack earned him a historic second impeachment. But the former president is only getting bolder in his defense of the rioters, saying this week that the police “murdered” a supporter who was trying to break into a room next to the House floor.

And now a former Trump campaign official is trying to organize a “#JusticeforJ6” protest outside the U.S. Capitol next month. Former Trump White House strategist Steve Bannon promoted the event as an effort to raise awareness about the Biden administration’s “political prisoners.”

Cruz and Sen. Josh Hawley (R-Mo.), two lawmakers who led the GOP’s attempt to undo the 2020 election through legislative fiat, both said they didn’t know about the rally.

Hawley said on the day of the riot — after he gave his infamous salute to the rioters — that “those who attacked police and broke the law must be prosecuted.” He used the word “mob” mainly for people who criticized him for helping Trump incite the riot. He declined to share any new thoughts about the criminal proceedings this week.