Steve Martin, Selena Gomez & Martin Short on ‘Only Murders in the Building’ and Balancing the Comedy With the Mystery 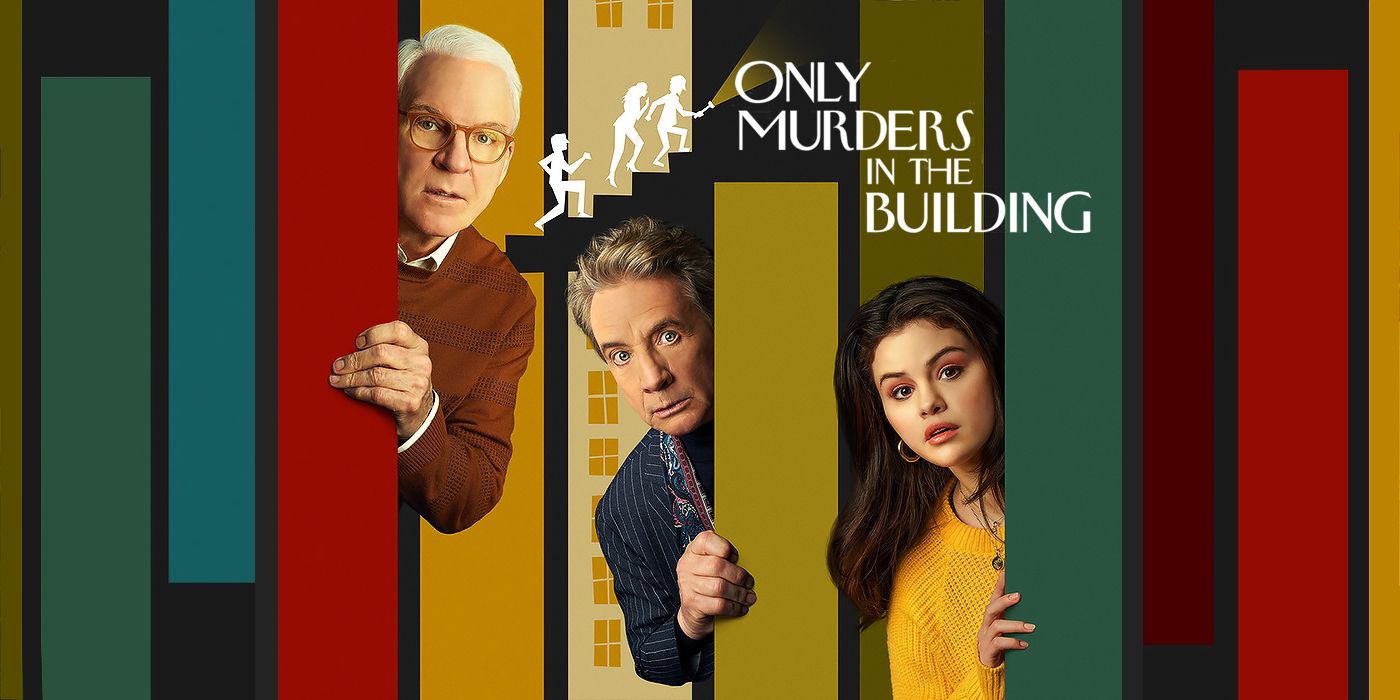 From co-creators Steve Martin and John Hoffman and executive producer Dan Fogelman (This is Us), the Hulu original comedic murder mystery series Only Murders in the Building follows Charles (Martin), Oliver (Martin Short) and Mabel (Selena Gomez), strangers whose obsession with true crime finds them trying to solve a grisly one that occurs right inside their apartment building. While they investigate to find the truth, they also record a podcast to document the case, all in the hopes that they’ll uncover enough secrets to learn exactly what happened.

During this interview with Collider, which you can both watch and read, co-stars Martin, Short and Gomez talked about balancing the comedy with the mystery and the melancholy, keeping the atmosphere on set “seductively positive,” the music they listened to on set, working with guest star Sting, and being surprised at how things turned out.

Collider: I tremendously enjoyed this show, so much. There’s a real melancholy undercurrent in the show. How did you guys balance the comedy, the mystery and the sadness that hangs over it all? Was that something you ever had conversations about, or did that just develop naturally?

STEVE MARTIN: Well, we did have conversations. First of all, this blend comes from many sources, starting with the writers’ room and the development of the characters, and then time shooting. But a lot of the episodes, which are more sober experiences, are really from the writing.

The whole murder mystery of it all is so interesting and I absolutely love the dynamic that develops between this trio. What did you guys most enjoy about your own little trio, as actors? By the time you got to the end of making this, what did you most enjoy about working with and spending time with each other?

MARTIN: Also, there’s a saying in weightlifting called, “No pain, no gain,” but it’s the opposite in movies, of pain, no gain. We made it a point to get together and get along, and get the job done and have fun while we’re doing it.

SHORT: But when you talk about lifting weights and you’re in your gym, what are you doing?

Selena, what was this like for you? Did you ever not go home with your face sore from smiling because you were having so much fun with these guys?

GOMEZ: Yes, to be honest, it was very fun. I was constantly laughing. Even in the silent moments, it was just comforting to be with these two. I was in quarantine, so they were the only friends I had during that time.

SHORT: You were stuck.

After everything that these characters go through, how did you feel when you found out where it would all end up? Are you rooting for someone else in this building to be murdered so that you can all do another season?

MARTIN: I think there’s a line in the show where we say, “Maybe we’ll get lucky and somebody else will be murdered.”

It seems like such a terrible thing to wish for, but at the same time, it would give you another season to hang out together.

MARTIN: And also, there are actors that are murdered.

What was your reaction to learning how it would all turn out? Were you guys surprised with the outcome? Did you have a sense of where it was going?

GOMEZ: I was surprised.

MARTIN: I was surprised, and when I finally found out, I was like, “Oh, that’s good. Yeah.”

SHORT: We didn’t really know until about the seventh [episode] who did it.

The three of you are also listed as EPs on this. Selena, particularly for you, what did you want to bring to the table, creatively, when it came to your role? Was there anything specific you wanted to have a voice in, when it came to her?

GOMEZ: What was really wonderful is being able to create Mabel, as the show went on. I think that was what was really special. Now, I feel more like Mabel than I had the first episode. When it came to her wardrobe and when it came to certain things that I didn’t think were cool, or somebody my age wouldn’t say, I was very comfortable in going to talk to the writers or John Hoffman. I just wanted it to be great. Hopefully, if it continues, being able to be involved in who she is, is really fun for me.

Steve, I love that we get to keep seeing and hearing bits about the show that your character used to be on, and it seems that there are also many reboots happening of your old movies. Is there one of your movies that you wish you could revisit, on your own terms?

MARTIN: Unfortunately, I always had a say. With movies, you can’t just say, “Okay, we’ll change it and make it better.” It doesn’t mean it’s gonnna be better. A movie like Dirty Rotten Scoundrels, it’s the fun of making it and the way it turned out, I wouldn’t change that. Why would I go back and struggle with another movie, trying to make it work or not work? I’m sorry I don’t have a good answer for you, but I just don’t go back. That’s the thing. That’s my answer. I don’t go back.

That’s a good answer. Martin, what did you enjoy about working with Nathan Lane and adding that crazy relationship to the mix?

SHORT: Nathan is an old friend of mine, but we had never worked together. That was really, really tremendous satisfaction, to have such a history with someone, but now create something new that you’ve never experienced before.

Did you guys have music to listen to on set? Did anybody come up with a playlist that you listened to?

SHORT: Selena is the queen of playlists.

GOMEZ: I will say I had great moments where I was singing some Billie Holiday, some Linda Rondstadt. I had my days. But every now and then, I would spice things up and I would play some rap songs that weren’t necessarily appropriate, but the reaction was golden. I did teach them a few rap songs, one by Cardi B.

MARTIN: Oh, you’re going to hear about it. When this is all over, there will be a lot of complaints.

I love everything about Sting playing himself in this, including the fact that he’s a bit unlikeable in it. How did he get involved? Did it just feel like he was game for all of this?

SHORT: He was completely game for all of it. He came to the set, knowing every line of long speeches. He was enthusiastic, focused, and endlessly being funny and charming.

MARTIN: Yeah, he was a lot of fun. He had a great sense of humor about it. And he was fun to be with, off the set and off screen when we were not shooting. I’ve known him, off and on, for many, many years, and always found him charming. He and his wife, Trudie Styler.

Selena, after conquering the worlds of acting and singing, or at least doing pretty great at both of those things, are you surprised to add hit cooking show to your resume now?

GOMEZ: I have to be honest, I thought I was gonna do one season of that and that it was just gonna happen. But I had so much fun doing it that I wanted to keep going. So, I am a little surprised because I’m not the greatest chef in the world, but I suppose that’s what makes the show good. I have a blast doing it. Never would I have thought that it would do as well as it did. It’s a lovely surprise.

It’s surprisingly delightful. There are so many cooking shows, but I have a lot of fun watching it.

This is a very understated character for you. She’s holding back a lot about her motives. How did you gauge that, as far as not wanting to make her seem uncaring or suspicious, while she’s hiding things? How did you figure out that balance?

GOMEZ: Well, I definitely didn’t want Mabel to be unlikeable. So, when the lines were a little dry and sarcastic, I tried my hardest to make it endearing, if that makes sense. I find that the moments that were real were genuine because I would have these moments that were so genuine, with Steve and Marty and my character feeling comfortable with them and telling them about her life and stuff.

MARTIN: There’s a perfect example of that, where I say to Selena’s character, “I want you to be less mean,” and her response is, “I know you do.”

I appreciate you guys talking to me. I loved this show. If there isn’t another season, you have to get back together and do something together again because you’re just delightful.

GOMEZ: Thank you so much.

MARTIN: You mean another season on earth?

Another season of the show.

MARTIN: Oh, okay, of the show.

Only Murders in the Building is available to stream at Hulu, starting on August 31st.

‘Only Murders in the Building’ Review: Sharp, Scary, Surprisingly Sad

Two Martins and a Selena walk into a crime scene…