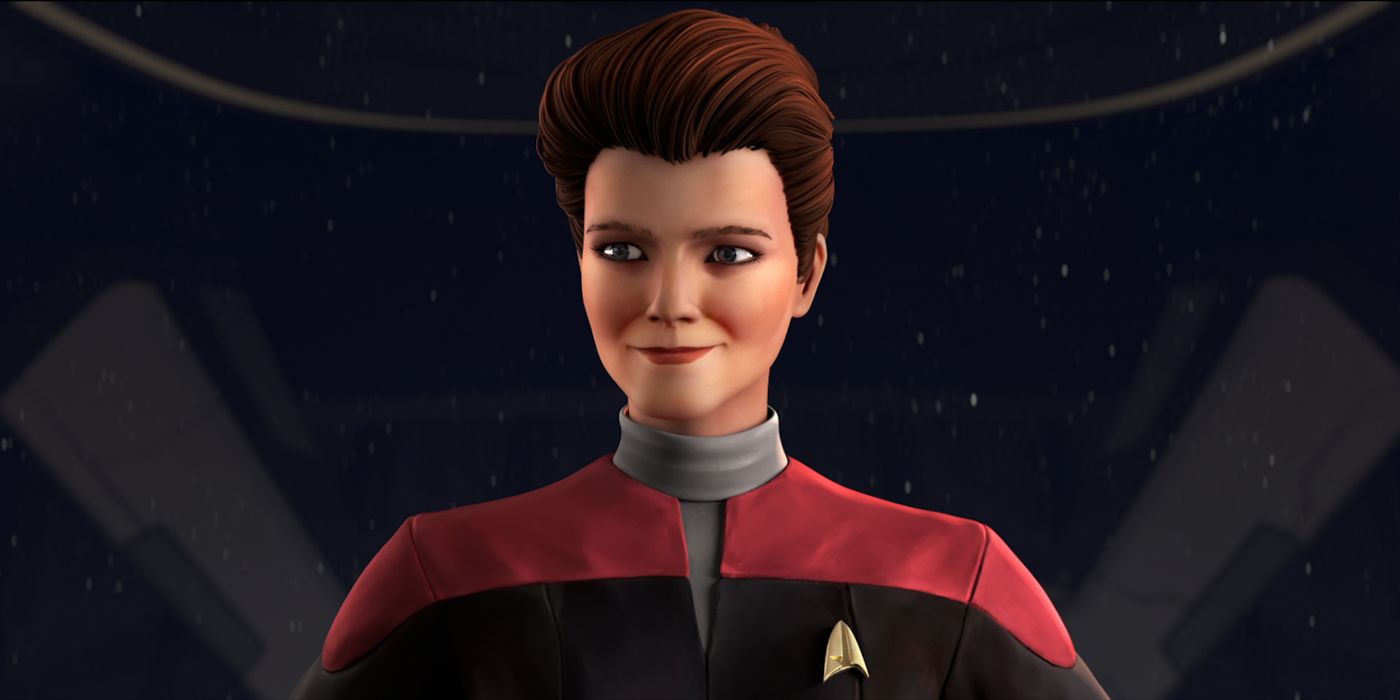 The clip introduces us to the hologram version of Captain Janeway created to take control of the lower function of a Starfleet ship and guide young crews while they journey through space. The new clip also shows the new crew first contact with the hologram, giving us a better look at indestructible blob Murf (voiced by Dee Bradley Baker), bright eight-year-old Brikar Rok-Tahk (voiced by Rylee Alazraqui), sixteen-year-old Tellarite Jankom Pog (voiced by Jason Mantazoukas), a noncorporeal and genderless Medusan named Zero (voiced by Angus Imrie), the unlikely leader of the lawless teens’ Dal (voiced by Brett Gray), and Gwyn (voiced by Ella Purnell), a teenage Vau N’Akart who appears to be tied down to a chair by Murf. John Noble and Jimmi Simpson were recently cast as the main villains: the Diviner and Drednok. As for the new cast members, Diggs will voice Commander Tysess, Jamil will voice Ensign Asencia, Alexander will voice Doctor Noum, and Beltran will reprise his Star Trek: Voyager role as Captain Chakotay.

Explicitly aimed at kids, Star Trek: Prodigy will follow a group of children and teenagers who try to escape the hard life of a mining colony after discovering the U.S.S Protostar. The Federation ship might be their ticket to a better life, but the ragtag team will first have to learn to act as a real crew.

Besides holding the complete library of Star Trek series and films, Paramount+ is also the exclusive home of future seasons of the popular show Star Trek: Discovery. The new generation of Star Trek productions also counts with Star Trek: Picard and Star Trek: Lower Decks. Next year, we’ll get the premiere of Star Trek: Strange New Worlds. There’s also a Starfleet Academy and a Section 31 series in production. Both Discovery and Picard are among the most-watched original series on Paramount+.

Star Trek: Prodigy premieres on October 28 with a one-hour episode exclusively on Paramount+. Check out the new clip below:

The film premiered at the 2021 Dallas International Film Festival.