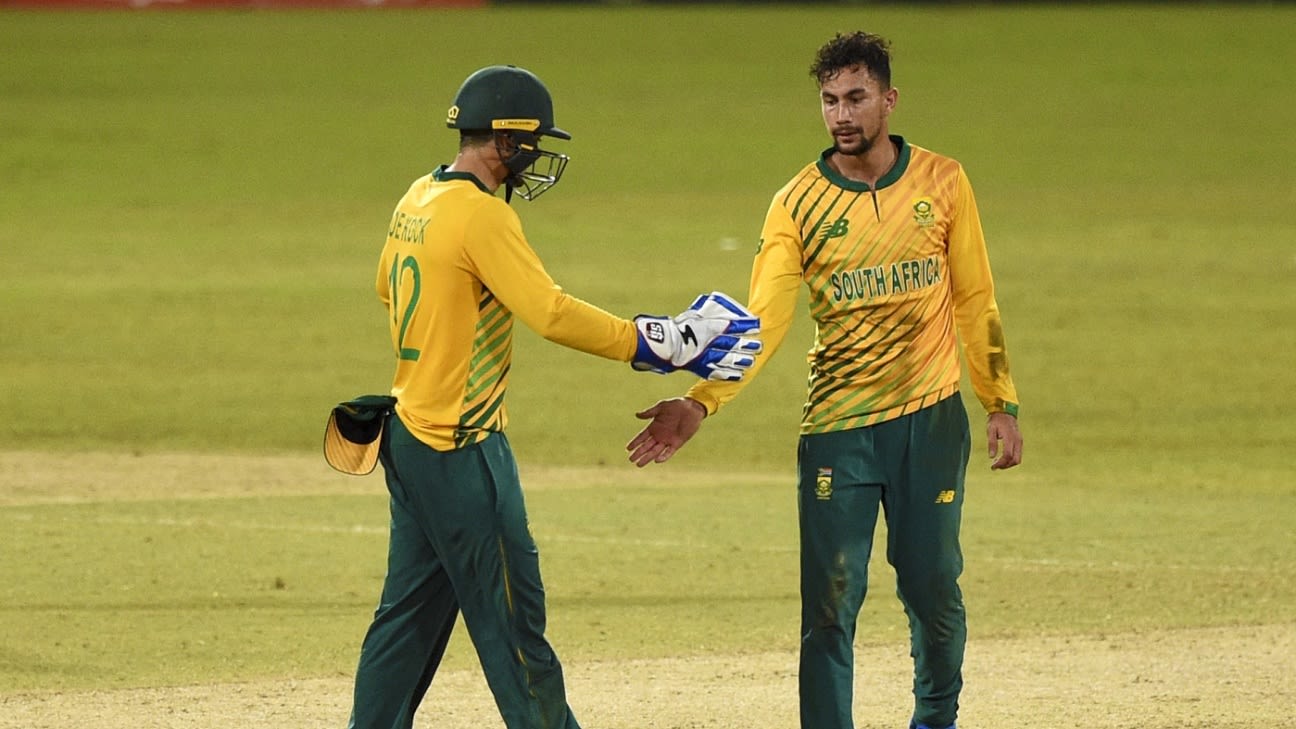 South Africa will fancy themselves a sixth straight win in T20Is

If you have followed Sri Lanka’s T20 cricket over the past two years, Friday’s turn of events may have seemed familiar. Faced with a challenging target, Sri Lanka’s batters failed to ever get themselves in a good position, struggling to find boundaries while the powerplay was in operation, then later, failing to pierce gaps, or even rotate the strike, as the required rate rose sharply. The one batter who did succeed did so too slowly to really give the team a chance, and the batters around him, who in a more functional side would have played more explosive innings around him, barely got themselves to double figures.

South Africa, bolstered by the return of Quinton de Kock and David Miller, racked up their fifth T20I victory in succession, and against a batting order that is struggling for firepower, will fancy themselves a sixth straight win. With Aiden Markram, Heinrich Klaasen, and now de Kock and Reeza Hendricks all having produced good innings on this Sri Lanka trip, their top five is in excellent shape. Their bowling was so effective, they only needed two overs from Tabraiz Shamsi – the top-ranked T20I bowler on the planet.

Sri Lanka, as ever, need a batting revival to turn the series around. Although several of their bowlers were expensive on Friday, that has recently been their strongest suit, Wanindu Hasaranga leading the way. Big shots, sustained aggression, explosive finishes – this is what they have lacked most.

Dasun Shanaka has reaped praise for his captaincy over the past two weeks, but his batting has been modest since taking the reins. In T20Is, he has scores of 16, 3 and 16 in this stint as leader. His ODI returns have not been much better. This is strange, because in the domestic T20 tournament immediately prior to this tour, he was borderline unstoppable with the bat, clobbering 258 runs at a strike rate of 184 across six innings. Of all Sri Lanka’s batters, they need him near his best the most.
Before this series, Keshav Maharaj had not played a single T20 international. On Friday, having been named captain of the side (he had led them well in the ODIs also), he picked up a wicket with his first delivery, made excellent DRS calls, and was tenacious with the ball, conceding only 19 from his four overs. He has made it into South Africa’s World Cup squad, and although history suggests he only got into the XI on Friday because of his leadership, another good bowling performance or two could convince the selectors he deserves to be in the XI even when Temba Bavuma comes back and takes the reins.

Expect a spinning pitch as usual. With showers frequently rolling through Colombo in September, rain interruptions are always a possibility.

Sri Lanka have not confirmed whether Kusal Perera is quite ready to join the XI (he has just recovered from Covid), though he has been training with the team for the better part of a week. If he does get into the XI, he will likely replace the misfiring Bhanuka Rajapaksa, but may open the batting, with Chandimal moving down to No. 3. Sri Lanka will probably want another look at Maheesh Theekshana too, now that he seems likely to be part of their World Cup squad. It’s possible they will bring in the left-arm spin of Praveen Jayawickrama for Akila Dananjaya, too.

South Africa may want another look at Klaasen, so they may keep him in ahead of Rassie van der Dussen. Bjorn Fortuin may get another game to show what he has got as well, even if that leaves South Africa a little short of batting.