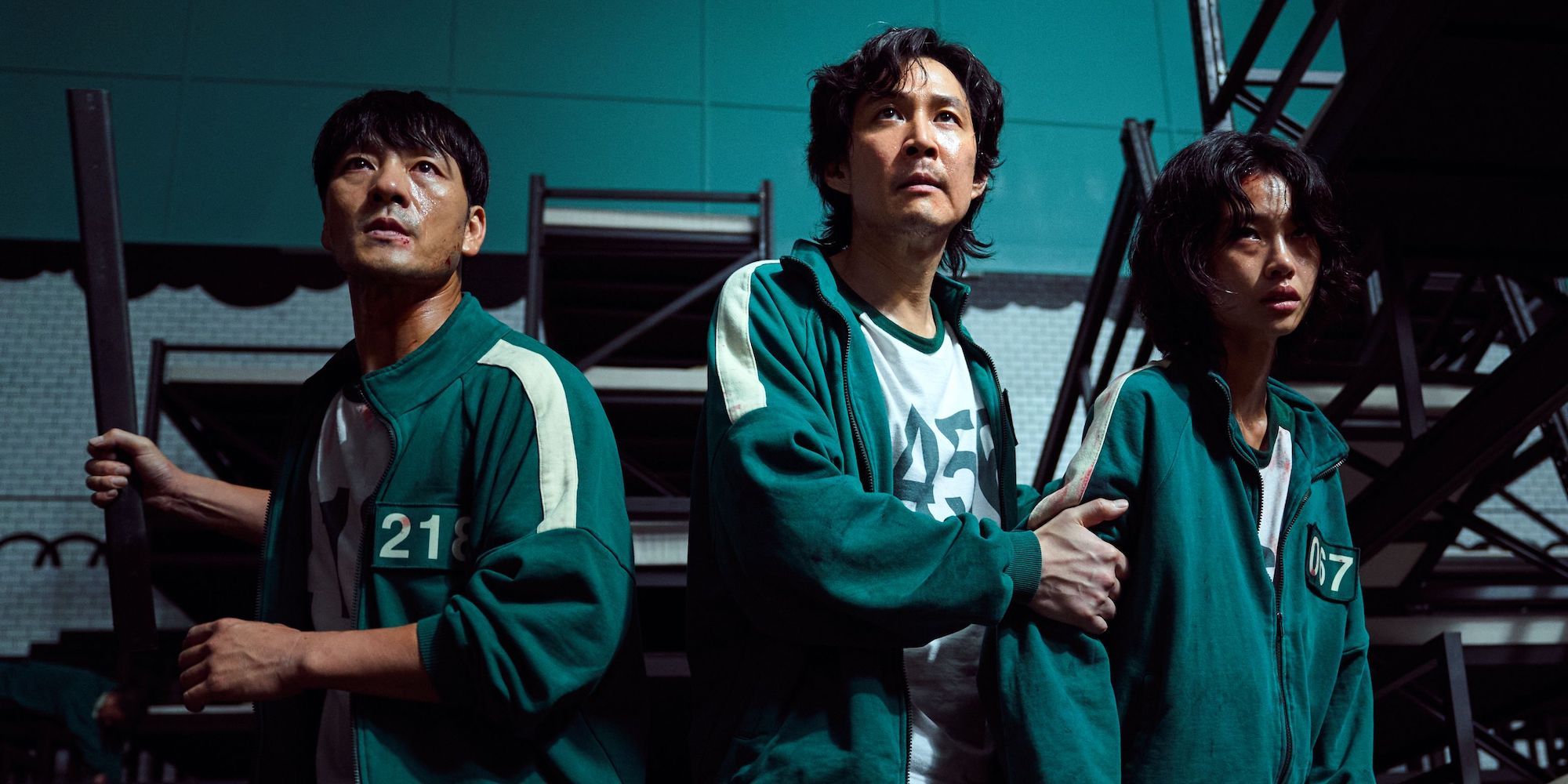 Squid Game director, Hwang Dong-hyuk, reveals it took him over a decade to pitch the series, due to waiting for society to welcome violent stories.

Squid Game director, Hwang Dong-hyuk, says the series was in development for over a decade before it was pitched and created due to its unique premise. Squid Game premiered worldwide on Netflix on September 17th and has become wildly successful. The South Korean survival series follows 456 heavily in-debt individuals as they compete in a series of deadly children’s games in hopes of winning a massive cash prize. The show quickly became the most-watched series on Netflix in multiple countries and received overwhelmingly positive reception.

Squid Game’s popularity on Netflix continues to intrigue viewers who are curious about the show’s success. The series is quite a violent and brutal survival thriller, making its success a little perplexing to some. However, the underlying themes of the show speak loudly of capitalist exploitation and the lengths that individuals will go to pay off debts and to achieve financial stability. The show is essentially a parable about the extreme competition that is fostered in a capitalistic environment. Meanwhile, in addition to being relevant to today’s society, the show’s expert use of psychological horror and relatable characters also makes the show difficult to look away from. However, the series may not have been as popular if released in a different time period.

Related: Who Plays The Front Man? Why Squid Game Hides Its Biggest Star

Director Dong-hyuk revealed in an interview with The Korean Times that the series took over a decade to pitch due to its premise. Dong-hyuk first came up with the concept in 2008 and wrote the script the next year. Despite having the script and concept ready, he was hesitant to pitch the series since it was very experimental in nature. The show had the potential to be a hit or a flop, and Dong-hyuk had to wait for a time in society when violent stories were more welcome. Check out his statement below:

Making the story into the series was still an adventure, just as it was about a decade ago. I knew that it would be all or nothing; either a masterpiece or a quirky flop. The idea behind this work was very experimental. So I would keep on asking myself if audiences will find it convincing that the characters are risking their lives to play children’s games. After about 12 years, the world has changed into a place where such peculiar, violent survival stories are actually welcomed. The series’ games that participants go crazy over align with people’s desires to hit the jackpot with things like cryptocurrency, real estate and stocks. So many people have been able to empathize with the story.

Dong-hyuk explained that the concept of competing in deadly children’s games actually isn’t so peculiar now in a society where individuals are obsessed with hitting the jackpot in some form. Meanwhile, he hits the nail on the head that violent stories are actually becoming quite acceptable in society. From Squid Game to The Hunger Games to Divergent, society is showing a clear affinity for stories that are dystopian in nature and center on violence and survival. Dong-hyuk didn’t offer any immediate explanation for society’s shift in their welcoming of violence, but his discussion of viewers empathizing with the characters suggests that current events and situations may be influencing society’s tastes.

Overall, waiting for the right period to pitch Squid Game was brilliant on Dong-hyuk’s part. Not only did Dong-hyuk wait until society began showing an affinity for violent stories, but also until Netflix was an established and large streaming service capable of spreading the show worldwide. Meanwhile, the idea that society sometimes isn’t ready for a particular concept is especially helpful for writers and creators who wish to experiment with a new concept. Squid Game is quite a bizarre concept, but it was produced in the midst of even stranger times to individuals who resonate with the desperation, and even the despair, central to the show. Squid Game was an experimental show that was carefully executed at the right time, paving the way for other experimental concepts to be brought forth based on society’s shifting attitudes and tastes.

Vikings: How Every Main Character’s Death Compares To Real Life

Rachel Ulatowski is a Freelance Movie/TV News Writer for Screen Rant. She works to bring readers the latest news on the shows and movies that are important to them. She is an aspiring writer and self-starter, with a pending historical publication and experience working for a mass media company. In her free time, she enjoys watching Marvel, DC, Star Wars, and Doctor Who, writing, reading, and spending time with her Yorkie, Jobi.