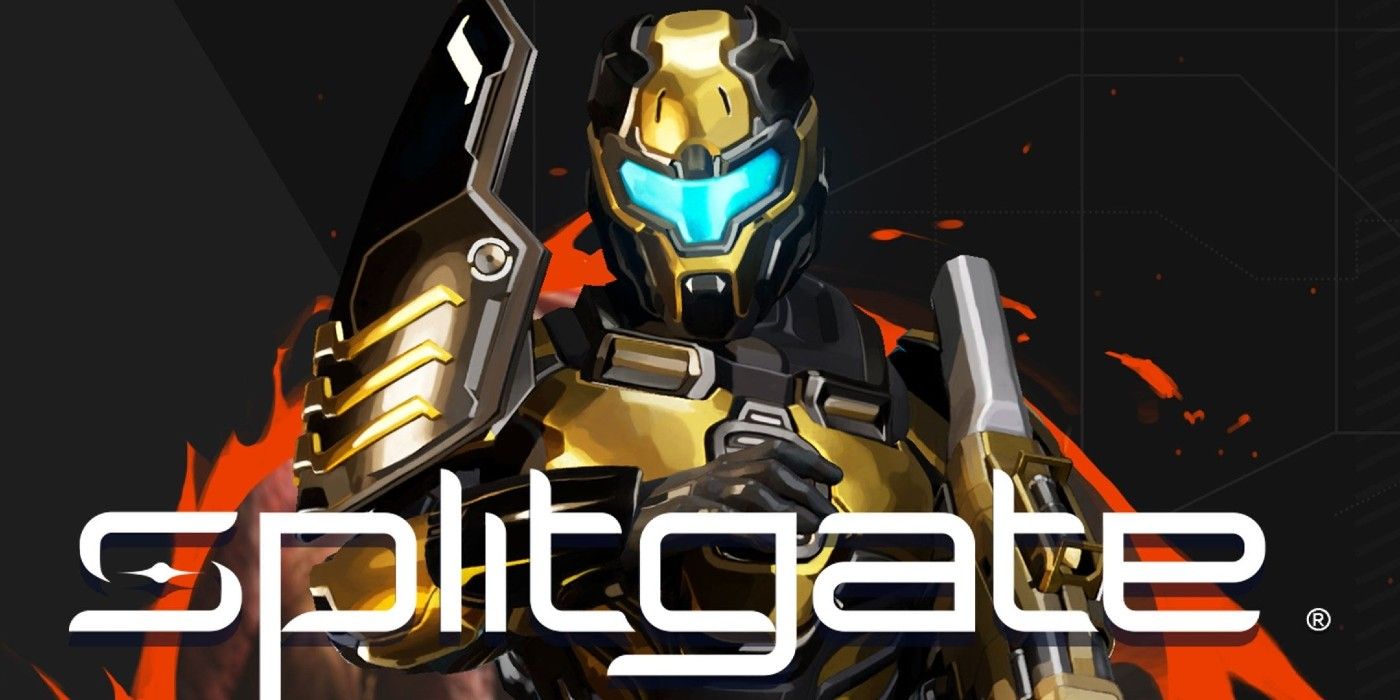 Splitgate is a first-person competitive shooter that draws heavily from the past while innovating at the same time, merging Halo-style maps and gunplay with the namesake of Valve’s Portal franchise. Developer 1047 Games uses these elements to create a worthwhile multiplayer experience that stands out in a crowded FPS genre by focusing on unique movement mechanics and skill-based firefights.

Splitgate has all of the ingredients of a typical arena shooter, with players spawning into a match with the same loadout as their opponents. The only access to different weaponry comes from randomly placed firepower across the map that players have to pick up. There are no Apex Legends abilities or Call of Duty Perks to give anyone a leg-up in battle, which works towards leveling the playing field to create a competition largely based on skill. What makes Splitgate stand out from prior arena shooters is the introduction of portals that bring some unexpected anarchy to the formula – and strategy, once combatants have the hang of it.

Related: No More Heroes 3 Review: A Quality Blend Of Extremes

Portals in Splitgate are highly reminiscent of the Portal games, allowing players to harness two inter-spatial portals to maneuver around the map quickly. The Portal Launcher can only fire these warp gates at specific surfaces, which are designated as blue panels embedded into the walls, floors and ceilings of each map’s architecture. Combatants can travel and shoot through portals set by their teammates or the opposition, but these gates have an opaque appearance that creates a level of uncertainty about what threats lurk on the other side.

The portal mechanics in Splitgate allow for a high level of mobility and combat flexibility in matches absent from high-profile games like Call of Duty. Players can set portals to traverse large sections of a match quickly, as well as creating new sightlines to get the drop on unsuspecting enemies. Portals can also be used in a more defensive manner, allowing for quick escapes from hectic combat situations. Getting the hang of portal movement and fighting allows for the expression of high levels of skill in ways that are thrilling to behold and even cooler to execute.

All of the portal plays wouldn’t amount to anything if the gunplay in Splitgate wasn’t good, but thankfully it’s as crisp as its more flashy mechanics. Each gun in the game feels good to handle, creating an arsenal of weapons that can be used effectively after learning their individual quirks. The time-to-kill on enemies leans towards the longer side, giving a chance to outplay somebody who fires first. Being able to strafe and shoot accurately helps in Splitgate’s long-distance fights, while close-range endeavors require quicker reactions and occasional melee destruction. This creates a mixture of varying combat situations that remain fun and engaging throughout every Splitgate play session.

Splitgate comes with a number of familiar multiplayer modes to compete in, from kill-based modes like Team Swat (which is pulled directly from Halo) to more objective-based modes like King of the Hill and Domination. While these modes don’t bring anything new to the table in terms of content, the addition of portals breathe new life into them by changing the approaches to their respective objectives. Matches only last between six-to-eight minutes as well, which means it’s easy to move on from games that don’t play out well much faster to curb any frustration.

Each of the 10 Arenas in Splitgate have been designed with this fast-paced gameplay in mind, while also allowing for a variety of engagements to occur. Every map has a combination of tight corridors for close-quarter fights and architecture suited for long-range encounters that have been expertly implemented to create a near-constant wave of engaging firefights. A small complaint can be made that some of the larger maps in the game slow down objective-based modes with a single target to chase, but it’s nothing overtly frustrating and allows players to adjust their use of portals to accommodate for the larger terrain.

The only other place that Splitgate falters is in the cosmetic items available for weapons and the player avatar, as they feel a bit bland in comparison to other titles on the market. The good news is that 1047 Games just released a batch of interesting skins in the Season 0 update. This shows promise for future cosmetic additions to the game, making this a gripe one that can easily be amended as more people pick up the game and its life cycle continues.

Outside of these small grievances, Splitgate is a masterclass in how to evoke new thrills from the arena shooter genre. Making portals a key component of gameplay evolves the way multiplayer shooters typically play out, and the classic gunplay and expertly crafted maps add together to create an incredible experience. Splitgate is a winner for 1047 Games, and should be at the top of the must-play list for FPS fans who’ve yet to try it out.

Mason is a freelance Game Features Writer for Screen Rant with a Bachelor’s Degree in Journalism and Mass Media from Wingate University. Being involved in video game journalism has always been a goal of Mason’s, and being able to contribute his gaming knowledge to Screen Rant is a dream come true. Working out of North Carolina, Mason spends his free time trying to catch up on his backlog of games or finishing one of the 10 TV shows he’s currently watching.