SJN hearings: ‘I have never wanted KG dropped from any team at any time,’ says AB de Villiers 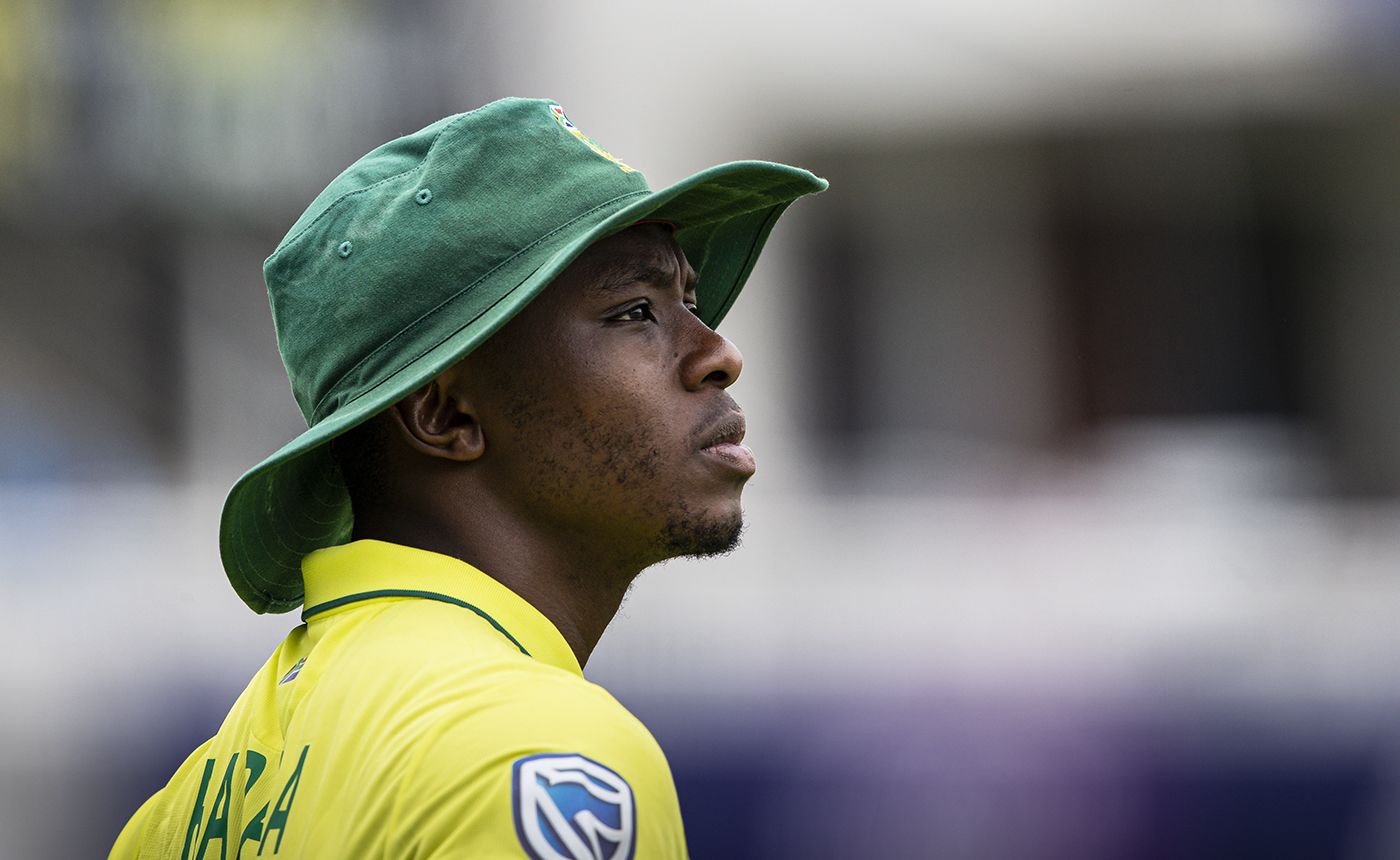 AB de Villiers has denied asking for Kagiso Rabada to be dropped from the Test team at the start of Rabada’s career and said he only made inputs into selection in “the best interests of the team”. Responding to testimony given by former national selector Hussein Manack at Cricket South Africa’s (CSA) Social Justice and Nation-Building (SJN) hearings, de Villiers distanced himself from decisions that Manack alleged were made along racial lines.
Manack spent the bulk of his testimony discussing the well-known case of Khaya Zondo on the 2015 tour of India, where Zondo didn’t play a single game, and the role de Villiers’ played in that episode. But the Rabada case, centred around the Wanderers Test against England in 2015-16, has not been publicly aired before.
“I had been to the practice the day before and a decision had to be made between playing Kyle Abbott and Hardus Viljoen,” said Manack, who was selector then. “A discussion at practice took place and they [the team management] said we must drop KG [Rabada].

“I asked on what basis. Rabada was 20 years old and he hadn’t established himself as a great player but having seen him at the Lions, where he was coming through, I had seen a lot of him. He had a good enough reputation. There was a cricketing explanation that maybe the ball wasn’t coming out of his hand right. I took it back to [bowling coach] Charl Langeveldt and … Charl’s view was that he was comfortable and everybody on the selection panel was unanimous that Rabada had to play. I said our decision is that Rabada has to play. There was one more spot that had to be filled. We said between Abbott and Viljoen, you decide who you want. We don’t have a strong view either way. In the end, they went for Viljoen and they weren’t happy with the fact that we had stood our ground.”

Rabada claimed his first five-for in that match, and a career-best 13 for 144 in the next Test. Viljoen did not play for South Africa again.

de Villiers told ESPNcricinfo that he had not wanted Rabada dropped. “I have never wanted KG dropped from any team at any time,” he said. “The idea is ridiculous. He is one of the finest bowlers in world cricket.”

Manack spoke at length about the Zondo story, which led to black players raising selection concerns in a letter to CSA at the time. “On the 2015 tour of India, David Miller was battling for form. Throughout the second and third ODI we had discussions that maybe we need to get Khaya in and do a swap. At one stage, David even opened the batting and I was surprised at that move. Maybe it was tactical but in my mind, I was suspicious of that move. In my mind, they were trying to protect David,” Manack said. “David was struggling with spin. So what they did, instead of dropping him and bringing Khaya in, moved him to the top of the order, where he would play the new ball.”
Miller was short of runs in the first two ODIs and ended up with only 74 runs in five games, struggling against spinners, but he was averaging 54 and striking at 113 in ODIs for the year until that series. Zondo had scored 288 runs in 10 matches in the previous season’s domestic one-day cup, where he averaged 41.14 and was taken on tour as the back-up batter.
In the final ODI of the series, tied 2-2, Manack said he was unhappy that Miller was in the XI. “I felt David Miller needed to be dropped and if Khaya was the back-up batter, we needed to play him. The coach and captain were not happy with me. We had a discussion and I got back to the selectors and said do we play Khaya or not? There was some disagreement but the majority of the decision was that we said Khaya should play.
“The captain [de Villiers] was not happy. An hour or two later I got a call from the CEO and he said he just received a call from the captain who said he is not happy with the team. I went to the CEOs room and I got the distinct impression that the captain was very unhappy to the extent that, reading between the lines, I thought there was going to be some sort of fall out if he didn’t get his team. Before that there was the incident with Vernon Philander and Abbott at the World Cup and that time the captain didn’t get his team. I got the distinct impression that the captain wanted his team. I thought he was going to pull out of the team and threaten not to play. The words were not said but that’s the impression I got.”

Asked by the ombudsman, Dumisa Ntsebeza, if he thought Zondo’s exclusion was racially motivated, Manack was equivocal. “I sat with AB in the evening and I gave in. He did have some cricketing reasons, which did make sense. Some of the reasons were that we were effectively playing in a final. Do we want to play a young cricketer in a final against one of the noisiest crowds in the world?

“But maybe it was racially motivated. It’s difficult to escape that view. If one were to give the captain the benefit of the doubt, maybe he has a fair argument. If I look back at the last 15 or 20 years, very often captains protect their friends and buddies. They look after one another. That does happen.”

de Villiers did not deny that leaving Zondo out was his call but said he felt it was for the benefit of the team. “It is obviously difficult to pick apart selection discussions many years later, and recollections will vary. However, I can unequivocally state that my input to such discussions was always motivated only by what I considered to be best for the team, and nothing else.”

CSA did conduct an inquiry into Zondo’s exclusion and found that it was “unfair because it did not conform to the CSA policy”, Norman Arendse, a former board president, told the SJN. But CSA did not go as far as to say that Zondo was excluded on the basis of race.

“There were the allegations of racial discrimination but from the information that was provided to the task team, we found that there were cricketing reasons given for his inclusion and cricketing reasons given for his exclusion. It reflects on CSA too that we didn’t go the step further to find his exclusion was race-based. The task team didn’t find it necessary to make such a finding because we did find that it was unfair. As a lawyer, I was confined to the four corners of my brief, and on that we couldn’t make a finding that he was excluded because of the colour of his skin. We had a reasonable suspicion that that may well have been the case but a clear finding would not have been justified on the evidence placed before us.”

In hindsight, Manack said he felt responsible for Zondo’s exclusion. “I should have stood firm. I feel I let Khaya down. If you look at it, it was the same captain who was involved in the Rabada incident. There is a bit of a pattern that has developed over the years and you will find some names have come up over and over again. In this instance, I should have stood my ground. I want to acknowledge my part in what happened to Khaya. I take responsibility for it. I regret it.

Zondo went on to debut against India at Centurion three years later, and to date has played five ODIs for South Africa.