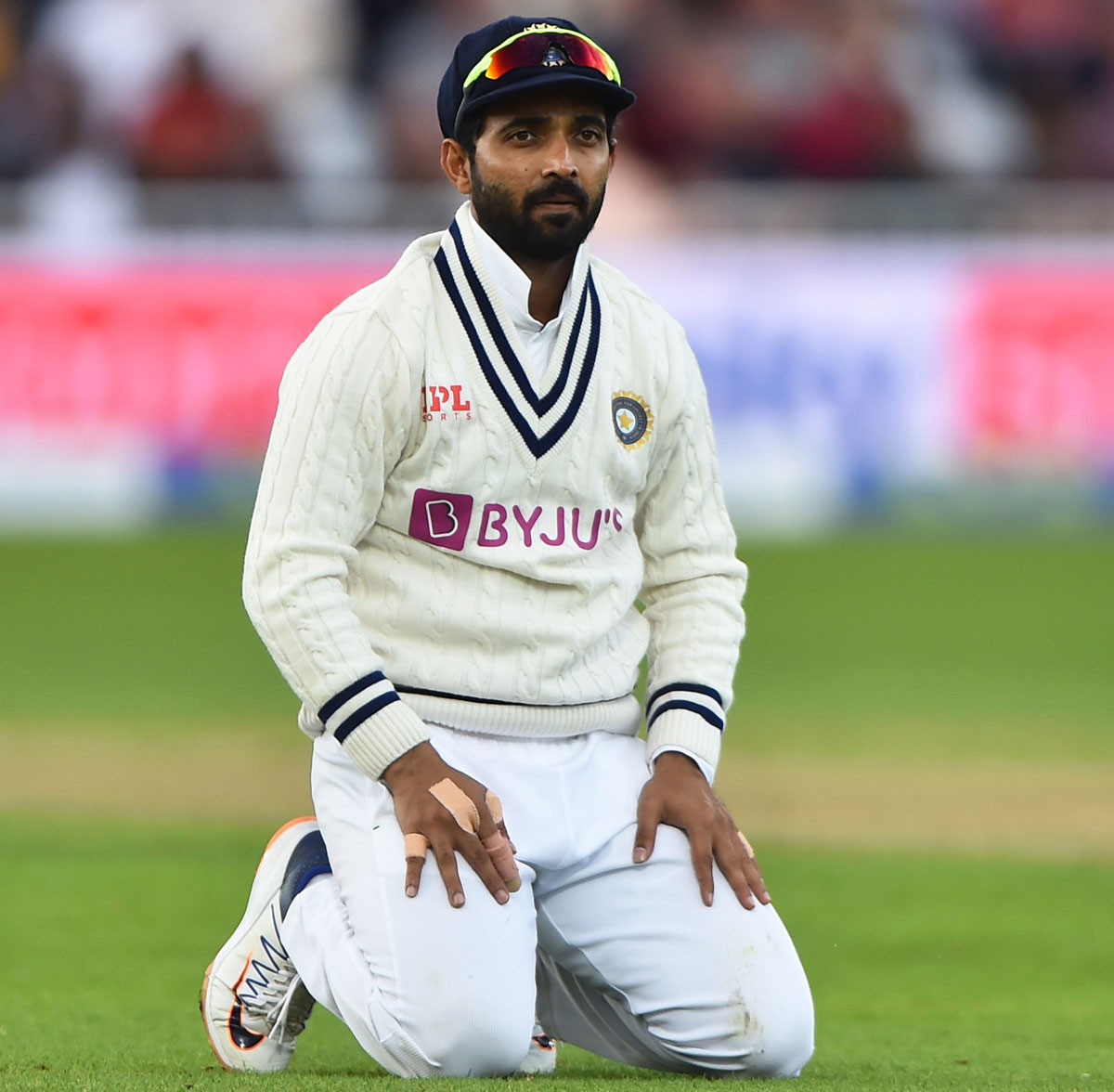 IMAGE: Ajinkya Rahane has scored just one half-century in seven innings, for a tally of 109 runs in the series at an average of 15. Photograph: Nathan Stirk/Getty Images

Buoyed by their crushing 157-run victory in the fourth Test at The Oval on Monday, a confident Indian team will seek to continue their winning momentum in the fifth and final Test against England at Manchester.

India, who lead the series 2-1, will aim to win their first Test series in England in nearly 15 years when they take on England in the final Test at Old Trafford, starting on Friday, December 10.

The Indian bowling attack is firing on all cylinders, having sent England’s batting line-up crashing to defeats on the final day twice in the series.

In fact, it was the bowling attack which helped India stage a remarkable recovery at The Oval after they were bowled out for 191 on the first day, as England were restricted a first innings lead of just 99 runs.

The bowling effort was even more praiseworthy in the second innings as on a flat wicket they produced a magnificent performance to bowl out England for 210 on the final day.

While the bowling is firing on all cylinders, the Indian batsmen, especially the middle order, are also coming into their own at the business end of the series.

There was considerable debate about Ravichandran Ashwin’s exclusion for The Oval Test but Ravindra Jadeja showed why he is the preferred spinner, with a couple of important strikes in a tight spell of 2/50 in 30 overs on the final day.

All-rounder Shardul Thakur justified his inclusion with a superb showing with both bat and ball. Batting at No 8, Thakur’s counter-attacking innings of 57 from 36 balls in the first innings not only rallied India to a respectable total but also gave them a much-needed morale boost.

The medium pacer made a crucial strike with the ball when he dismissed the well-set Ollie Pope for 81 in England’s first innings.

Thakur played another vital innings of 60 in the second innings before going to pick up two vital wickets with the ball to set India on the victory path.

England looked well placed at 100 for no loss on the final when Thakur made the first breakthrough when he dismissed opener Rory Burns. He then dismissed the in-form Joe Root, bowled off an inside edge for 36, to end England’s hopes of saving the match.

Michael Atherton, the former England batsman, writing in The Times, London, felt Thakur deserved to be the player of the match in the Oval Test, more than Rohit Sharma.

The only worry for India must be Vice-Captain Ajinkya Rahane, who is desperately short of runs in the series.

Rahane’s only innings of note has been the 61 in the second innings of the Lord’s Test. He hasn’t got past the 20-run mark in the other six innings, for a tally of 109 runs at an average of 15.

While Kohli is likely to give Rahane another chance in the final match, India could be tempted to bring in the gritty Hanuma Vihari or the exciting Suryakumar Yadav into the side.

Senior spinner Ravichandran Ashwin looks unlikely to break into the playing XI, which could possibly be the first time in his illustrious career that he has been dropped for an entire series.

Should India leave out the struggling Rahane?

Should India bring in Mohammad Shami for Mohammad Siraj or Umesh Yadav?

Who do you think should be part of India’s playing XI for the fifth and final Test against England?

Please select your team from the list and do post your playing XI in the message board below.