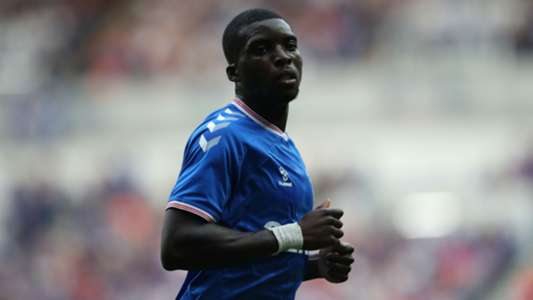 Liverpool have confirmed the departure of Sheyi Ojo to English Championship side Millwall on loan for the 2021-22 season.

This is the 24-year-old’s seventh loan move due to his inability to break into the Reds’ first team.

During the 2020-21 campaign, he was loaned to Cardiff City. There, he featured in 41 league games with five games to his credit as Mick McCarthy’s Bluebirds failed in their bid to secure promotion to the English topflight after finishing eighth.

Having joined Gary Rowett’s men, Ojo will not only be aiming for regular action but would be keen to help the Lions realise their EPL dreams.

“Sheyi Ojo has completed a season-long loan move to Millwall,” a statement from Liverpool website read.

“The Liverpool forward will spend the 2021-22 campaign with Gary Rowett’s team in the Championship after finalising a temporary switch on transfer deadline day.

“Ojo, who joined the Reds in 2011, has made 13 first-team appearances for the club and opened his goalscoring account with an Anfield strike against Exeter City in a 2016 FA Cup tie.

“The versatile attacker was also part of the England squad that lifted the FIFA U20 World Cup in the summer of 2017.

Ojo becomes Rowett’s sixth signing of the summer transfer window and he will join the rest of the squad after the international window.

He joins DR Congo international Benik Afobe as the second African at the Den. Barring any obstacles, he is expected to make his debut when Millwall travel to the Hawthorns for their next league outing against West Bromwich Albion.

After five matches played so far, the Lions are 17th in the English second tier log having accrued five points.

He was part of the English team’s squad to the 2017 Fifa U20 World Cup. He made his first start against Guinea before playing more games as Paul Simpson’s boys ruled the world after defeating Venezuela in the final.

Regardless, he is eligible to represent Nigeria at the senior level.