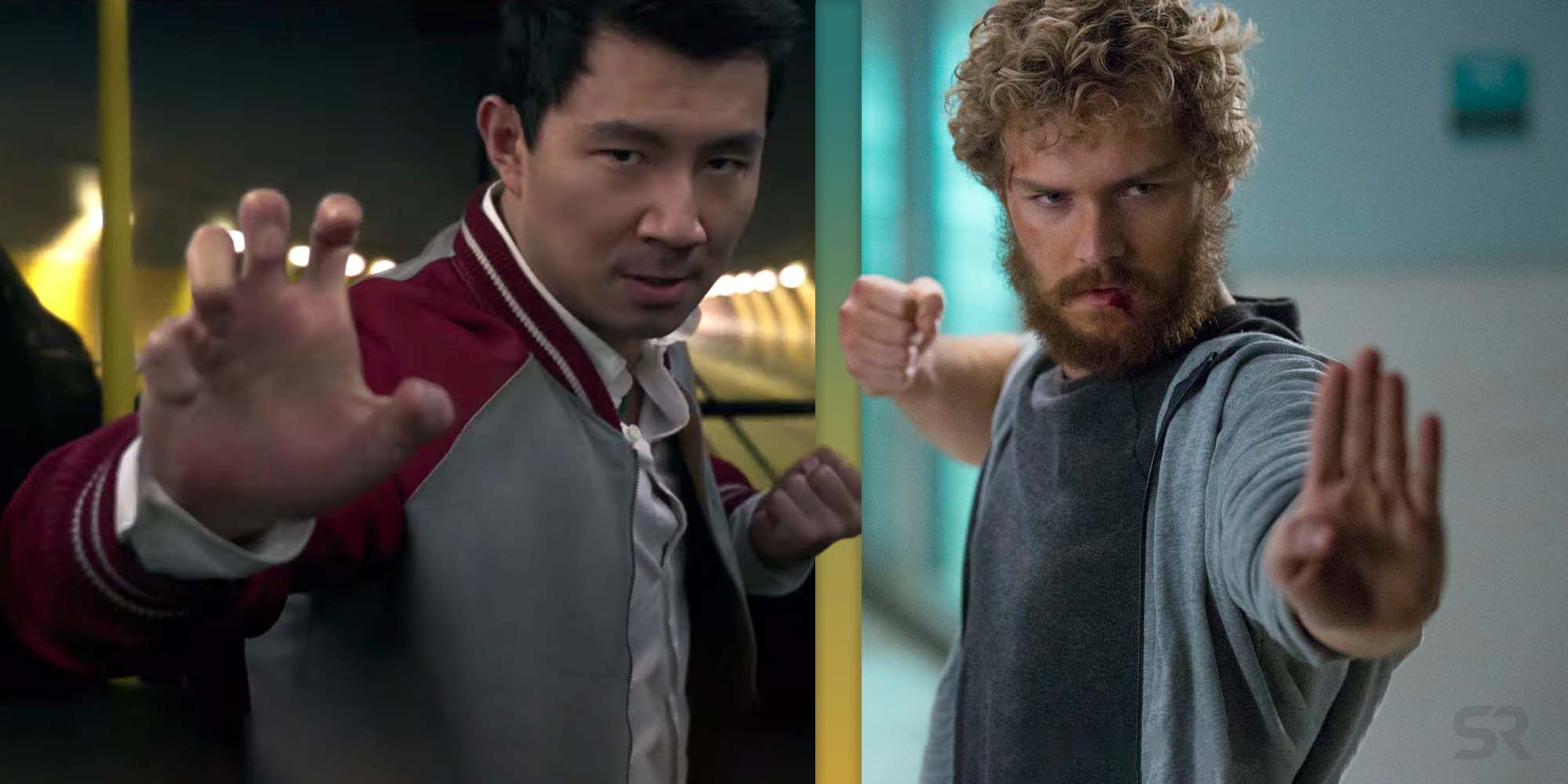 New video compares major differences in quality and skill in the fight scenes for Shang-Chi and the Legend of the Ten Rings and Netflix’s Iron Fist.

A new video demonstrates some major martial arts differences between Shang-Chi and The Legend of the Ten Rings and Danny Rand in Netflix’s Iron Fist. With Shang-Chi dominating the box office recently, fans have been reviewing the other martial arts heavy entries into the MCU. Clearly, for a character who is supposed to be one of the best martial arts fighters in Marvel Comics, Danny Rand a.k.a. Iron Fist, did not perform to expectations.

To be fair, Iron Fist was a television series with a more limited budget. However, there have been a lot of rumors over the years about the limited effort Finn Jones put into his choreography. In fact, fans praised Jessica Henwick in her role as Colleen Wing in Iron Fist for how much work she put into her martial arts training, and how much better her fight scenes looked.

This week, Twitter user Charles Villanueva released a video comparing major differences in quality and skill in the fight scenes for Shang-Chi and the Legend of the Ten Rings and Netflix’s Iron Fist. The video makes use of slow-motion and humorous sound effects to highlight the sloppiness of Finn Jones in Iron Fist. And of course, compared to Simu Liu, who nailed all his action scenes, Jones’ performance only looks all the worst. Check out the video below:

For Shang-Chi and the Legend of the Ten Rings, the difference is likely in who they cast as the titular character. Liu wanted the role and was ready to do the work, as he knew the difference it could make for both his career and as the first Asian-led film in the MCU. He was so intent on being Shang-Chi that he even went on Twitter and petitioned for himself to be cast when development on the film had begun.

For many fans, seeing Simu Liu succeed on the screen in Shang-Chi and the Legend of the Ten Rings is a sign that passionate creatives and actors can really elevate projects to the next level. The rumors of Finn Jones’ work ethic contribute to this, as what ended up on screen was just not that impressive. Hopefully, more films and TV shows will follow the example of Shang Chi and the Legend of the Ten Rings and take the time to find actors like Liu, who are truly dedicated to their roles.

Nick Graff is a writer for Screen Rant with a passion for all things Star Wars and Marvel (especially Spider-Man). Being an LA native, Nick grew up surrounded by the entertainment industry which has always fascinated him. After spending the past decade as a film editor for Disney, he is excited to share his perspective on the current media landscape.

When not writing, Nick also enjoys working on his own comics, practicing his Dungeon Master skills, and playing the latest Legend of Zelda game Nintendo has released.