Shang-Chi: Guy Pearce Wasn’t Asked to Return as the Mandarin 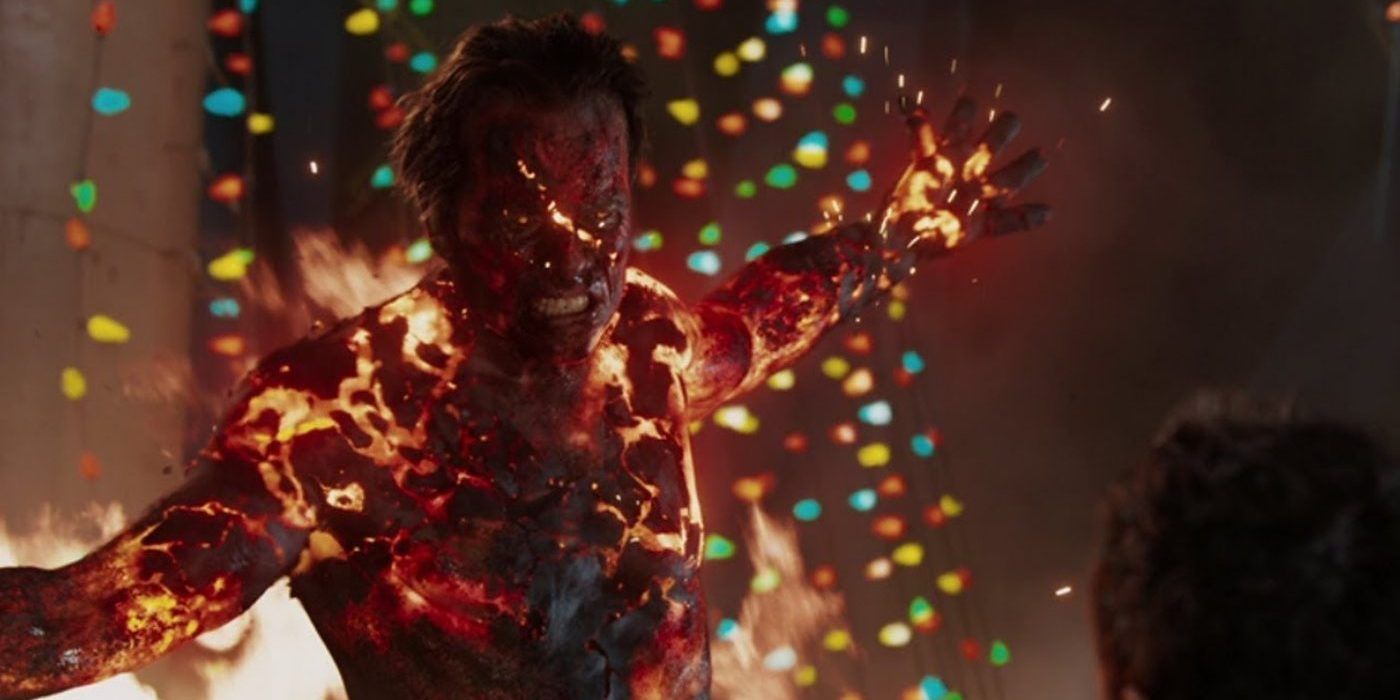 Guy Pearce says he wasn’t asked to return as Iron Man 3’s Aldrich Killian aka the “real” Mandarin in Shang-Chi and the Legend of the Ten Rings.

Guy Pearce says he wasn’t asked to return as the Mandarin in Shang-Chi and the Legend of the Ten Rings. In Iron Man 3, Pearce played Aldrich Killian, the founder and CEO of Advanced Idea Mechanics, who amassed an army of Extremis-enhanced soldiers in an attempt to take control of the United States. With the help of struggling actor Trevor Slattery (Ben Kingsley), Killian created a fake “Mandarian” persona to mask his illegal activities as terrorist attacks. At the end of that film, Killian declared himself the Mandarin before being killed by Pepper Potts.

Given the Mandarin’s status as an iconic villain in the comics, fans weren’t happy with Iron Man 3’s fakeout. However, in a one-shot included with the home release of Thor: The Dark World, titled “All Hail the King,” it was revealed that the real leader of the Ten Rings organization was dissatisfied with Slattery’s impersonation of him. Now, the 25th film to take place within the MCU finally introduces audiences to Marvel’s Master of Kung Fu, Shang-Chi (Simu Liu), and his father, Xu Wenwu (Tony Leung), aka the actual Mandarin, alongside a predominately Asian and Asian-American cast including Liu, Leung, Awkwafina, Michelle Yeoh, Benedict Wong, Fala Chen, and Meng’er Zhang.

Related: Why SHIELD Wasn’t Aware Of & Didn’t Try To Stop The Mandarin

In a recent interview with ComicBookMovie, Pearce talked about the possibility of reprising his MCU role. In particular, the actor was asked if Marvel Studios had reached out to him about returning as Killian in flashbacks for Shang-Chi. Read what he had to say below:

“No, I wasn’t. It’s such a fascinating universe, really. The amazing thing about it is that it’s not as clear cut as going, ‘Well, a character dies so that’s the end of them.’ Also, obviously in films these days there are prequels, so people are going back to earlier stories or there are tangents going across. The idea of someone like Aldrich Killian coming back in some other shape or form is totally feasible in that world [Laughs]. I’ll wait for the call, you know!”

While Pearce could easily reprise his role in MCU projects like Disney+’s What If…?, it wouldn’t have made much sense to devote runtime to Iron Man 3 flashbacks in Shang-Chi. That being said, Shang-Chi does see Kinglsey cameo as Slattery. However, this is in service of the characterization of Wenwu, who not only reveals he’s never gone by the name “The Mandarin,” but has imprisoned Slattery for the offense. Iron Man 3 writer/director Shane Black has said his interpretation of the Mandarin was an attempt to avoid the Fu-Manchu stereotype associated with the character, something Shang-Chi also rectifies.

In the comics, both Shang-Chi’s father, Fu Manchu, and the Mandarin are depicted as racist caricatures. Thanks to writer/director Destin Daniel Cretton and co-writer Dave Callaham, Shang-Chi and the Legend of the Ten Rings introduces a new character in Wenwu that subverts these stereotypes while simultaneously retconning Iron Man 3’s Mandarin. Reviews for the film praise it as one of the MCU’s best origin stories thus far, with perhaps one of its most compelling villains—something isn’t necessarily said about Killian.

More: Every MCU Easter Egg In Shang-Chi And The Legend Of The Ten Rings