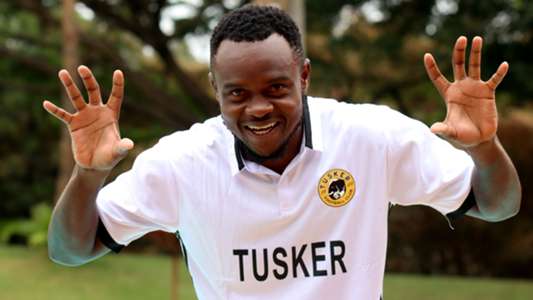 FKF Premier League champions Tusker have raided Kakamega Homeboyz for the services of attacking midfielder Shami Kibwana ahead of the new season.

The Brewers have unveiled the 28-year-old by stating: “Tusker would like to confirm the signing of attacking midfielder Shami Kibwana, who joins the Brewers from Kakamega Homeboyz.”

What did Tusker’s statement say?

“Kibwana joined the rest of the team in their final training session before they travel to Djibouti, for the Caf Champions League preliminary round match against Arta Solar 7.”

On his part, Tusker CEO Charles Obiny said; “Mwinyi was one of the best performing midfielders in the just-concluded season and he comes in with a lot of attacking impetus. He will add a lot of creativity and punch in our forward line and we are glad to have him on board.”

Speaking after making the move to the Ruaraka-based club, Kibwana said:  “I am happy to join this great team where I hope to take another step in my career. This is a big club with big expectations and definitely, as a player, I have to step up and do better.”

“I had a good period with Homeboyz last season where I scored goals despite battling injuries all season. I hope to do even better especially if I can avoid injuries. I want to keep scoring goals for Tusker.”

Mwinyi has joined the Brewers under Robert Matano just a few hours after the club confirmed the acquisition of two more players – Brian Bwire and defender Dan Sakari.

The duo was in the Kenya national team, the Harambee Stars squad that took part in the World Cup qualifying matches against Uganda and Rwanda where the country managed 0-0 and 1-1 draws respectively.

“Tusker would like to confirm the signing of goalkeeper Brian Bwire and defender Daniel Sakari both from Kariobangi Sharks,” read part of the statement, “The two joined the team on Tuesday morning after returning from international duty with Harambee Stars.”

On signing the two, Tusker chairman Daniel Aduda said; “We really feel delighted to be bringing on board national team players who have gathered immense experience. Their presence especially as we head to play continental football will be a huge asset to the coaching department.”