‘Seinfeld’ Gets Trapped in a LEGO Apartment in Hilarious Netflix Trailer 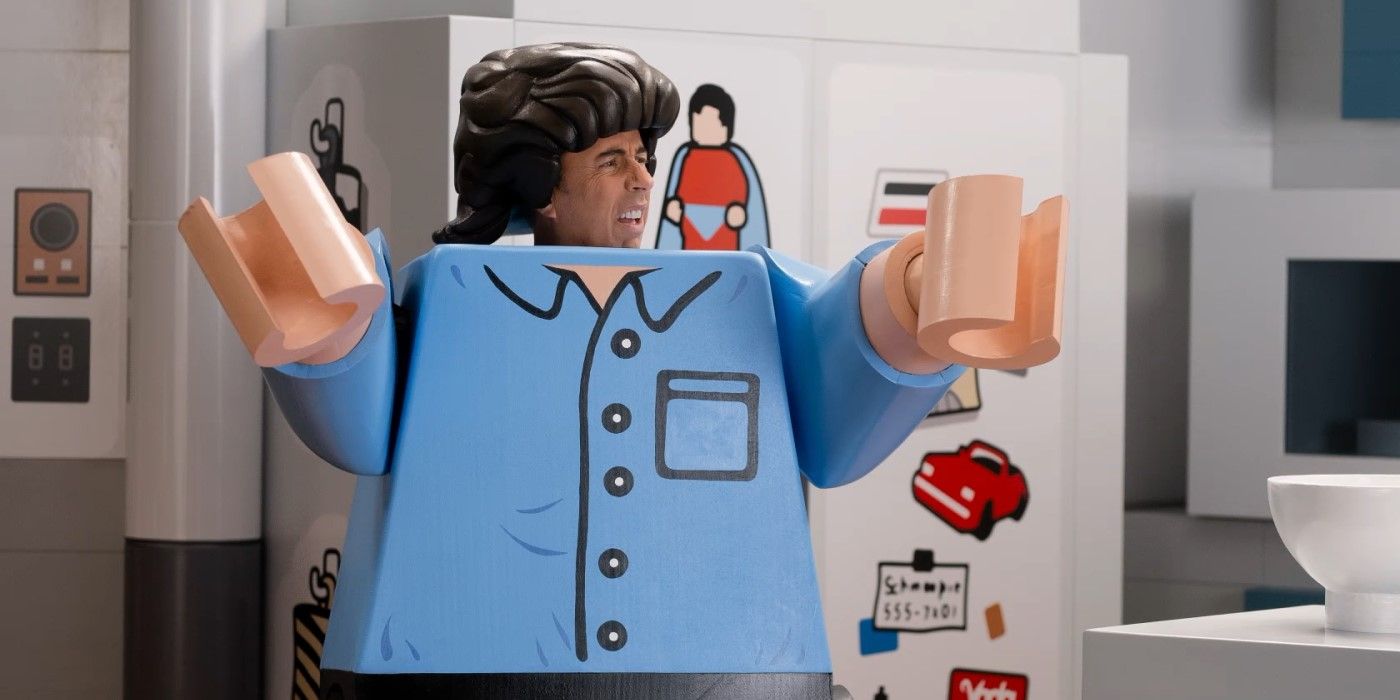 Netflix released a new promotion for Seinfeld, to help celebrate the show coming to the platform. The video jokingly tries to sell a new ‘Lego form’ version of the show, and a few actors return to get in on the joke.

The promo is narrated by Bryan Cranston, who played Dr. Tim Whatley in Seinfeld for five (or six according to him) episodes, as he introduces the audience to this new version of the show. He states that it’s inspired by the “wildly popular Lego set model,” and we are shown the set of Jerry’s apartment, completely recreated in Lego form.

We then see Jerry Seinfeld, reprising his role as the titular character, walking into his apartment, looking confused about his new appearance and setting. Cranston then goes on to sell this new version of Jerry, stating that he is “every bit as funny as his human counterpart.”

Jerry himself attempts to eat cereal, all while being confused about what is happening and complaining that he does not want to be a Lego. Cranston says that since they now bought the series, they can do whatever they want with it. Near the end of the promo, Patrick Warburton’s David Puddy makes a cameo, saying his iconic line “ya that’s right” when told that his Lego piece was sold separately.

Seinfeld is a comedy series that was first released in 1989, and ran until 1998. The show centers around Seinfeld, who plays a fictionalized version of himself, as he tries to live his life alongside his three closest friends. Netflix recently bought the rights to the series, and now all 180 episodes of the hit show are available to stream on the platform. The release was part of their Netflix Is A Joke section, a hub within the main Netflix that focuses on stand up, comedy series, films, and anything else comedy related.

You can check out the Lego Form promotion trailer below.

KEEP READING: Which ‘Seinfeld’ Character Wins In a Deathmatch? These 7 Classic Episodes Hold the Answer

Gyllenhaal also breaks down how he prepares for filming a very emotional scene.