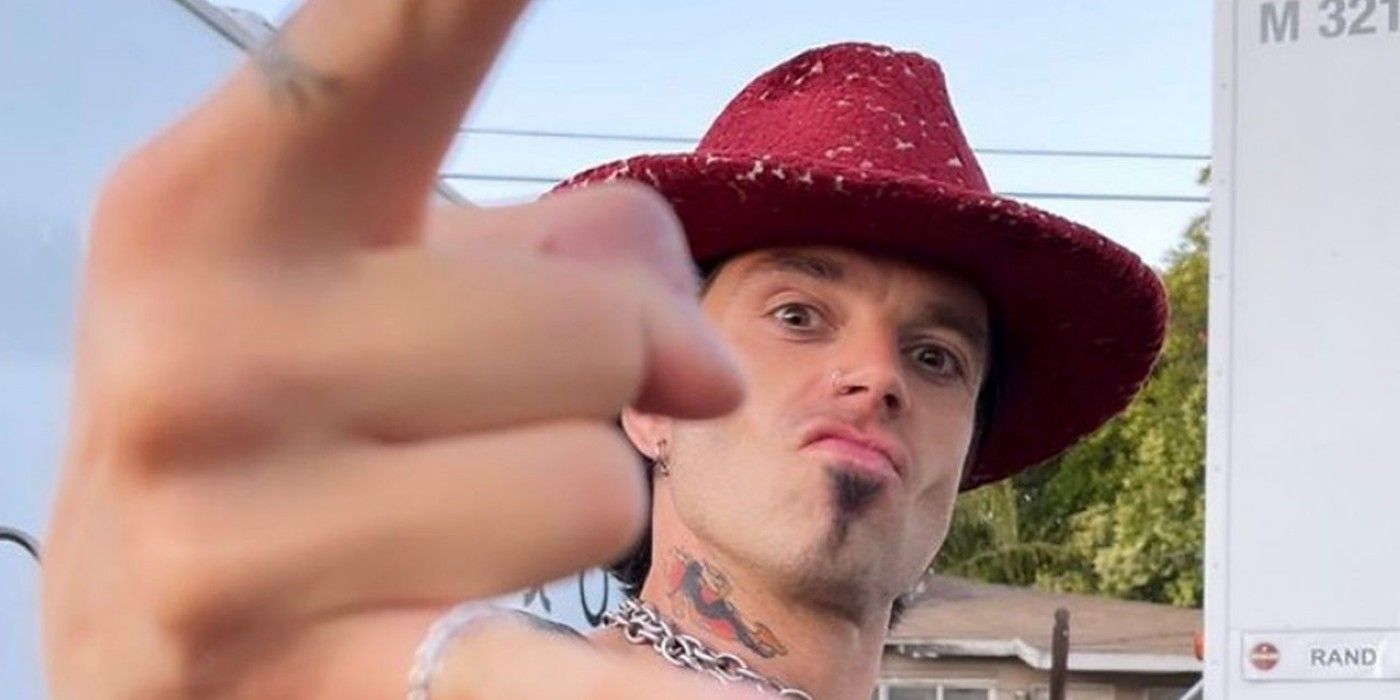 Sebastian Stan shares a behind-the-scenes image from the set of the upcoming series Pam & Tommy in celebration of Tommy Lee’s 59th birthday.

Sebastian Stan has shared an image from the set of the upcoming series Pam & Tommy in celebration of Tommy Lee’s 59th birthday. The Mötley Crüe drummer rose to prominence in the 1980s before becoming tabloid fodder in the 90s for his characteristically “rocker,” hedonistic lifestyle. In 1995, Lee married former Playboy model and Baywatch star Pamela Anderson in Mexico just days after they met. Amid police altercations, highly-publicized fights, and a sex tape scandal, the pair’s marriage lasted three years before a divorce in 1998.

Fresh off his turn as Bucky Barnes in Disney+’s The Falcon and the Winter Soldier, Stan will portray Lee alongside Lily James’ Anderson in the upcoming Hulu drama, Craig Gillespie’s Pam & Tommy. The miniseries, which began filming in April and wrapped in July, will revolve around the titular characters’ whirlwind relationship in the mid-90s. Leaked and shared photos from the set have showcased both Stan and James’ amazing physical transformations to play the famous ex-couple. The series will also star Nick Offerman and a freshly-shaven, mullet-sporting Seth Rogen. The latter plays Rand Gauthier, the electrician who notoriously leaked Lee and Anderson’s sex tape.

On Sunday, Stan posted a new photo to his Instagram story wishing Lee a happy birthday. The behind-the-scenes photo sees Stan making an appropriate ‘rocker’ hand gesture alongside the caption “HAPPY BIRTHDAY Tommy Lee!!!!.” The image also shows off Stan dressed in Lee’s iconic style, dressed in a fishnet top and sporting many tattoos and piercings. Check out his post below:

Not long after Stan’s post, Lee shared his post on his own Instagram story. While Lee and Anderson weren’t involved with the upcoming series, the Mötley Crüe drummer admitted that the actor reached out to him and he is looking forward to Stan’s portrayal of him, hoping it’ll shed light on those “crazy” years of his life. From what Stan told Lee, “it’s a really beautiful story” that explores the nature of privacy in the entertainment industry, among other things. Lee’s endorsement comes as no surprise as Stan has spent a lot of time trying to look the part — from the tattoos and body piercings, to drumstick-twirling skills that took hours of practice.

Stan and James’ dramatic transformations as Lee and Anderson have helped to build a lot of hype for Pam & Tommy well before any marketing campaign. Leading up to the release of an official trailer, Stan will likely continue to share more set photos and behind-the-scenes images. It will be interesting to see how the show approaches the controversy of its subject matter. But until then, fans have Google at their disposal to look up the many articles, interviews, videos and documentaries about the real-life Pam & Tommy.

More: Pam & Tommy: Everything You Need To Know

Marvel Just Secretly Introduced An X-Men Location Into The MCU