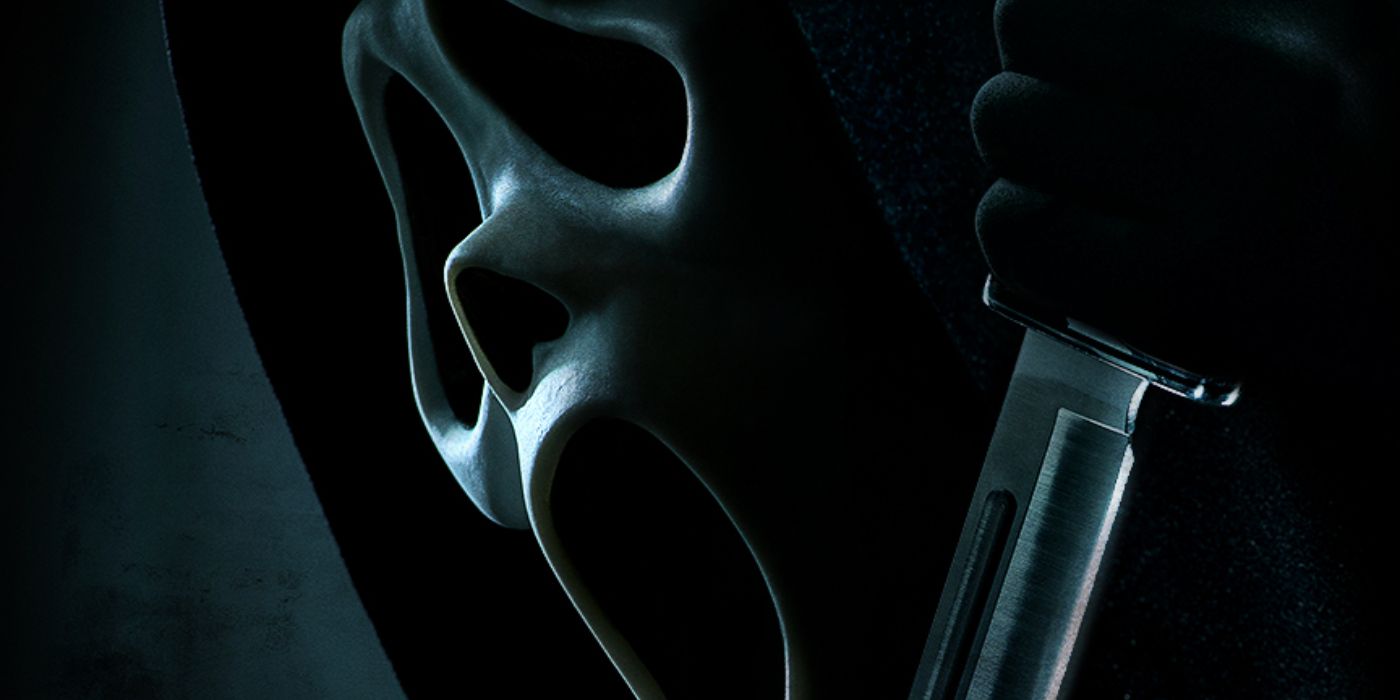 Fans have been anxiously waiting for the new addition to the Scream franchise, and it is quickly approaching. The first poster for the simply-titled SCREAM has been released with a terrifying Ghostface and a warning for fans to expect the unexpected when it comes to the ever-changing killer.

Silhouetted in the darkness, Ghostface brandishes their signature Buck 120 knife that is already lined with blood. The poster repeats a mantra that has been consistently proven true throughout the series: “It’s Always Someone You Know.” This tagline refers to the previous Ghostface killers being identified as originally trustworthy or unsuspecting characters, from heroine Sidney Prescott’s (Neve Campbell) devoted boyfriend Billy (Skeet Ulrich) to her cousin Jill Roberts (Emma Roberts). Whether this means a returning character or a brand-new one will don the Ghostface mask remains to be seen.

RELATED: You Can Rent the Original ‘Scream’ House on Airbnb and Get a Virtual Greeting from David ArquetteSpeaking of which, the cast has proven itself to be stacked with potential suspects and victims. Returning to the series with Campbell will be David Arquette, Courteney Cox, Roger L. Williams, and Marley Shelton. However, the fresh meat in the series is also impressive. Melissa barrera, Jenna Ortega, Jack Quaid, Mason Gooding, Jasmin Savoy Brown, Mikey Madison, Kyle Gallner, Dylan Minnette, and Sonia Ben Ammar are also slated to appear in the film.

It is a bit of a miracle that this new film is happening in the first place. After The Weinstein Company rightfully folded, the rights to the franchise were in limbo. However, Spyglass Media Group acquired the films in 2019, as well as the ability to potentially make new films in the future. Ready or Not directors Matt Bettinelli-Olpin and Tyler Gillett were brought on board in 2020, with their Radio Silence banner also joining to produce the project. James Vanderbilt and Guy Busick will write the film, with previous screenwriter Kevin Williamson executive producing. It was a long and difficult road to get this fifth installment to screens, but it’s already looking to be worth it.

Check out the poster below. Scream will release in theaters on January 14, 2022 with its trailer debuting ahead of 25th-anniversary screenings of Wes Craven’s iconic slasher:

Erin is an entertainment journalist and critic anchored by a life-long obsession with movies. She currently serves up news and hot takes with Collider, with her other bylines including Fangoria, Film Cred, and Screen Queens. In her spare time, she can be seen writing short stories or watching obscure horror movies.