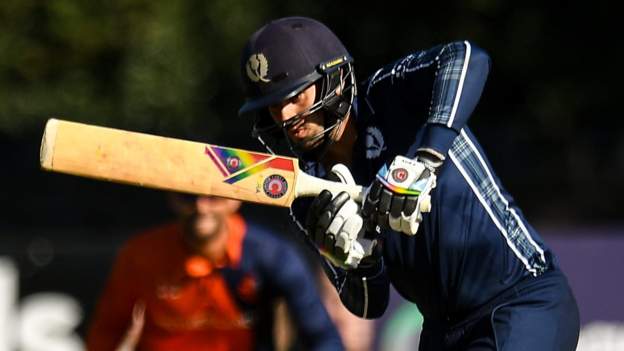 Mark Watt and Chris Greaves each took four wickets as Scotland beat the Netherlands by 32 runs in a Twenty20 World Cup warm-up match in Abu Dhabi.

Scotland set the Dutch a target of 122-6, with Calum MacLeod top-scoring on 32 not out and Michael Leask making 30.

The Scots then turned in a great display in the field to defend a low total with 13 balls to spare.

Watt conceded just 10 runs from his 3.5 overs, with the Netherlands all out for 90.

Greaves gave away a mere 19 runs from his four overs.

Scotland open their World Cup campaign against Bangladesh on 17 October, while they will also face Oman and Papua New Guinea in Group B.

The Netherlands are in Group A, along with Sri Lanka, Ireland and Namibia.

Four teams will progress from the first round to join the Super 12 phase of the tournament.