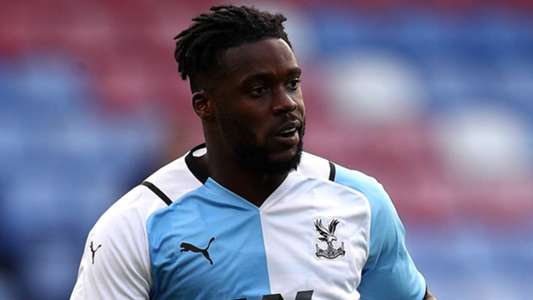 Crystal Palace attacker Jeffrey Schlupp reveals he did the job required of him by coach Patrick Vieira by scoring to help the club to a 2-2 comeback draw with Leicester City in the Premier League on Sunday.

One minute after being introduced into the game in the second half, the Ghana midfielder found the back of the net with a header to bring the game level, fellow substitute Michael Olise having earlier netted to pull a goal back.

Nigeria striker Kelechi Iheanacho and Jamie Vardy were on target to give visiting Leicester a 2-0 first-half lead at Selhurst Park.

“The gaffer has put me on to try and impact the game, and get in the box,” Schlupp said after the game, as reported by his club’s official website.

“I managed to do that straight away and obviously I’m happy to get the goal. I’ll take the goals however they come. I wanted to get in the box and with my header I just wanted to get it on target.

The draw has moved Palace to 14th on the table, one spot and one point below Leicester.

Of seven games played so far, the Eagles have won one game, drawn four other matches and lost two duels.

“You can see from the way the team performs, how we’re transitioning to a possession-based team,” Schlupp added.

“We’re playing through the midfield, and obviously we’re trying to get behind teams. We’re doing that well, but obviously it’s still early on.

“We’ve all been there before [at half-time]. We knew we had a long task ahead of us. First-half we did well but things didn’t go how we wanted, so we just had to stay positive, and we managed to do that.”

Sunday’s game was Schlupp’s second appearance since returning from an injury picked up while on international duty with Ghana against Ethiopia in the 2022 World Cup qualifiers last month.

His late return to action saw him left out of the Black Stars’ squad for their consecutive matches against Zimbabwe this month.