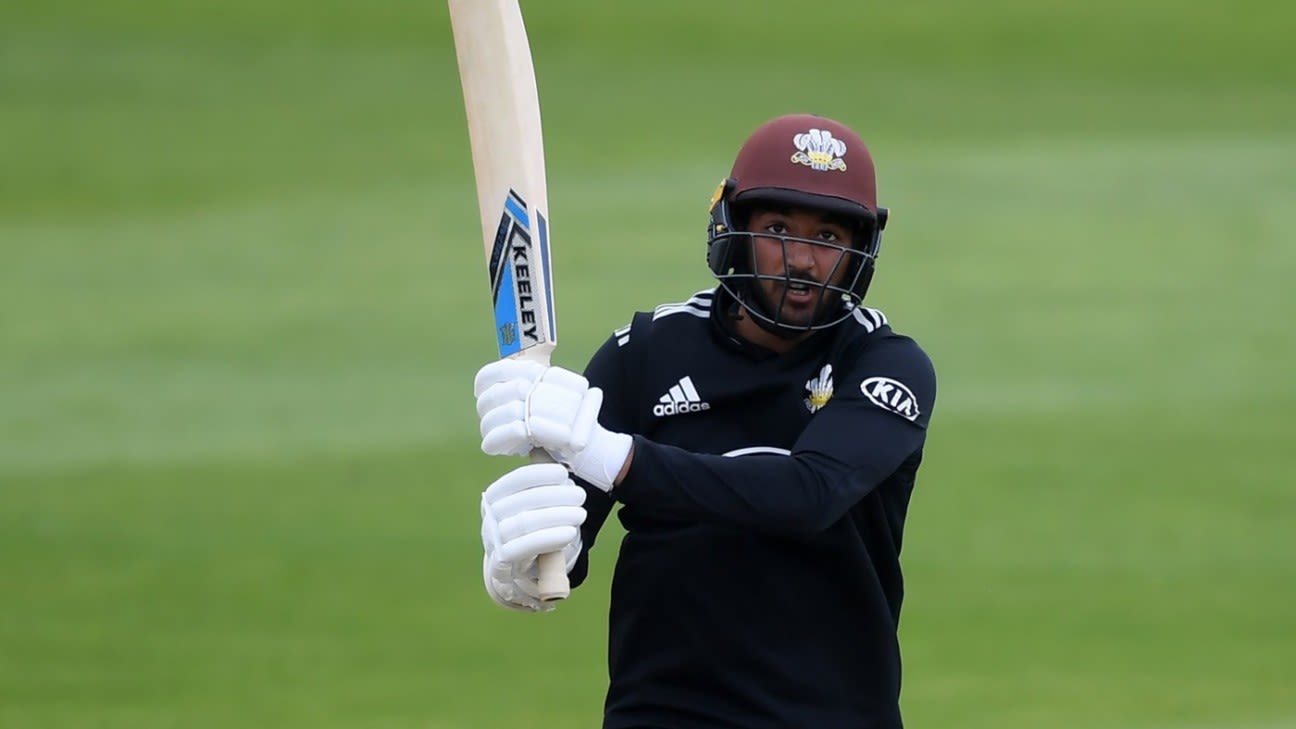 Ryan Patel‘s century took Surrey to the knockout stages of the Royal London Cup with a crushing eight wicket victory over Derbyshire at the Incora County Ground.
Patel led the way with an unbeaten 111 from 116 balls and Team David hammered 52 not out off 38 balls as Surrey chased down a modest target of 216 with 13 overs to spare.

Derbyshire could only muster 215 with Mattie McKiernan scoring 38 off 30 balls and Mitch Wagstaff contributing 36.

Conor McKerr took 3 for 43 and Daniel Moriarty 3 for 44 to put Surrey in control before Patel and David eased Surrey to 219 for 2.

Derbyshire’s chances of ending a disappointing tournament on a high suffered a blow when all-rounder Fynn Hudson-Prentice was ruled out following a positive Covid test while wicketkeeper Daryn Smit came in for his first List A game in three years.

Tom Wood got Derbyshire off to a good start but the innings stalled and it needed some lower-order resistance to get the score above 200.

Wood drove and cut Matt Dunn for three fours in the ninth over but his attempt to pull a fourth ended in the hands of midwicket.

Alex Hughes was caught behind down the leg side off McKerr and when Anuj Dal miscued a pull, three wickets had fallen in five overs.

Wagstaff uppercut McKerr for six but then sliced a drive to cover and when McKiernan was lbw to Rikki Clarke and Alex Thomson was stumped charging Tim David, Derbyshire had slipped to 136 for 6.

Smit and Connor Marshall regrouped by adding 38 in 10 overs before Marshall missed a sweep at Moriarty and Ravi Rampaul’s attempt to clear the ropes ended in the hands of Clarke at long on.

Smith was also lbw sweeping at Moriarty but Ben Aitchison and George Scrimshaw added 28 for the last wicket to at least give themselves a total to defend.

Derbyshire needed early wickets to put Surrey under pressure but Patel and Mark Stoneman put on 92 to have the visitors well on course for victory.

Stoneman dispatched Rampaul over the long on boundary and Patel launched Thomson for six as Surrey cruised along at five an over.

Derbyshire broke the stand when Stoneman pulled Wood to long on where McKiernan took a good catch just inside the rope and although Ollie Pope drove a low return back to McKiernan, it was not enough to change the course of the game.

Patel and David dished out some dismissive treatment with David securing victory in style with his third six off the last ball of the 37th over.