Robin Uthappa: ‘Was wondering how to help as I was doubting myself’ 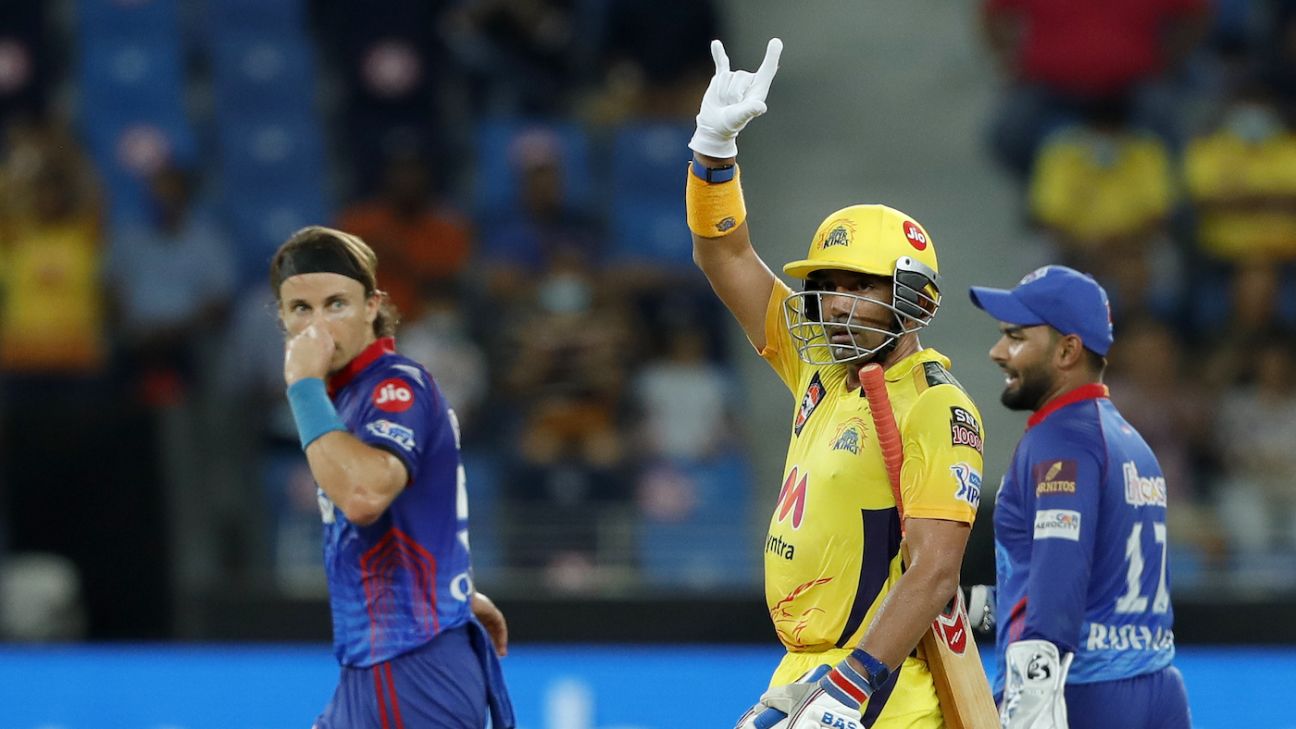 Batter Robin Uthappa said Chennai Super Kings’ culture of “making sure all players within the group felt secure” helped him retain his belief after not playing for the majority of the 2021 IPL season. Uthappa contributed with 63 off 44 balls in the first qualifier against Delhi Capitals on Sunday to set a strong foundation for Super Kings’ chase of 173.

“The culture in the group is that everyone will get an opportunity,” Uthappa told Star Sports Tamil after the game. “I started the first game well, but didn’t kick on from there. After that I got out playing shots that I’d have backed myself to play positively. I knew I had to be positive and express myself.

“I was sitting out for 10 matches and was wondering how to help. It was eating away at me and I had self-doubts. I was trying to help by doing whatever I can, like bringing them water, but to get an opportunity to actually go out to the middle and add value, it’s something I’m grateful for.”

Sign up for ESPN+ and catch all the action from the IPL live in the US. Match highlights of Chennai Super Kings vs Delhi Capitals is available here in English, and here in Hindi (US only).

Apart from Super Kings, Uthappa said he had previously felt more secure in an IPL team only under Gautam Gambhir‘s leadership at Kolkata Knight Riders.

“At KKR I had a similar experience under Gautam,” he said. “He’d make sure all players within the group felt secure. So the players always felt like giving back to the franchise. After that, this is the first time I’m experiencing that kind of security. You’re thinking of helping and giving back to the team.”

After losing Faf du Plessis in the first over, Uthappa and Ruturaj Gaikwad, who passed 600 runs this season on Sunday, put on a 110-run partnership for the second wicket in just 77 balls. Uthappa also celebrated his fifty with a unique sign, a gesture that indicated “the love within the group”.

“We just wanted to rotate the strike and build the partnership,” Uthappa said. “First six overs, we didn’t want to lose a wicket. Seventh onwards we decided it didn’t matter even if we were getting only 6-7 an over, let’s take the game deep.

Uthappa also said that though “many had written Dhoni off”, he is the best at what he does. “It’s very heartening to see from the outside,” he said. “Many had written him off, but when the situation arises, he met the challenge. He’s the best at this. All of us in the dressing room wanted him to go out and do it.

“Mahi had said we have the best fans, and I agree. When I joined, I said I don’t know how to whistle, but will make you all whistle. Hopefully we can do that after winning the final.”