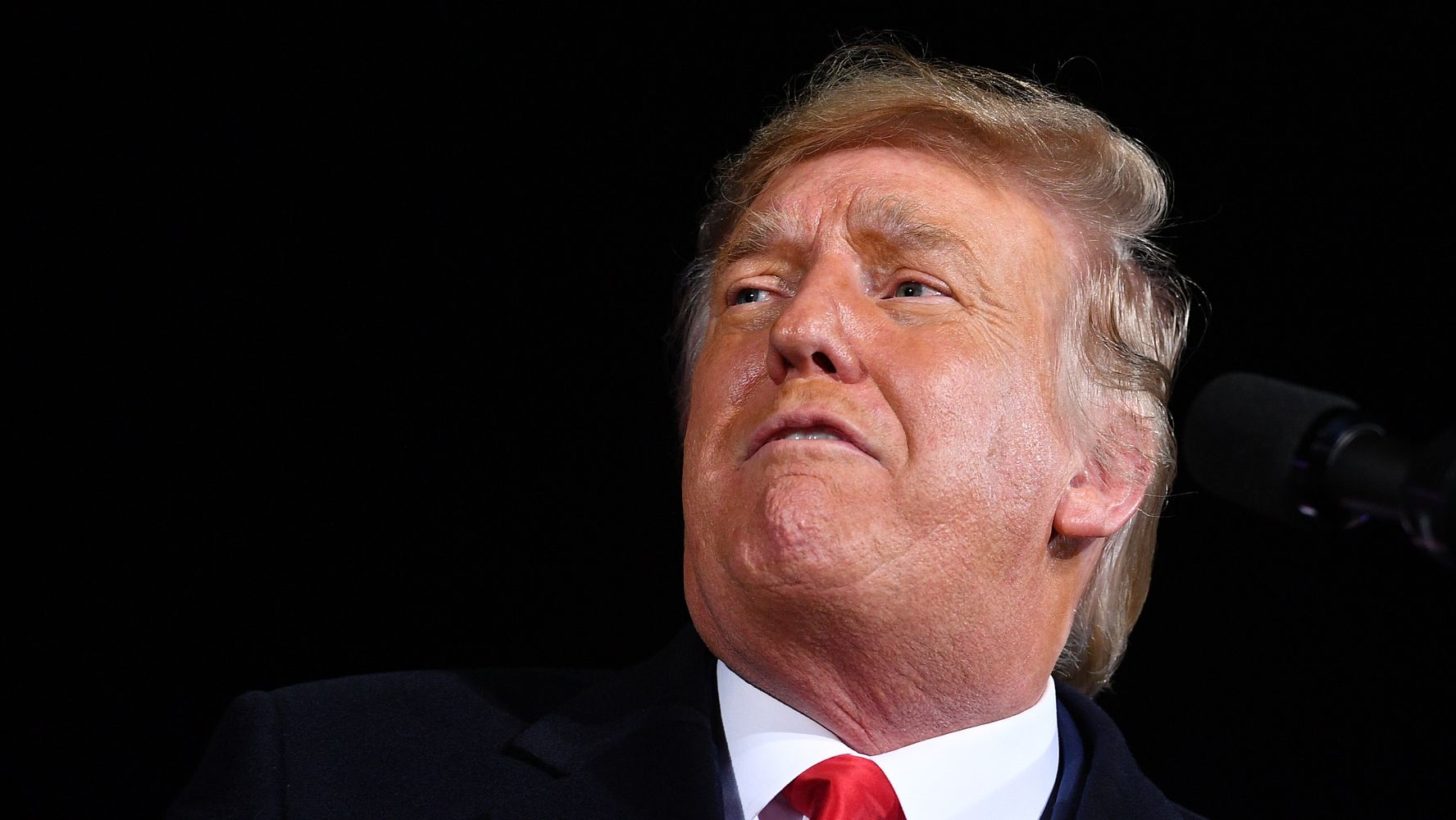 NASHVILLE ― Eight years after working to persuade voters who opposed their presidential nominee to give them another look, Republican leaders are opting for a different approach this time around: making it harder for those voters to cast ballots at all.

Mitt Romney’s 4-percentage-point loss to then-President Barack Obama in 2012 triggered a months-long introspective that was presented at the party’s summer meeting in Boston. It called for Republicans to do a better job of reaching out to nonwhite voters who had overwhelming supported Obama and given him a second term.

Yet as the Republican National Committee gathers in Tennessee for this year’s summer meeting, there is zero attempt to produce any such “autopsy” of Donald Trump’s 4-point loss to Joe Biden in November. Instead, party leaders are increasing their calls for “election integrity” ― a push that echoes Trump’s endless lies that the 2020 presidential election was “stolen” from him.

“It’s gone from an autopsy to an assault on democracy,” said Stuart Stevens, a top aide in Romney’s 2012 campaign. “Instead of doing the hard work of getting people to vote for you, let’s make it harder for people who aren’t going to vote for us to vote. That’s what it is.”

The reason for the lack of any formal review, Republicans said, is simple: A former president who does not hesitate to attack members of his party who do not show him absolute fealty.

“They don’t want to piss him off,” said John Ryder, a longtime RNC member from Tennessee who left the 168-member body as it was being taken over by Trump loyalists following his 2016 election.

Romney, a lifelong Republican, was never going to sabotage his party because of a critical report, added one top RNC member who spoke on condition of anonymity. “Trump’s not Romney,” the member said. “There are repercussions for saying what’s apparent to most Americans.”

Instead, the RNC created a special committee to track its efforts at “election integrity” ― legislation in states around the country that adds voting restrictions disproportionately affecting poorer and minority communities. The committee met Wednesday and hopes to release a report next week. RNC officials and members said that the issue is the priority for its base, who remain loyal to Trump and who, polling shows, say they believe his easily disproven lies that the election was stolen through massive voter fraud.

“Wherever I go in Florida, it’s the number one thing people ask me about: election integrity,” said Florida RNC member Peter Feaman.

Sally Bradshaw, for more than a decade a top aide to former Florida Gov. Jeb Bush and one of the authors of the 2013 post-mortem, said she was appalled by the party’s continued embrace of Trump and his most loyal followers.

“Here’s what the base wants to hear? That’s not what public service is,” she said. “Rather than trying to persuade, they’re just trying to manipulate the system. It’s their only way to win. It’s the only option they have. And it’s sickening.”

The sluggish recovery from the 2007-2009 financial crisis, combined with the visceral hatred many Republican voters had for the first Black president, led party leaders to believe that defeating Obama in 2012 would be a relatively easy task.

Heading into Election Day, officials in the Romney campaign and the RNC truly believed he was on track to win ― only to watch results roll in showing a massive turnout of Obama’s base that returned him to the White House.

The party immediately set about to document the causes and correct course in time for the 2014 midterm elections and the 2016 presidential race, and the result was presented to the RNC membership at the August meeting in Boston ― the same city where the former Massachusetts governor’s “victory party” had became a concession speech nine months earlier.

The “Growth and Opportunity Project” was the report’s official name, but it was colloquially referred to as “the autopsy.” Its analysis was brutal. Though it included many nuts-and-bolts recommendations on the use of voter data for registration and turnout, the heart of the report focused on the party’s inability to win majority support in a rapidly changing country.

“Republicans have lost the popular vote in five of the last six presidential elections,” the report stated. “The nation’s demographic changes add to the urgency of recognizing how precarious our position has become….  According to the Pew Hispanic Center, in 2050, whites will be 47 percent of the country while Hispanics will grow to 29 percent and Asians to 9 percent. If we want ethnic minority voters to support Republicans, we have to engage them and show our sincerity…. If Hispanics think we do not want them here, they will close their ears to our policies.”

Then-RNC chair Reince Priebus told reporters that Romney’s statements about undocumented immigrants were a big part of the party’s problems with Latino voters. “Using the word ‘self-deportation’ ― I mean, it’s a horrific comment to make. It’s not something that has anything to do with our party. But when a candidate makes those comments, obviously it hurts us.”

The party began work on the recommended outreach immediately, opening up field offices in Latino neighborhoods that previously had not seen a Republican presence until just before an election, and it saw good results in the 2014 midterm elections all over the country.

Then, in June 2015, Trump rode down his escalator, called Mexicans rapists and promised that as president he would force Mexico to pay for a wall along the southern border. He quickly shot to the top of the GOP presidential primary polls.

It’s a lesson that appears to have stuck. Party leaders today ― including potential 2024 candidates like Florida Gov. Ron DeSantis and Texas Gov. Greg Abbott ― blame migrants entering the country for recent surges in COVID-19 infections, rather than the true culprits: Americans who refuse to get vaccinated.

Stevens, who worked on both of George W. Bush’s successful presidential campaigns prior to serving as Romney’s chief strategist, said that for too many Republicans, Trump’s popularity with the party base came as a relief after Priebus’s attempts to expand the party.

“They thought: ‘We don’t have to pretend to care about that shit anymore. We can just win with white people,’” he said. “’Thank God. That was exhausting.’”

Despite Republicans’ optimism about beating Obama in 2012, history suggested it was always a steep climb. Incumbent presidents in modern times rarely lose, which is why Trump’s loss in 2020 was remarkable.

He became just the third post-World War II president to lose reelection and the first since Herbert Hoover to lose the House, the White House and the Senate in a single term. Trump’s loss also extended the GOP’s dismal record in presidential races to seven popular vote losses in eight tries.

Still, Republicans have not commenced an analysis of why Trump lost, notwithstanding the exhaustive study of the 2012 election that had been far more difficult to win.

Stevens praised the 2013 report’s recommendations, despite its criticisms of Romney’s campaign, comparing it to earlier attempts to expand the party, such as former RNC chair Ken Mehlman’s apology to the NAACP in 2005 for the GOP’s decades-long reliance on the racist “Southern Strategy.”

“It was not just a political necessity, but a moral mandate,” he said.

Bradshaw, a lifelong Republican who left politics entirely during the Trump years and now runs a bookstore in Tallahassee, Florida, said the lack of any such review for fear of angering a man who tried to overthrow American democracy after losing his election speaks volumes.

“It’s why I left the party. Because it’s a cult of personality, not a problem-solving party,” she said. “There’s no long game. There’s no ‘how to grow the party.’ The Republican leadership now is just about the preservation of power in the short-term. The Republican Party is not about ideas anymore. And I’m sad about that.”

Party officials, though, point to their success with nontraditional Republican candidates in the 2020 election in House races, with women and Latinos helping put the party within striking distance of taking back that chamber in 2022.

And the current RNC member who spoke anonymously said leaders are simply being practical. They need to prepare for the midterm elections, and publicly antagonizing Trump is not the way to do it. Besides, RNC leaders are fully aware of what happened in November.

“Trump lost the election. He lost the election that he could have won, with some minor changes,” the member said. “He took a very divisive path, and it cost him the White House. And it ultimately cost the party the Senate. Nobody has to explain that to people. You don’t need a long report to explain what’s obvious.”

But Ryder said the RNC has evolved to a point where a significant number of its members actually believe Trump’s lies about the 2020 election, which he says are readily debunked just by looking at vote totals in historically Republican suburbs populated by college-educated whites all over the country.

He said he personally has found legislative districts in Tennessee that that went for GOP Senate candidate Bill Hagerty but also for Biden at the top of the ticket. “Trump lost because he alienated a lot of Republicans. As long as they’re absorbed in this myth that the election was stolen, you’re not going to understand what happened.”

Ryder added that he does not know, at this point, how the party will get past Trump if it refuses to acknowledge why he lost.

“It’s not healthy at all. If you’re a football team and you lose a game, you review the game film and say, OK, what went wrong? A wise political party looks at that. You’ve got to look at it with clear eyes and a clear head.”