RHONY: Why Ramona Doesn’t Understand Eboni’s Response To Her Outburst 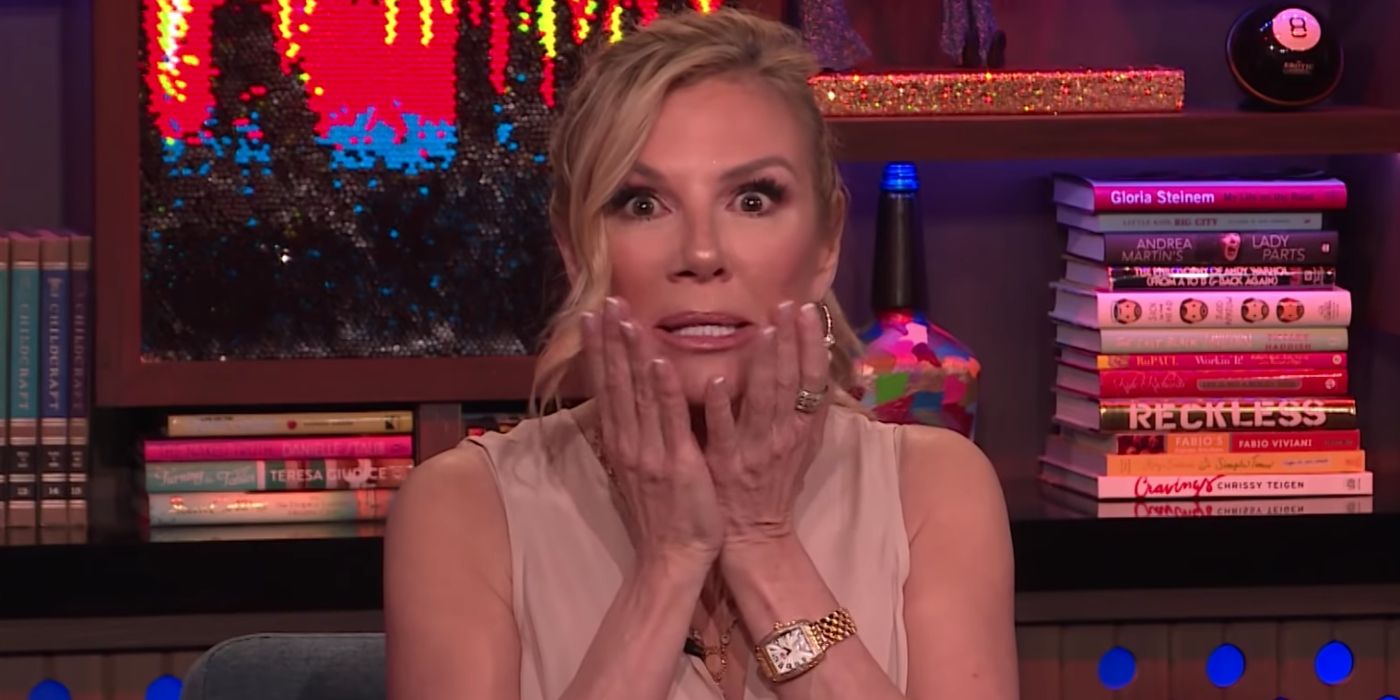 The Real Housewives of New York fans don’t comprehend why Ramona Singer is puzzled by Eboni K. Williams’ response to her recent outburst.

Ramona Singer from The Real Housewives of New York managed to once again embarrass herself on a night out with Eboni K. Williams and then seemed bewildered by Eboni’s reaction to her antics. This happened on the most recent episode of the show. The rookie of the group had set up a beautiful Black Shabbat dinner, and Ramona acted like unfamiliar cultural struggles were beneath her.

Ramona has always been an extremely polarizing character thanks to her rude attitude and unfiltered mouth. However, as the years have gone on, Ramona from RHONY‘s behavior has started to get on viewers’ nerves. Ramona once told Bethenny Frankel that she had no one to love her. She also told Aviva Drescher to take a Xanax. However, in those cases, it could be argued that she was just handing out tough love to a friend. However, there is no saving Ramona’s out-of-touch behavior when it comes to racial and cultural issues. Throughout the entirety of season 13, the Singer Stinger has failed to realize that the world she once knew as an upper-crust elitist is now changing. She needs to get on board or Bravo could bring down the ax by failing to renew her contract.

Most viewers don’t seem to be enjoying the way that Ramona is currently acting. In fact, since the last episode, viewers have questioned where Bravo’s statement against anti-Semitism went. Ramona from RHONY‘s tolerance for others was at an all-time low and The Real Housewives of New York fans were disgusted. So was Eboni, who eventually just sat quietly in her chair at the dinner, praying for it to end. Ramona is not connecting the dots that her selfish and out-of-touch behavior is causing her new friend to lose patience with her.

During the dinner, Ramona also interrupted Eboni’s friend, who was speaking about her experience as a Black woman giving birth. Almost everyone was horrified that Ramona cut the guest off, leaving Eboni to say, “What Ramona doesn’t realize — and I think I also have a high tolerance for Ramona’s inquisition — at some point, the questioning feels adversarial.” Adversarial is one way of putting it, but most viewers feel that Eboni was too kind. Plenty of fans think that Ramona from RHONY has an utter disregard for anyone around her.

Instead of taking responsibility, the 64-year-old blamed her outburst on being hangry. Cameras also caught the mother of one talking about people’s pronouns while stuffing her face with corn salsa. So which is it, Ramona? Were you hungry or just ignorant? Bravo fans empathize with Eboni’s embarrassment since it is not her job to teach the privileged women of the Upper East Side how to act towards others. Bravo has started to clean house with other franchises, and it feels like Ramona’s time on the show may be coming to an end.

Next: RHONY: What We Know About Ramona Singer’s $80K Smile

The Real Housewives of New York airs Tuesday at 9 p.m. EST on Bravo.

Jennifer is an avid Reality TV follower and is fluent in all Real Housewives drama along with the ups and downs of the 90 Day Fiance sagas. When she is not writing she enjoys traveling the world in search of the best beaches! Jennifer has been writing for over 15 years and would like nothing more than to have a proper sit down with the women of RHONY to ‘Make It Nice.’