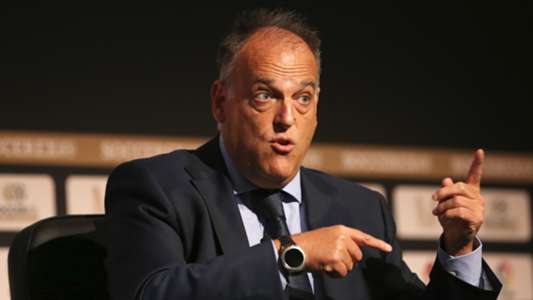 It was announced on August 4 that a private equity firm had acquired a 10 per cent stake in one of world football’s biggest brands.

Opposition to that agreement came from the very top, as Real and Clasico rivals Barcelona questioned the legality of it, and the Blancos have now taken matters a step further.

A statement from Real on the club’s official website reads: “At its meeting today at 11 am (CEST), the Real Madrid C.F. board of directors unanimously agreed to initiate both civil and criminal legal action against the La Liga president, Mr Javier Tebas Medrano, Mr Javier de Jaime Guijarro, head of the CVC Fund, and against the CVC Capital Partners SICAV-FIS Fund itself.

“In addition, the board of directors has resolved to take any legal action it considers appropriate to annul and render ineffective any possible resolutions adopted by the La Liga Assembly, due to be held on 12 August 2021, in relation to the agreement between LaLiga and the CVC Fund.”

What is the deal between La Liga and CVC?

As the top-performing teams in the Spanish top flight, Barcelona and Real Madrid would get the biggest share of the funds.

But only 15 per cent of the money will be permitted to be used on transfers and players’ wages, according to reports, with the rest being devoted to infrastructure.

“There are challenges in the short term that must be faced urgently and that require a significant financial investment,” Tebas, who claims to have discussed the matter with Barca president Joan Laporta before a deal was announced, has said.

“The strategic agreement with CVC will revolutionise the management model of football clubs and will make the competition much more attractive and exciting.

“There will be better facilities, better players and a better fan experience in everything related to clubs.

“And all this is supported by a competition model that will be more digital, more focused on the generation and analysis of data and more international.

“We are laying the foundations to make La Liga the most attractive football competition in the world.”

Barca and Real have opposed the CVC despite vows to raise salary cap limits, with those at Camp Nou refusing to back the deal amid financial struggles that have forced them to sever ties with club legend Lionel Messi.