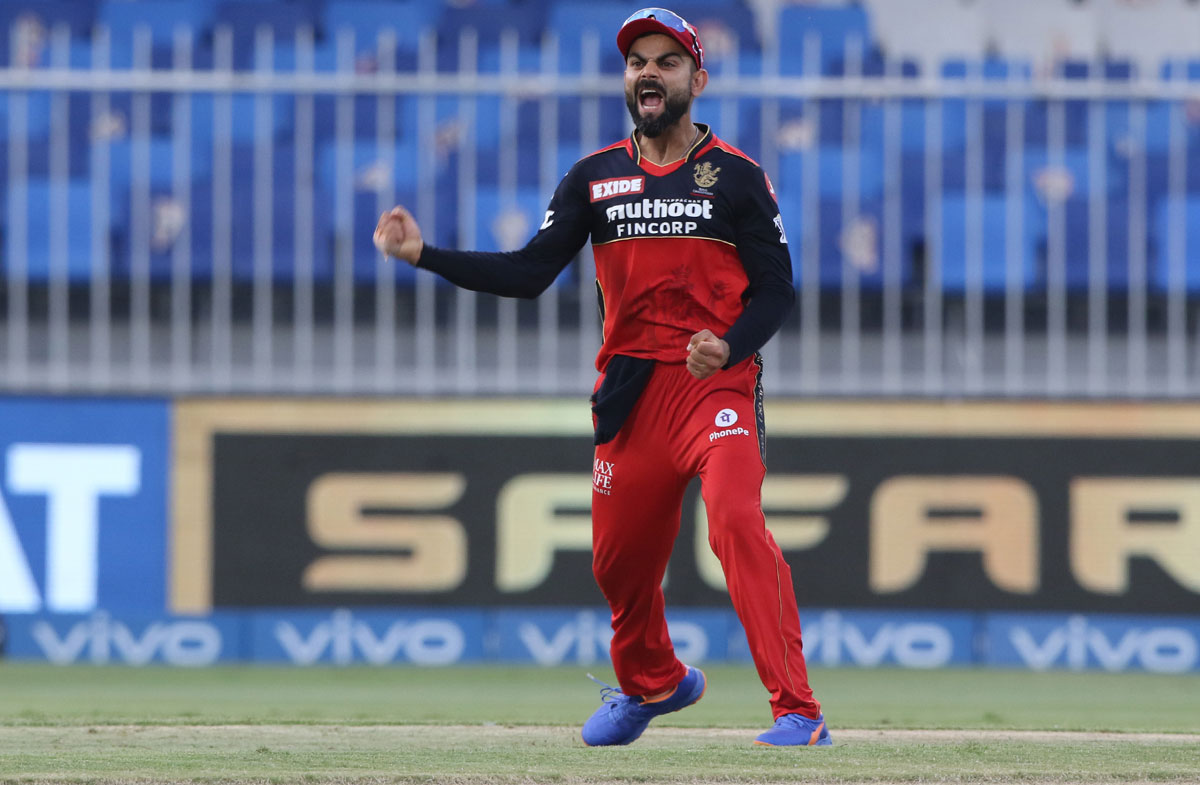 IMAGE: Royal Challengers Bangalore captain Virat Kohli seemed unperturbed that his side could not seal a top-two finish. Photograph: BCCI

Royal Challengers Bangalore skipper Virat Kohli believes ‘Qualifiers’ and ‘Eliminators’ are terms coined simply to create more pressure and insists that his side is capable of winning two more games to reach the IPL final.

RCB finished third in the points table behind Delhi Capitals and Chennai Super Kings and are slated to take on Kolkata Knight Riders in the Eliminator on Monday.

The skipper seemed unperturbed that his side could not seal a top-two finish.

“We have a lot of confidence on our team, if not the top two spot (on the points table), then we will have to win two more matches to reach the final, and we are fully prepared for that,” Kohli said on Star Sports show Inside RCB.

“You prepare for all kinds of possibilities, and the way I see it, Qualifiers and Eliminators are just terms that exist to create more pressure for these matches.”

“When you play cricket, you either win or lose, so when you think you have two options (winning or losing), then that mindset can possibly turn into a negative one,” he added.

Should RCB win against KKR, they will have to overcome Delhi in the second Qualifier on Wednesday, to set up a summit clash against Chennai Super Kings.

“Our focus is to go out, execute our plans and win games. When your only option is winning, and losing is not an option, then your performance reaches another level and I feel our team is in the right space to execute our plans.”

Former South African batsman AB de Villiers feels there won’t be much change in the team’s game plan going into the play-offs.

“Naturally, the intensity goes up when everything is on the line, you think back to when we started the IPL to now – we have put in a lot of effort, so it is natural for the juices to start flowing a bit more.

“Skillset stays the same, my game plan won’t change much, and I think the cricket that we are trying to play will not change much.

“He (Kohli) will be full of adrenaline, as always. And he will be making sure we all are in the fifth gear once the eliminator starts.”