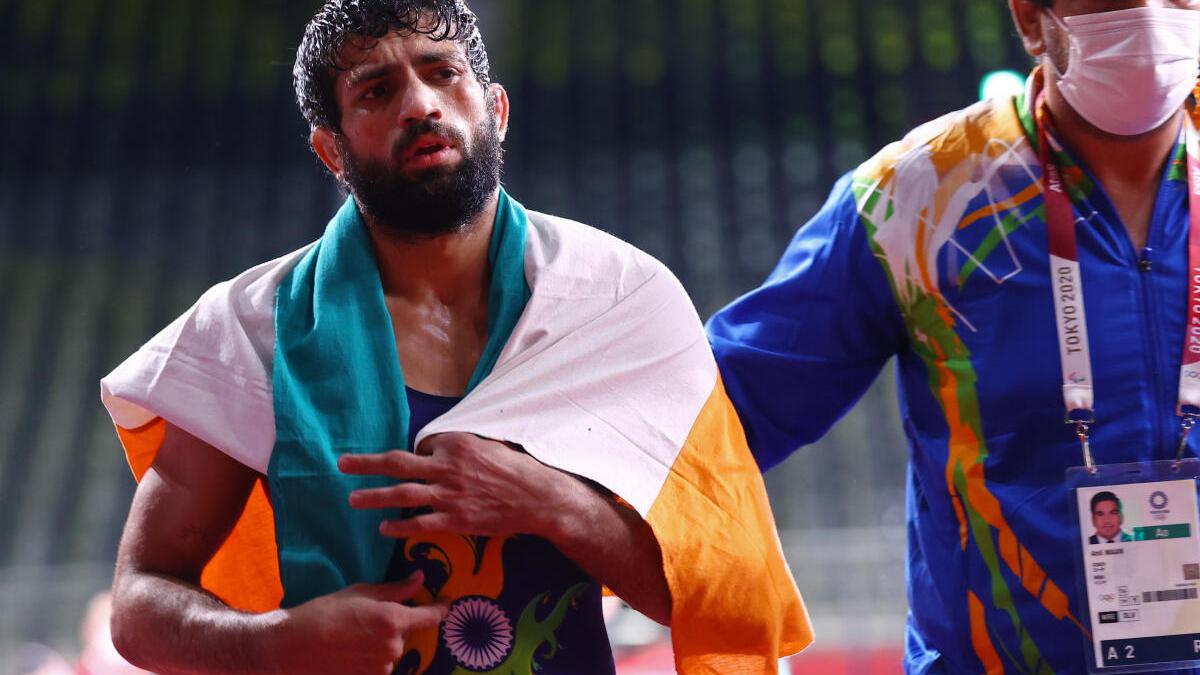 Ravi Kumar Dahiya settled for the silver medal after losing 7-4 to World champion Zaur Uguev of Russia in the keenly-fought men’s 57kg freestyle title clash of the Tokyo Olympics on Thursday.

The 23-year-old became only the second Indian wrestler, after Sushil Kumar, to get a Games silver.

In the much anticipated contest, Uguev took an early lead by pushing Ravi out of the circle twice. Ravi, a Worlds bronze medallist and a two-time Asian champion, caught up with the Russian through a fine takedown from the left.

Sooner than later, Uguev restored his lead to go into the second period with a 4-2 advantage.

The Russian surprised Ravi with one of his fine moves and extended his lead to 5-2. He inflated his lead with another takedown.


Ravi gave his best to break the solid defence of Uguev and reduce the margin to 7-4. The Indian wrestled his heart out in the closing seconds but could not stop Uguev from achieving the rare honour of being a World and Olympic champion.

For a change, Ravi became emotional after losing the bout. He had earlier lost to Uguev in the semifinal of the World wrestling championships in Nur-Sultan, Kazakhstan, in 2019.

After managing a 2-1 lead in the opening period of his bronze medal match, Deepak held on to his slender lead for most part of the second period. However, the perseverance of Amine, a European bronze medallist, paid off as he broke the Indian’s resistance to manage a takedown with less than 10 seconds to go.

Deepak’s challenge was in vain as he left the wrestling hall in a state of shock.