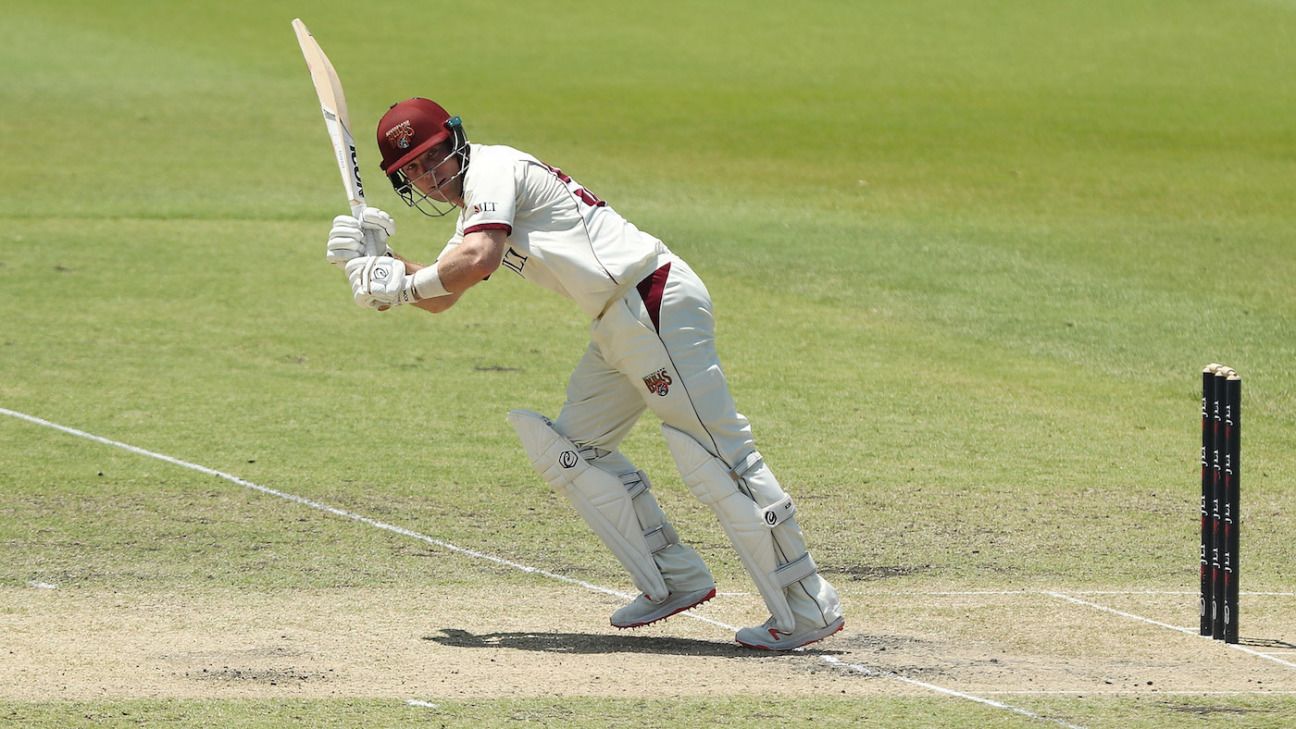 Queensland’s rescheduled trip to Adelaide got off on the wrong foot after the team van was broken into and some playing equipment stolen ahead of Thursday’s Sheffield Shield clash with Tasmania at Karen Rolton Oval.

Thieves broke the van’s window while it was parked outside the team hotel and stole some gear. Queensland wicketkeeper Jimmy Peirson posted a photo on his Instagram of the van’s broken window stating that he was “the unlucky one” to have a couple of brand new bats stolen.

Queensland have reported the incident to South Australia police who are investigating the matter using the hotel’s CCTV footage.

The Bulls begin their title defence on Thursday against Tasmania having been forced to fly out of Queensland after a Covid-19 outbreak in Brisbane. The game was initially set to start last Tuesday at Ian Healy Oval in Brisbane but the game was postponed due to four cases being reported in the city. Tasmania made the decision to fly home.

Cricket Australia subsequently rescheduled the fixture to be played in Adelaide this week. The Queensland players and staff have been free to enter South Australia and do not have to quarantine however they did have to undergo a Covid-19 test on arrival, with all members of the travelling party returning negative results. The squad can move around Adelaide freely but do have to undergo two more tests on days five and 12 after their arrival.

CA is still yet to confirm whether New South Wales and Victoria will be able to enter South Australia and begin their Sheffield Shield and Marsh Cup campaigns. NSW were scheduled to fly to Adelaide on Monday to undergo a 14-day hard hotel quarantine but those plans were put on hold by the South Australian government. CA, NSW and Victoria are continuing talks with the SA government in the hopes an agreement can be reached.

Both states have requested seven days of training for their players after any potential 14-day isolated quarantine meaning that neither side will be able to play until at least late October or early November.